Photo Of The Day: Meet The Hero Who Stood Up To The Oregon Gunman 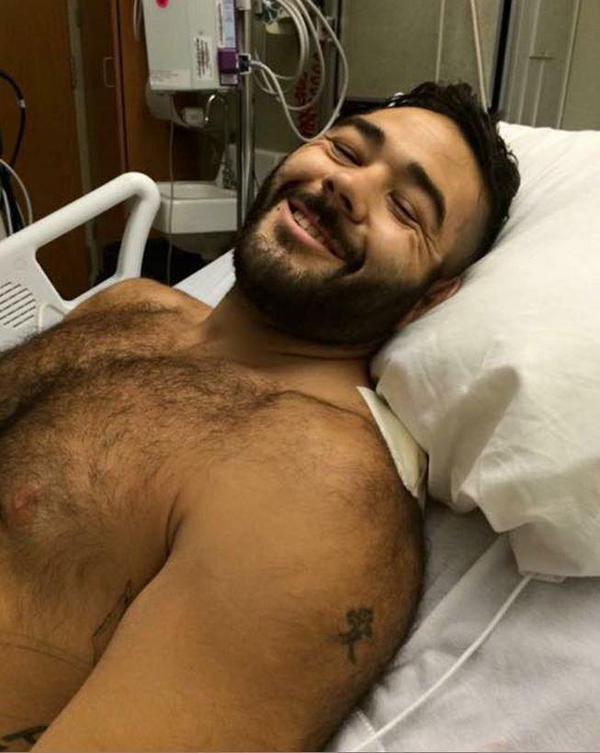 Chris Mintz, the hero that charged the UCC shooter to help save others is doing fine after having surgery to remove seven bullets. Image Source: Reddit

“You aren’t getting by me.”

This was uttered by Chris Mintz, the 30-year-old Army veteran and student at Umpqua Community College, to the gunman Christopher Harper Mercer during his shooting spree at the campus last Thursday.

Mintz attempted to block the classroom door to keep Mercer from entering and harming himself and others in hiding, but was shot three times through the door. After Mercer broke into the room, Mintz reportedly said, “It’s my son’s birthday,” yet Mercer continued to shoot him. The shooting left both of Mintz’s legs broken. Doctors say Mintz will survive his gunshot wounds, but will likely have to learn to walk again.

The shooting left ten people dead, including Mercer, who died of a self-inflicted gunshot wound.

A White House petition posted last Friday is calling on President Obama to award the Presidential Medal of Freedom–the highest civilian award to individuals who have made “an especially meritorious contribution to the security or national interests of the United States, world peace, cultural or other significant public or private endeavors”–to Mintz for his heroic actions. The petition already has over 13,000 signatures, but needs about 87,000 more to grab President Obama’s attention.

For more on gun violence in the United States, check out this chart.