Church Of England Supports Gay Marriage, Then Calls It An Accident 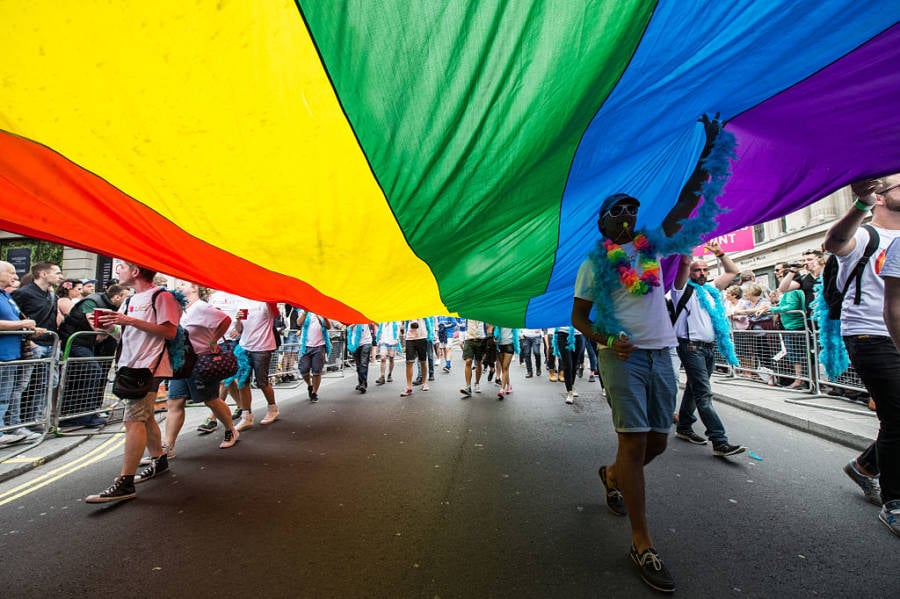 Gay rights advocates were thrilled Wednesday, after the Church of England voted against a report suggesting the Church maintain its stance on marriage being exclusively between a man and a woman.

LGBTQ celebrations were somewhat dampened, however, when multiple members of the legislative body admitted they had only voted against the rule accidentally — not understanding how the electronic voting handsets worked.

The ruling was seen as a last hurtle after decades of debate on the topic.

Bishops had composed the report intending to reaffirm the idea that same-sex couples should be excluded from Church blessings, while calling for “a fresh tone and culture of welcome and support for lesbian and gay people.”

The report took three years and cost about 300,000 euros to draw up.

In a country where gay marriage has been legal since 2014, this statement was not received warmly by LGBTQ citizens and allies who want to identify with the Church, but have trouble reconciling their moral stance with this component of the Christian teachings.

The Church of England – it will bless a warship it won't bless an LGBT couple. Get back in touch when you join the modern world. #r4today

“Proud to be gay…Now make me proud to be Christian,” one protestor’s sign read.

The Church’s governing group (known as the synod) decided not to “take note” of the report, by a close vote of 100 to 93.

There was some confusion in the aftermath of the session, though, when one bishop admitted that he had mistakenly pressed the wrong button on his handset. Soon after, a second member also apologized for accidentally voting against the report.

Due to the closeness of the decision, these mistakes caused some trepidation. But a spokesperson for the Church has announced that the vote is final.

“It is the responsibility of synod members to follow debates and the business of synod carefully and to cast their votes accordingly,” the spokesperson said.

And so — despite the church members who appear to be stuck in another era both ideologically and technologically — the report is scrapped. Bishops will have to go back to the drawing board to draft up a new official approach on gay rights within the context of the Church.

The fresh take will send an especially important message in this institution — since many Anglican church members reside in African countries where same-sex relationships are not only unsupported, but criminalized.

“In my own African context, and more specifically my Nigerian context, the single most pressing issue around human sexuality is the criminalisation of homosexuality,” Bishop Idowu-Fearon said. “The struggle for the legal, social, spiritual and physical safety of our gay and lesbian brothers and sisters is our issue in Nigeria and other places in Africa.”

It has been suggested that the next report might make better use of voices from the LBGTQ community within the church.

“The current report is not the end of the story,” Archbishop of Canterbury, Justin Welby, said. “We will — as the bishops — think again and go on thinking. We will seek to do better.” 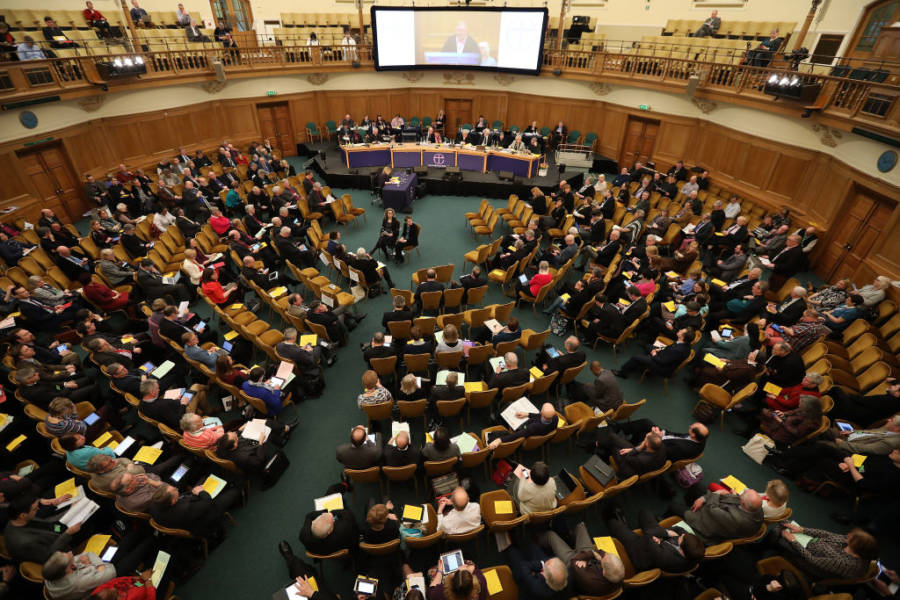 Photo by Dan Kitwood/Getty ImagesLONDON, ENGLAND – FEBRUARY 15: Members of the church listen to speakers at the General Synod in Assembly Hall on February 15, 2017. Members of the Church of England voted on its position to same-sex marriage.

Next, learn about some of the most shocking facts about gay conversion therapy. Then check out these vintage photos from the early days of the gay rights movement.