Why You Need To Celebrate Christmas In Nuremberg 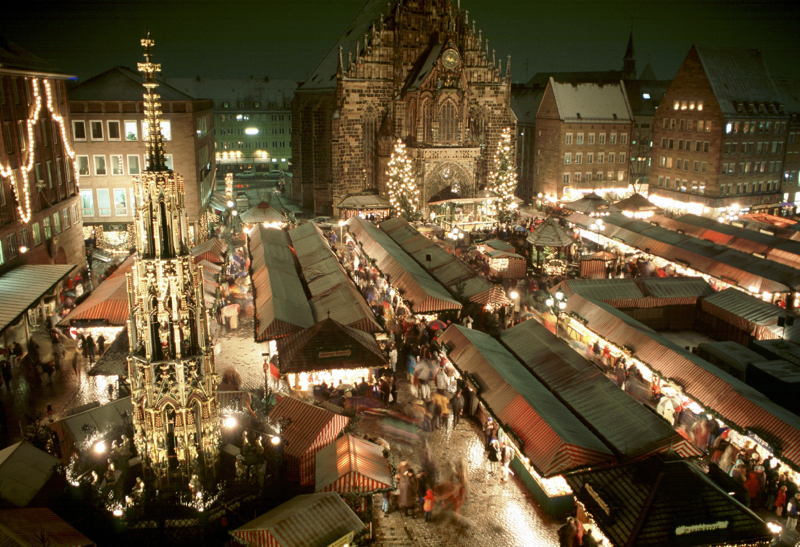 What epic holiday celebration brings together good food, lavish decorations, handmade arts and crafts, and a female angel called Christ-child? The Christmas Market, that’s what. The tradition is an old one that dates back to the 15th century in the German-speaking parts of Europe, and one of the most extravagant iterations takes place in Nuremberg. 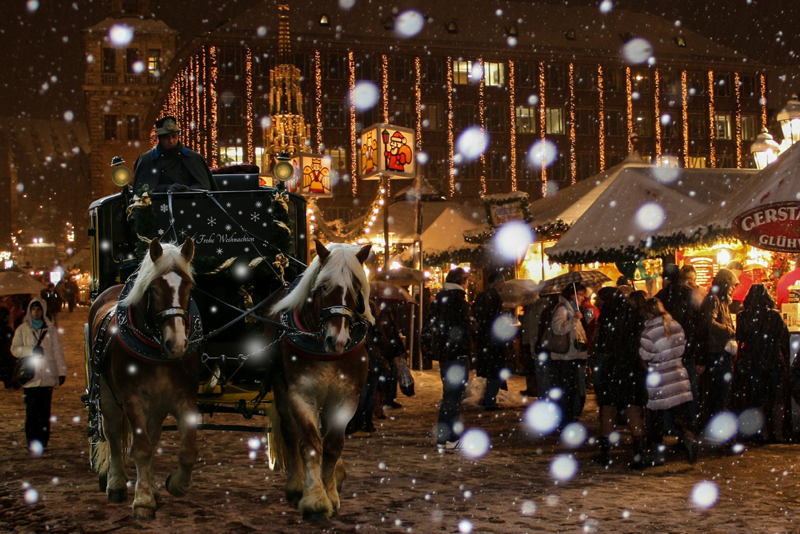 In southern Germany, the Weihnachtsmarkt, or the Christkindlmarkt (Christ child market) takes place over Advent. The Christkind is the gift-giver of the season, and children open their presents on December 24th. 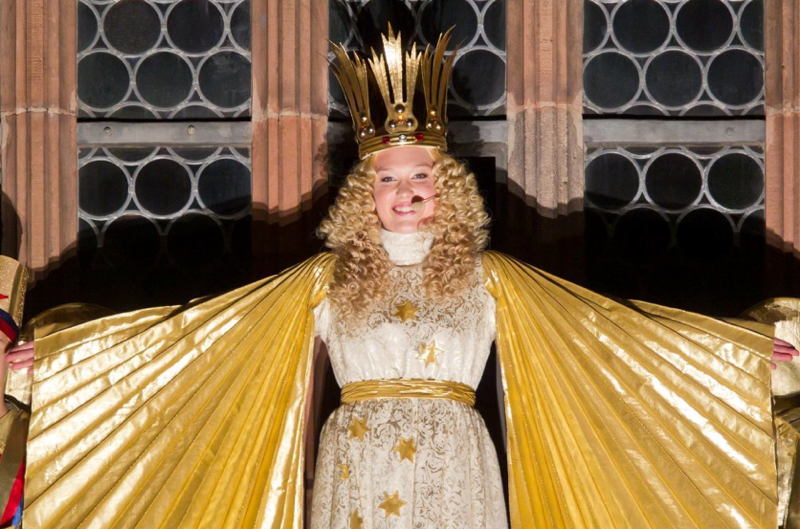 The concept of the Christkind, sometimes portrayed as Jesus or an angel, was originally promoted by Martin Luther to explicitly discourage prayer to St. Nicholas and promote further separation from the Catholic Church. 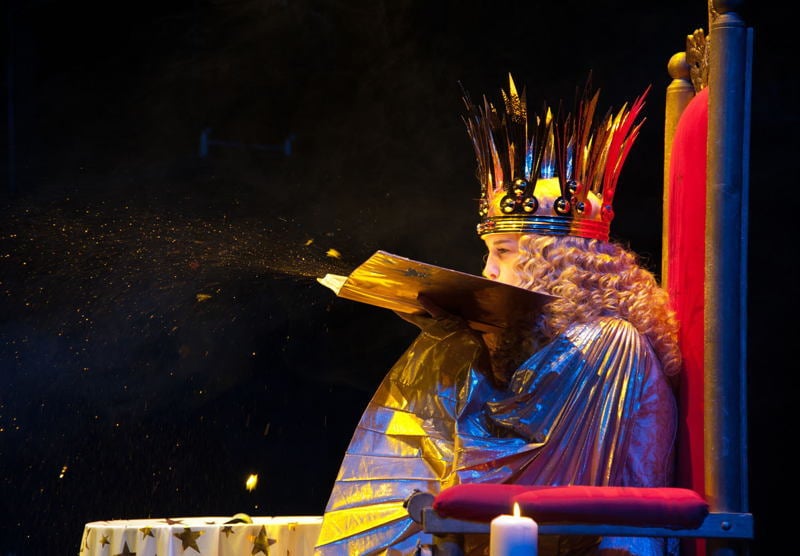 However, Saint Nicholas does bring well-behaved children sweets and small presents on the night of December 5th. Some traditions are difficult to break. 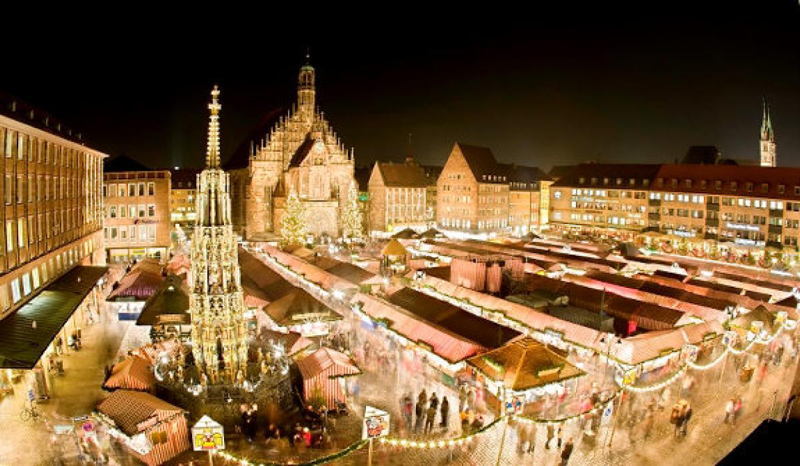 Even though Germany is arguably the least religious nation in Europe, the Christkind remains the iconic symbol of the Christmas Market. Portrayed by a young female, she opens Nuremberg’s market on the Friday before Advent begins by reading a special prologue, and has significant responsibilities as a Christmas angel. She must give interviews, visit other cities, work with the poor and elderly, and interact with children. Each year, girls between the ages of 16 and 19 compete to be the Christkind, with only those who are at least 5’2” and unafraid of heights eligible for the spot. 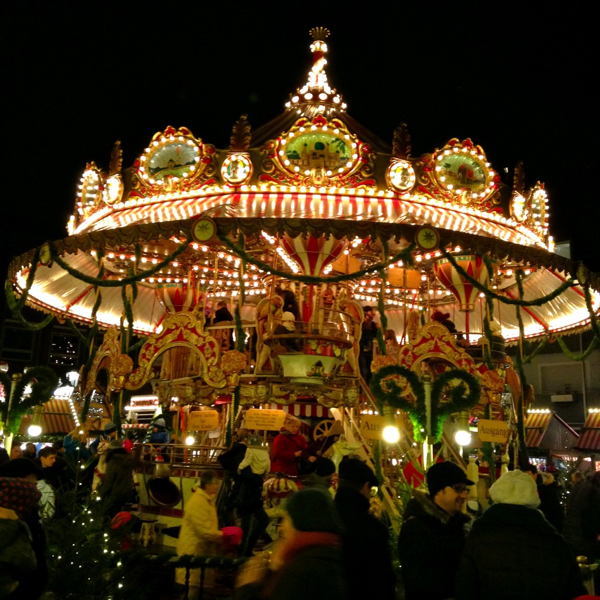 The Christkind’s fame has hopped across the pond—namely Chicago. The previous years’ Christkind opens the Chicago Christmas Market by reading the traditional prologue in English. 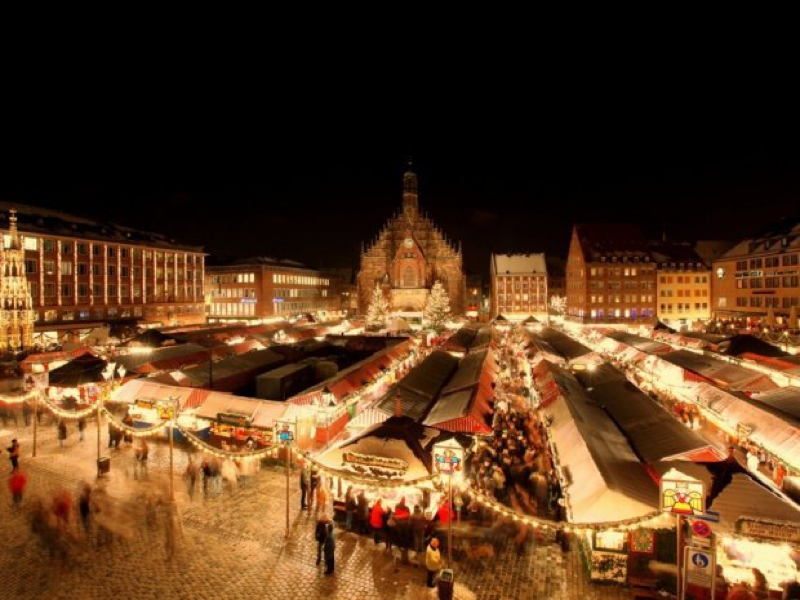 One of the Christkind’s important tasks is to lead 1,000 students in the mid-December lantern procession through the Christmas market. Children make their own lanterns in myriad shapes and parade through the streets to the castle that overlooks the town. The event commemorates the first parade that took place in 1948 when, following World War II, Nuremberg was still in ruins. 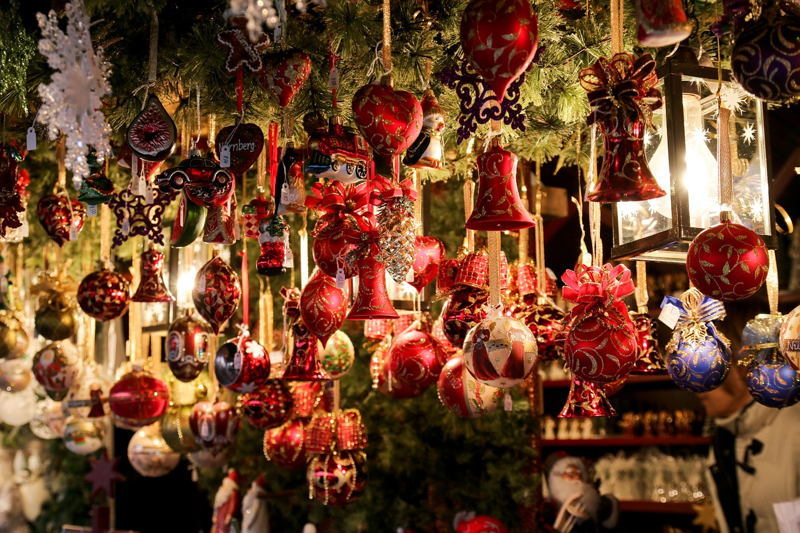 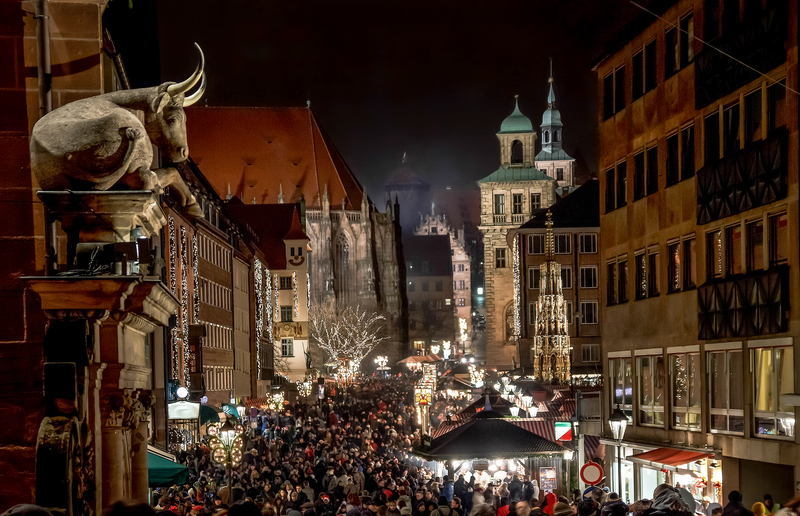 Nuremberg’s Christmas Market sets up camp in the Hauptmarkt in the middle of the city and oozes medieval charm. Traditional foods are served, including pretzels, sausages and lebkuchen, the German answer to gingerbread. All of these delicious treats should be washed down with a mug of glühwein, a sweet, red wine flavored with mulling spices and served warm. 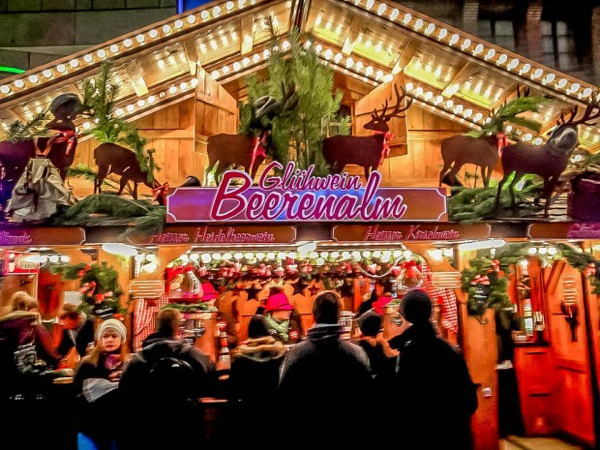 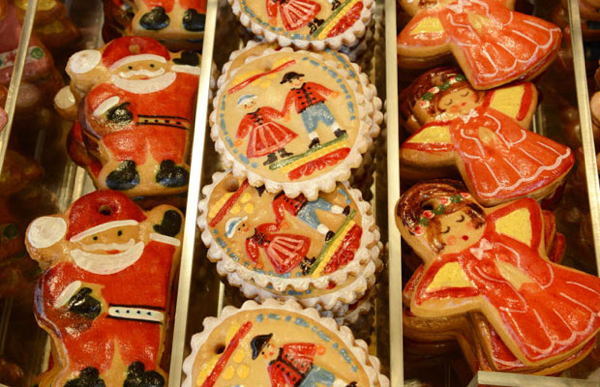 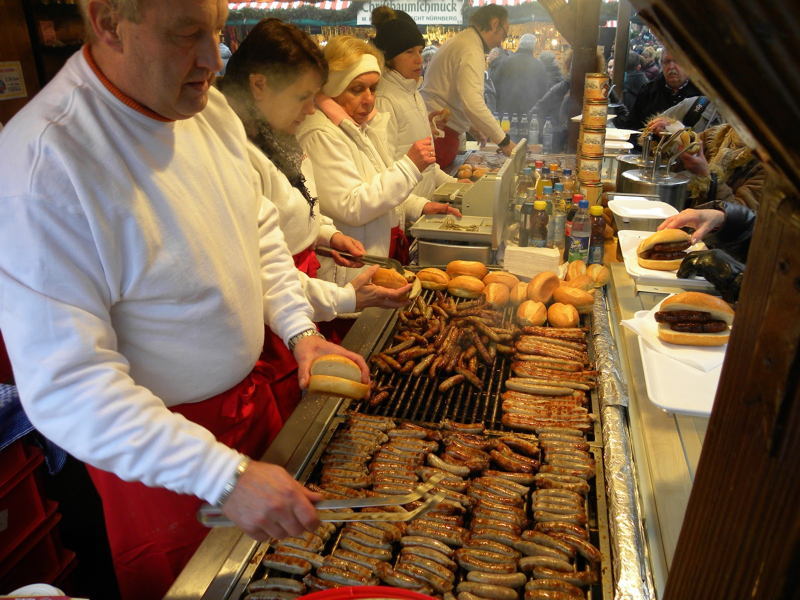 One hundred and eighty wooden stalls fill the square with roofs that are reminiscent of candy canes. This antique appearance has earned the market the nickname “Little Town from Wood and Cloth.” 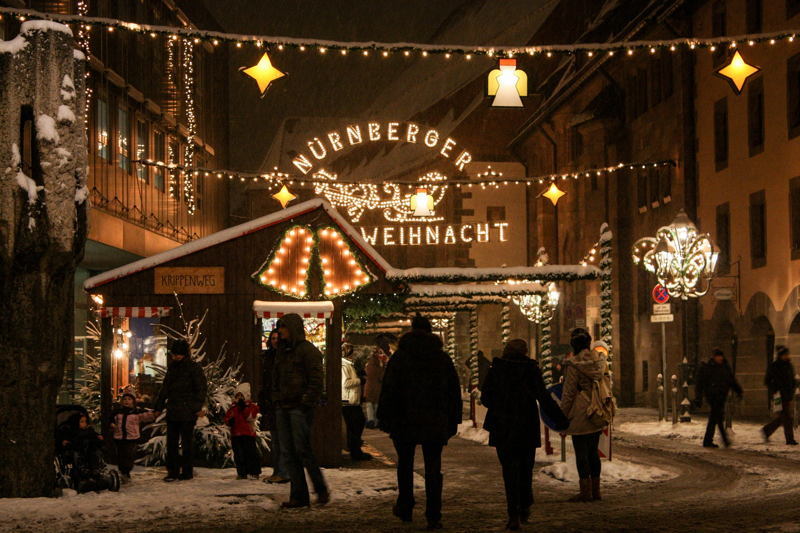 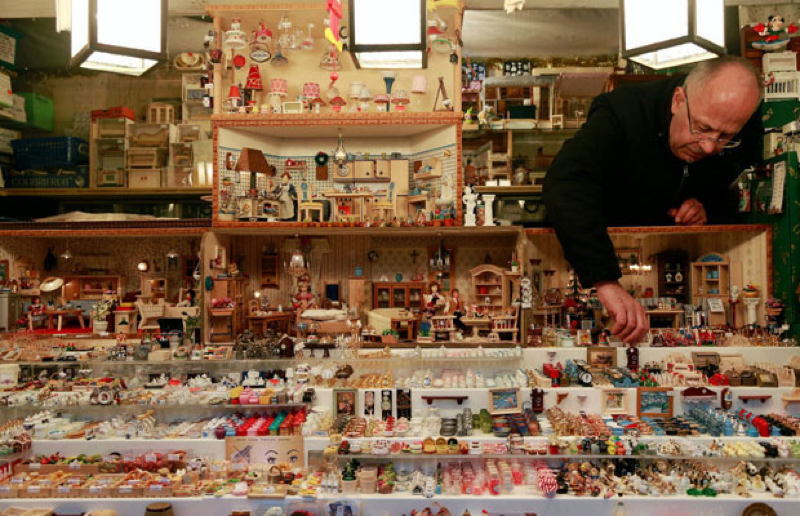 Organizers are serious about maintaining a specific marketplace aesthetic and forbid plastic garland, mass-produced toys and pretty much anything you might see on Honey Boo Boo’s Christmas tree. Even taped Christmas music is verboten. 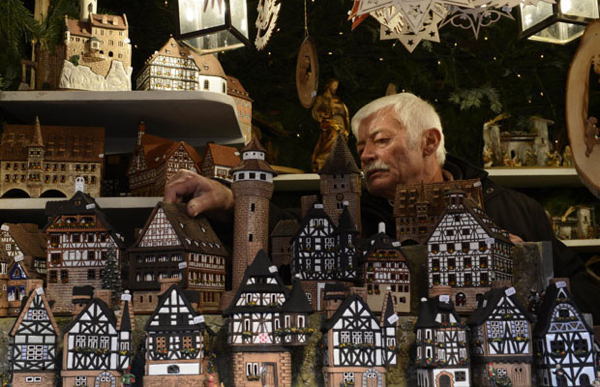 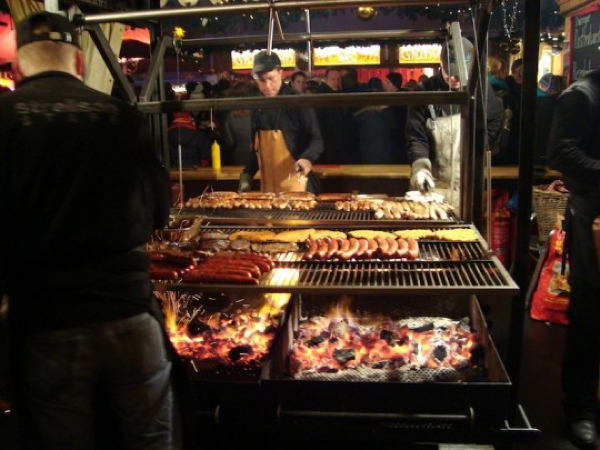