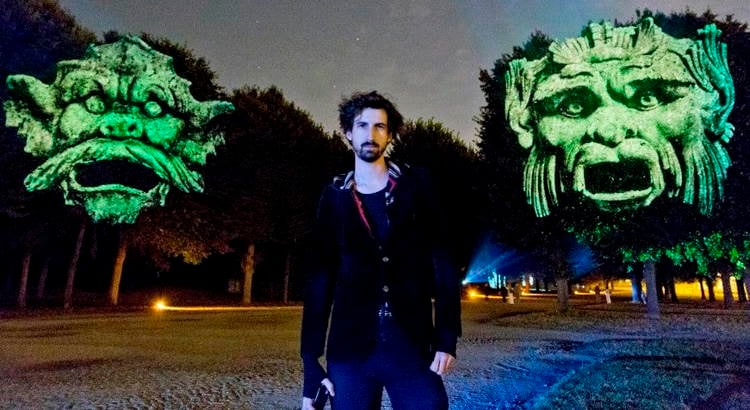 Most photographers are content with capturing reality, but French photographer Clement Briend prefers to create them. As part of a two-step creative process, Briend modifies large, photo-quality format projectors to adjust light flow, then carefully chooses both a surface and an image to project upon it.

His most famous example to date is the “Cambodian Trees” installation, where Briend brought Cambodian deities to life during a Phnom Penh festival. With their likenesses cast upon the trees amid urban sprawl, the twilight incarnation of these cultural figures gives these photos a very surreal quality. 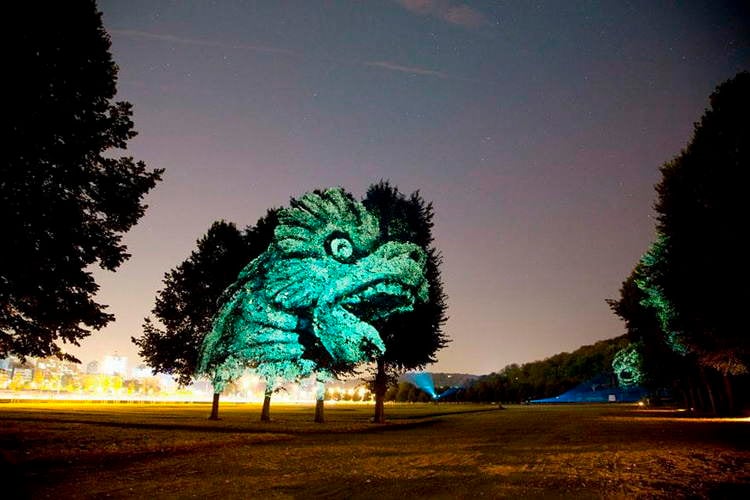 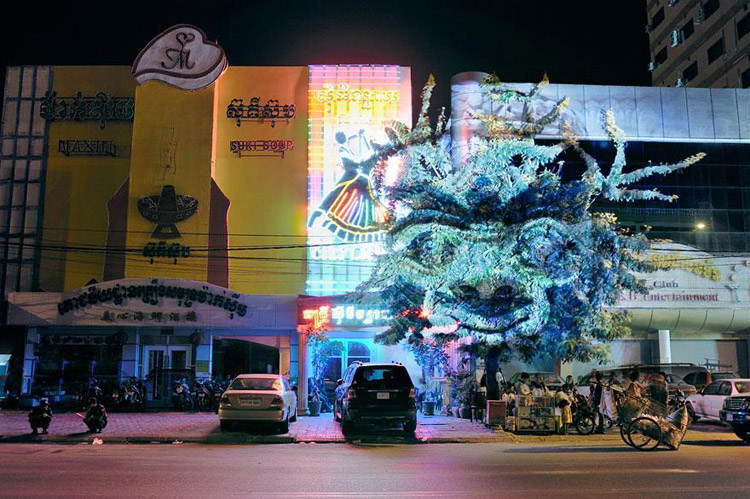 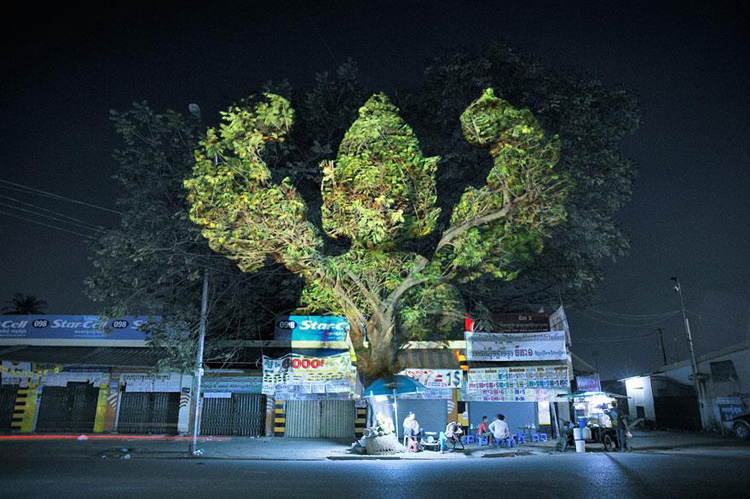 A 2008 graduate from Ecole Louis Lumière in France, Briend now continues his educational journey by teaching at the University of Valenciennes in Paris. He has this to say about the “Cambodian Trees” project:

“It’s a beautiful surprise when the projected spirits awaken and reveal themselves at night as though they are made of the towering trees themselves. The photographic light installations echo the spirituality of the few sprouts of nature in the predominantly urban landscapes. It is a visual imagining of the divine figures that inhabit the world, as seen through an environmentally aware spiritual eye.” 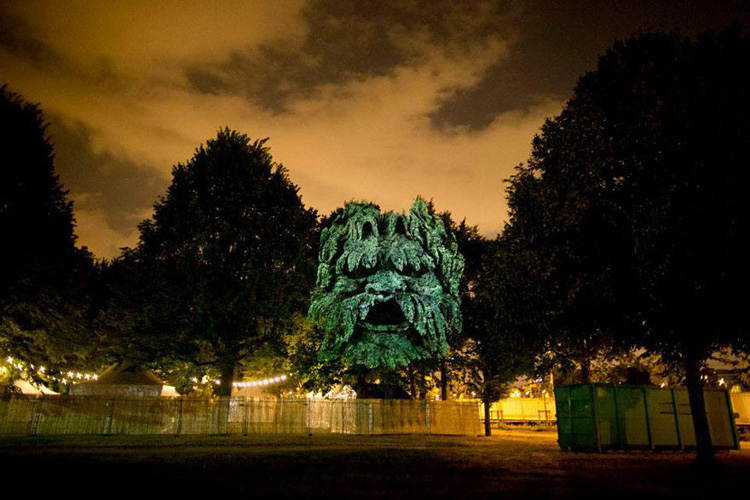 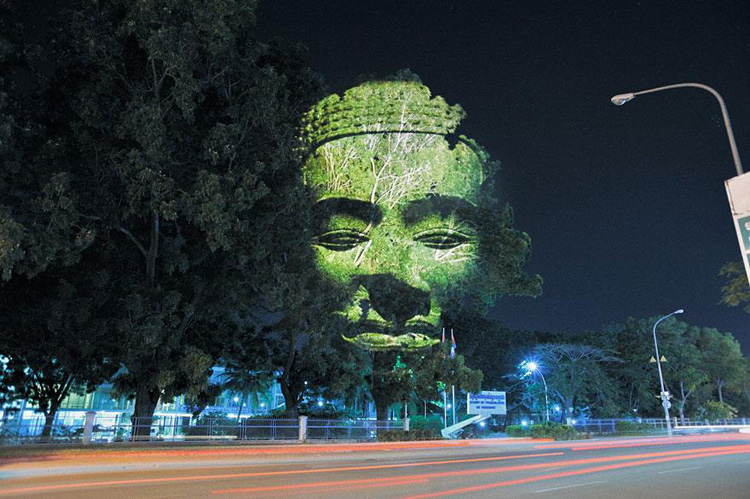 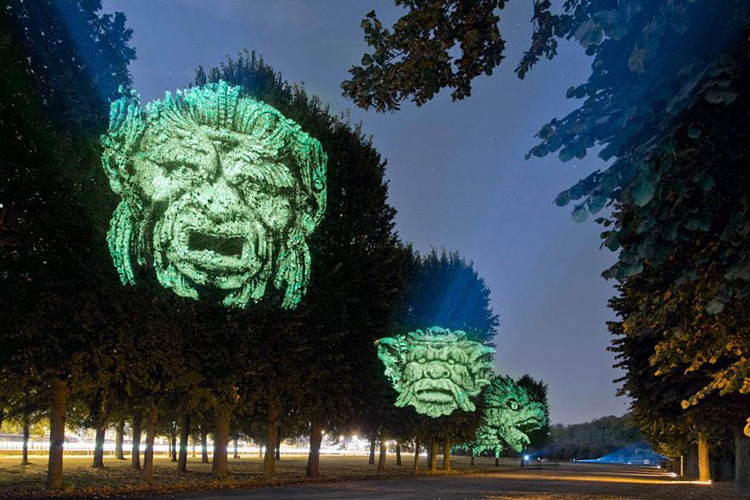 His head isn’t always up in the trees, though. In a slightly more controlled environment Briend can transform simple rooms into outdoor spaces or create fabulous skylines with only a white wall and one of his modified projectors.

On his website, you can see photo sets reflecting this technique in the folder entitled “In Berlin”. Here, Briend grants visitors a glimpse into his imagination, where they can see everything from a distracted man in the middle of a carnival to a forlorn looking student with future travel on his mind. 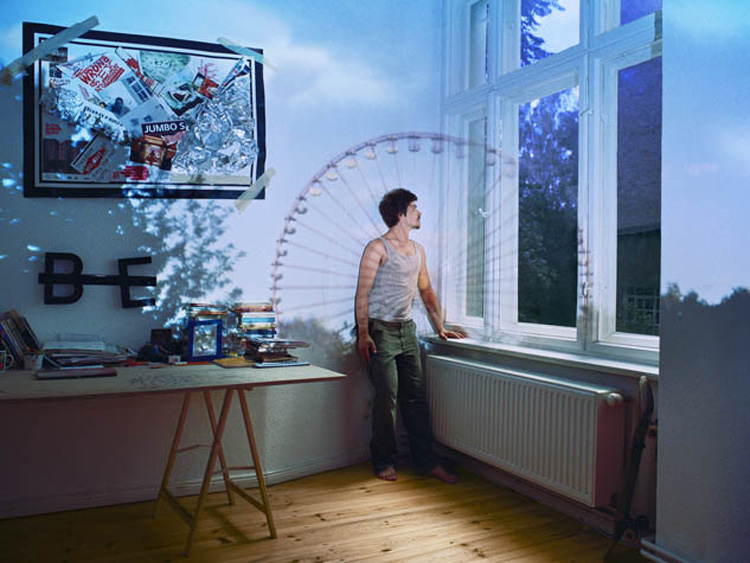 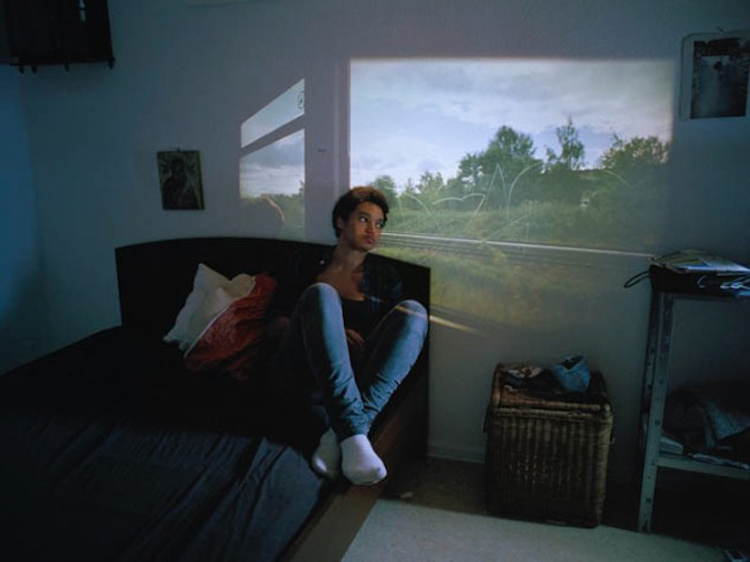 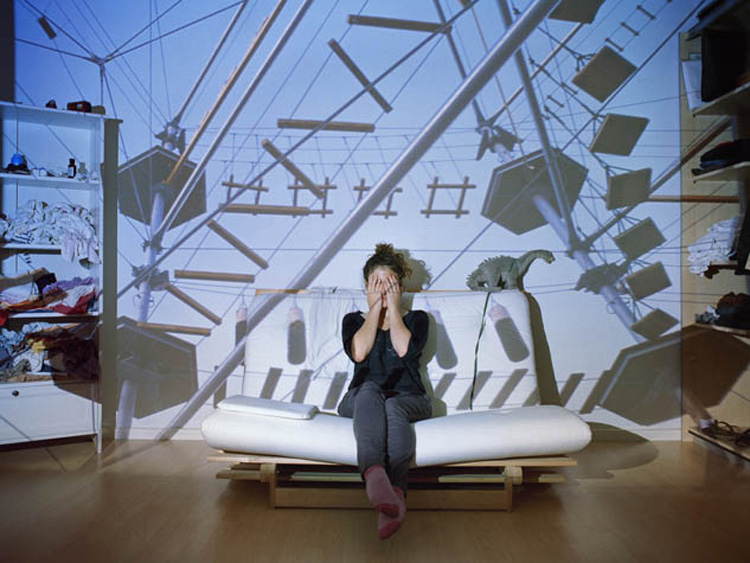 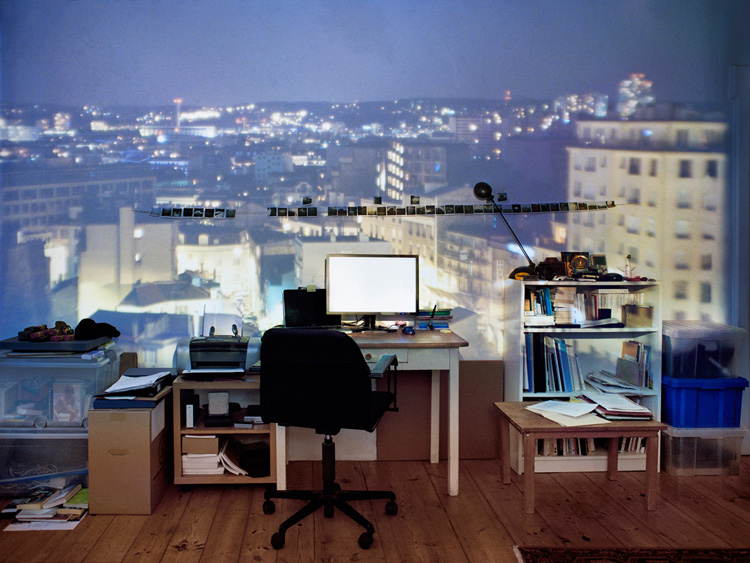 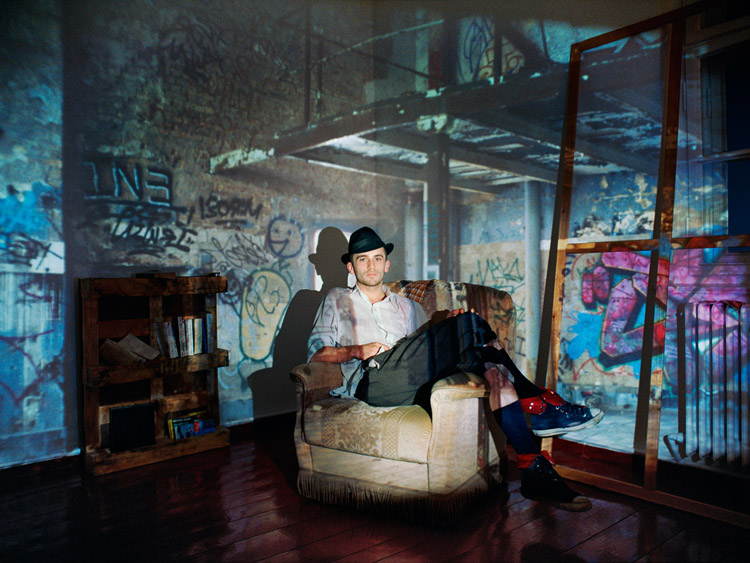 Also present on Briend’s website are photographs taken for the Rock en Seine festival, which highlight the importance of people in giving meaning to a place. In these photos, Briend projects various photos of the public onto iconic national monuments, creating a surreal dimension in which the human contours of our history come to life. 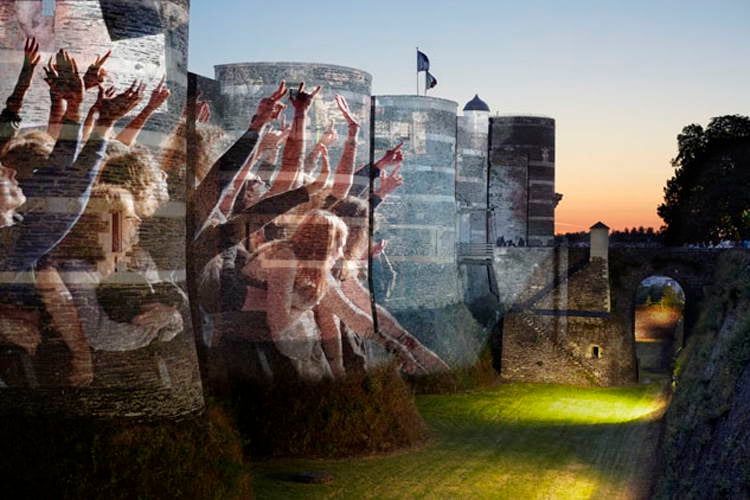 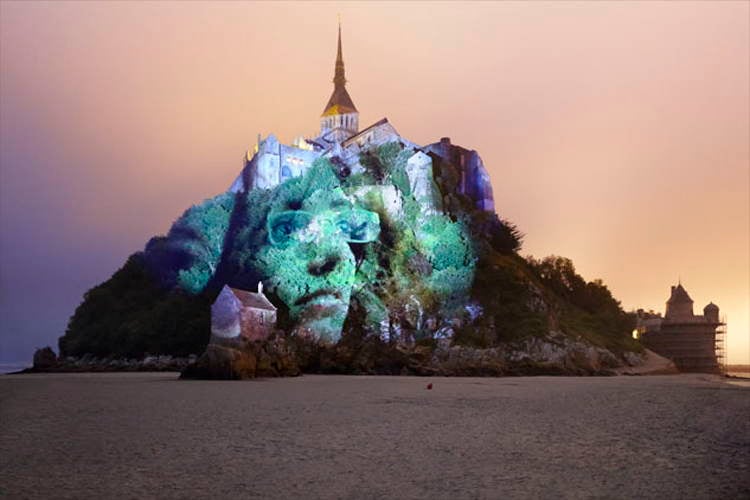 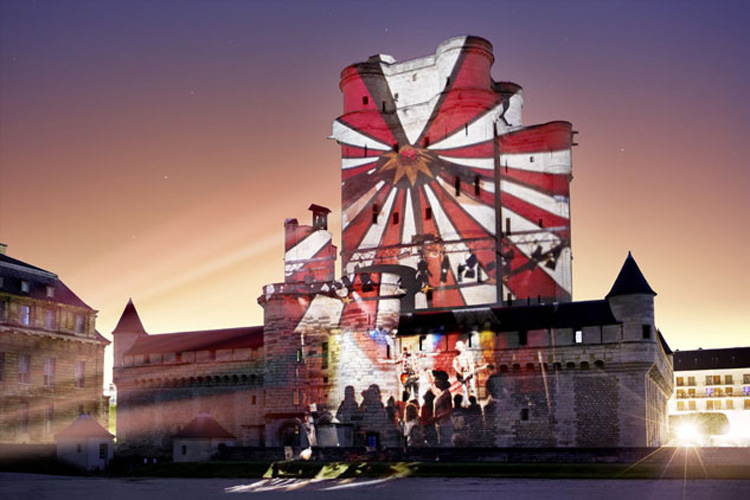 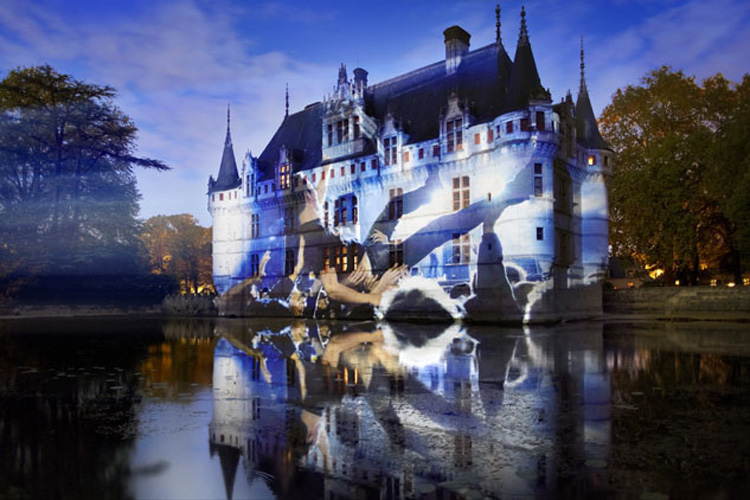 In his simply-named “City” collection, Briend asks us to challenge our perceptions of the real. Says Briend, “These images are attached to confuse on the same plane two dissimilar natures spaces: one from the recording of reality and a second made ​​by the projection of my eye. Projections are worked not as a simple collage where the eye could extract the projected reality captured form, but as a melt in photography to question his nature image. Projections then become images that inhabit the city to transfigure our perception.” 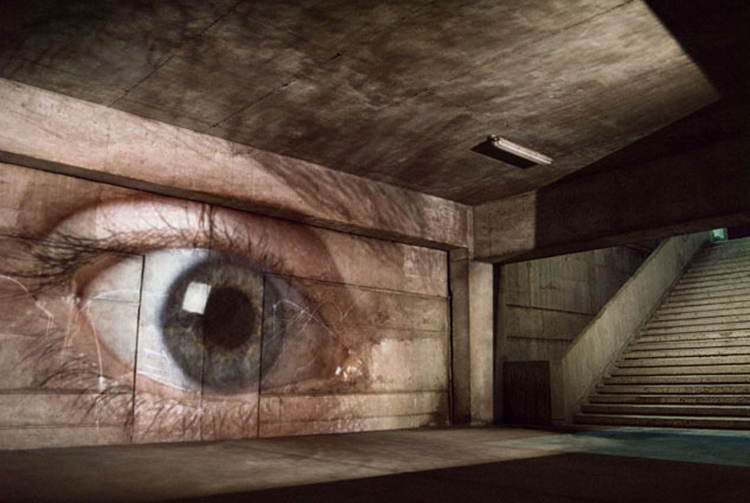 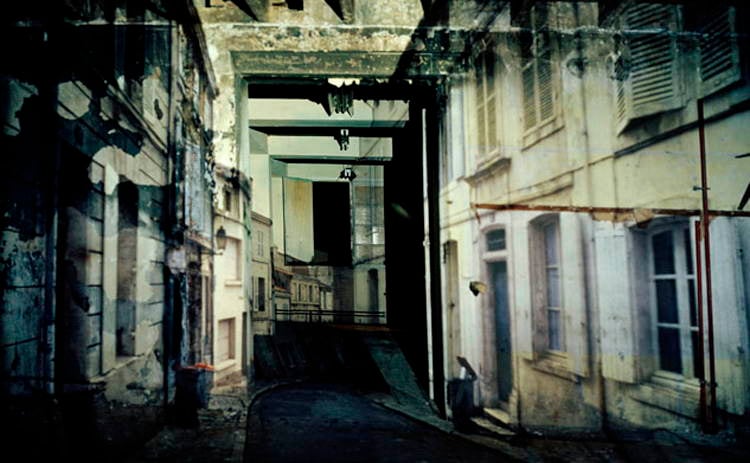 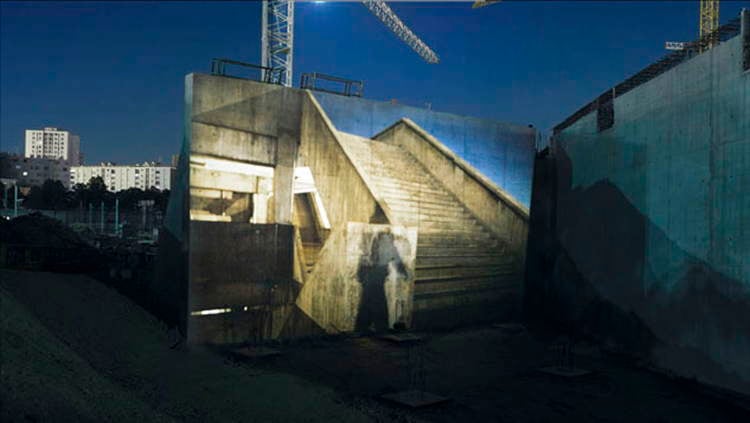 In perhaps his most minimalistic collection, “Blanc” explores how we create our own inner worlds of escape. He muses: “Blank page, canvas, photo paper, and white areas are where the images are projected worn by artists.

In these photographs, they are part of a space to become an opening to our own inner world. Sometimes cinema screen, window or simply opening each reconstructs that can evoke these enigmatic projections. Light removes the materiality of media to transfigure reality to a territory projection born of our own eyes.” 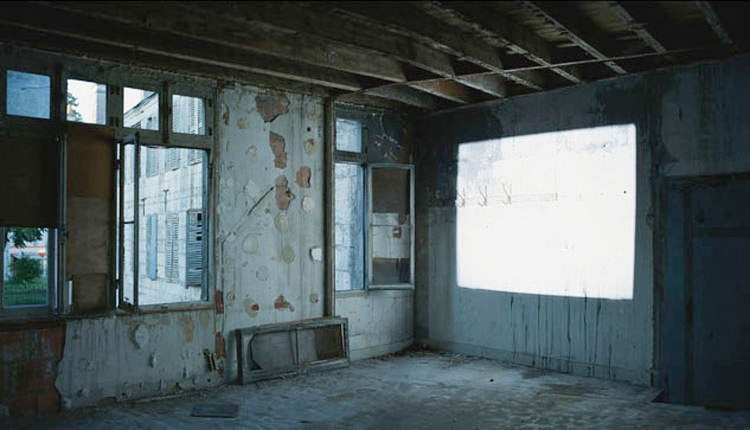 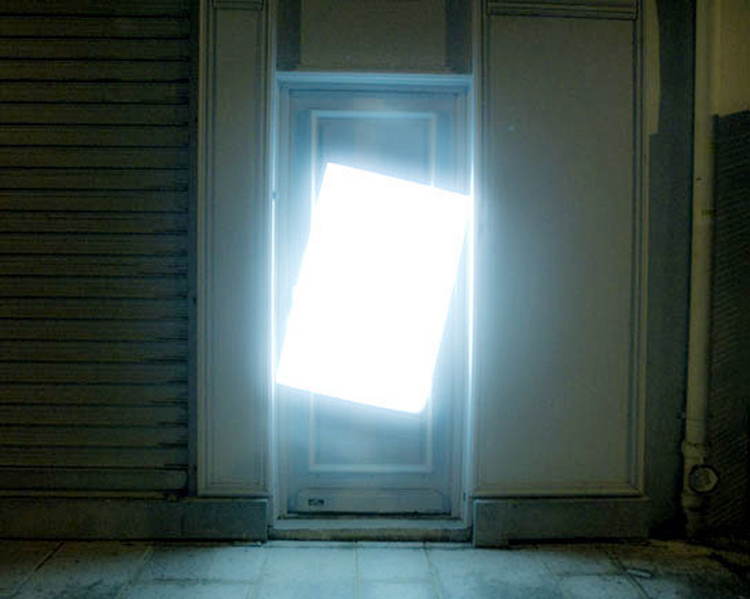