Drinking More Coffee Makes You Live Longer, According To Science 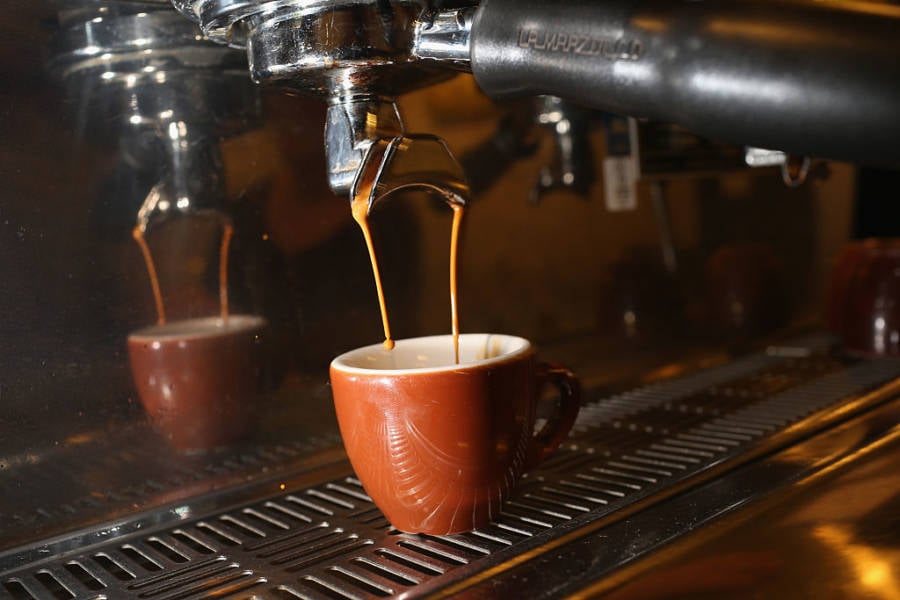 You know what they say: Three to five cups of coffee a day keep the doctor away!

Or, that’s what they should say.

Two new studies, published Monday, have reaffirmed what people have known for centuries: your daily cup of joe gives you life.

To reach this conclusion, researchers in the first study surveyed 520,000 people in ten different European countries — making this the largest-ever project examining the connection between coffee and mortality.

Their findings confirmed previous studies, just on a larger scale: The more coffee consumed, the longer the life.

People who drink three or more cups a day (a cup = 8 ounces) have a lower risk for any kind of death than people who don’t drink any.

And former studies help the list go on: regular java intake can help back pain, Parkinson’s disease, back pain, Alzheimer’s!

The second study was different from prior research in that it focused primarily on non-white populations — surveying 185,000 Native Americans, Japanese-Americans, Latinos and black people, in addition to white people — and the results were the same.

“All these people have different lifestyles,” Veronica Wendy Setiawan, a USC professor who led the latter study, told CNN. “They have very different dietary habits and different susceptibilities — and we still find similar patterns.”

Not only does coffee work its caffeinated magic on all races, it works in all countries studied — suggesting that even different preparation methods can’t subvert its life-giving power.

“We looked at multiple countries across Europe, where the way the population drinks coffee and prepares coffee is quite different,” Marc Gunter, who co-authored the Europe study, told CNN. “The fact that we saw the same relationships in different countries is kind of the implication that its something about coffee rather than its something about the way that coffee is prepared or the way it’s drunk.”

The benefits can be enhanced, however, by using filters (which means French presses and Turkish coffee are a little less helpful).

Though smokers were studied separately in both studies, so their mortality-stunting habit wouldn’t skew the results, they were also found to benefit from drinking coffee.

Researchers do warn that these findings don’t necessarily mean you should hook an IV up to your Keurig machine.

They don’t account for a couple key variables. Mainly, people who don’t drink coffee might not do so because of pre-existing health problems or lack of money. Both of these things could lead to shorter life spans.

Drinkers also have to be careful about the amount of cream and sugar they put in their coffee — as those ingredients can obviously have negative effects on health.

“I think that the solid conclusion is that if you’re a coffee drinker, keep drinking your coffee and be happy,” Dr. Alberto Ascherio, who was not involved in the study, said. And if coffee’s not your thing, “I think you can go on drinking your tea or water without a problem.”

The main takeaway is this: regular coffee-drinking isn’t going to hurt you.

This alone is big, since the drink has historically been accused of everything from stunting growth, to causing blindness, to giving you bad grades.

Coffee, it seems, is something the whole world can get behind.

Next, learn about your brain looks like on coffee vs. beer. Then, check out this one image that teaches you everything you need to know to be an expert coffee-drinker.