"[These urchins] are minute but terrifying," a scientist studying them said. 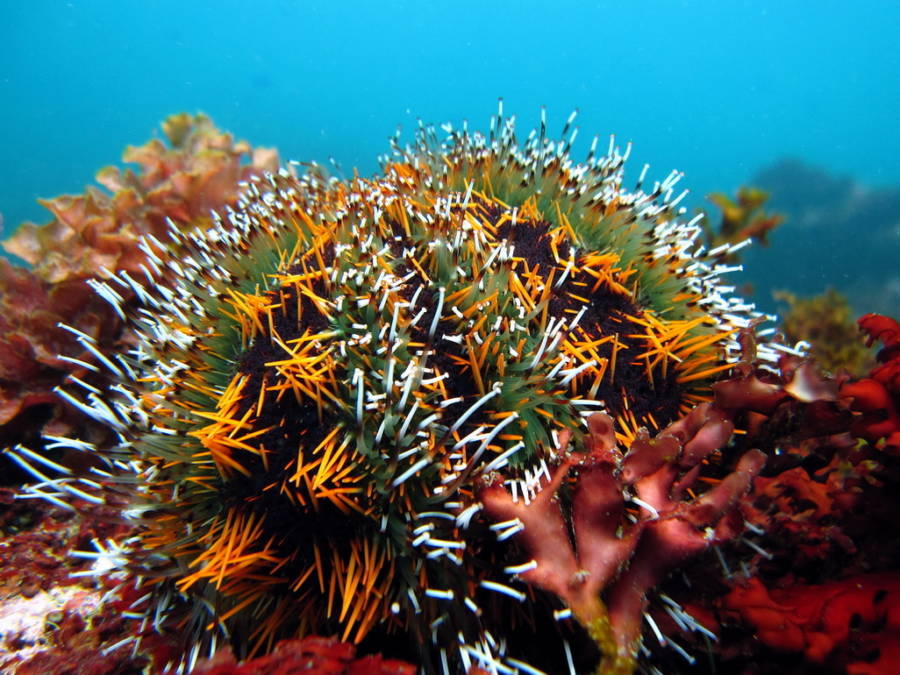 If you’re in the market for a pet, the collector urchin is probably not the way to go.

Though they might be aesthetically pleasing — small and round with vibrant, multi-colored spikes — anyone who frightened your new friend would risk getting hit with a cloud of chomping, venom-spitting jaws.

Officially named the Tripneustes gratilla and nicknamed the cake sea urchin or the Parson’s hat sea urchin, these coral reef-dwelling creatures have developed a defense system much more elaborate than their urchin cousins.

Sea urchins characteristically have long spikes protruding from their hard and chalky shells with pedicellariae — black and white tube-like shoots topped with three-jawed biting heads — dispersed amongst them.

“The globiferous pedicellariae are minute and terrifying,” Hannah Sheppard-Brennand, a Ph.D. candidate studying the animal in Australia, said.

Pincer-like and occasionally venomous, they bite and attack predators. Though the pedicellariae are sometimes torn from the urchin — latching onto the predator and shooting it with venom — most species don’t have the ability to purposefully fire them off in a big bitey cloud.

That’s why the collector species is special.

If the little guys are attacked — usually by a puffer fish or an octopus — they are capable of deploying hundreds of the little jaws in just 30 seconds.

It takes about 40 to 50 days for them to regrow their arsenal after an attack, but it’s not a problem since they only use a fraction of the pincers each time (only in the tens when Sheppard-Brennand and her team poked them in tests).

When they’re not spraying little poison mouths into the ocean, the collector urchin enjoys continuous snacking on algae and seagrass. Like humans, they have been found to eat a lot more food from November to January.

Here’s an amazing video of collector urchins hanging out and eating sea grass with all of their sea creature friends:

Next, check out this tiny fangblenny fish that injects predators with opioid-like venom. Then, look at these photos of one Russian deep sea fisherman’s most bizarre discoveries.