Walking While Black? Cop Detains Black Man For Jaywalking, Gets Law Wrong In The Process

A Jacksonville officer detained, fined, and threatened Devonte Shipman for crossing the street illegally without an ID. 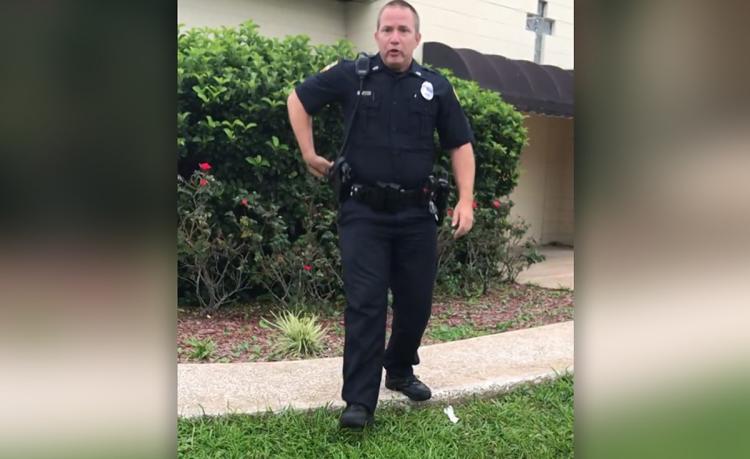 Most people don’t think twice about jaywalking. In New York, you do it ten times a day.

But last Tuesday, 21-year-old local Devonte Shipman and a friend were stopped and then detained by Sheriff’s Officer J.S. Bolen in Jacksonville, Florida for that very offense, the Miami Herald reports.

In a video that Shipman took of the encounter, he asks Bolen what he and his friend did wrong.

The clearly agitated officer tells Shipman and his friend that they had illegally crossed the street outside of the crosswalk.

“My bad,” Shipman responds without a hint of aggression.

Bolen then orders Shipman to the squad car, telling him and his friend that they’re being legally detained.

“For crossing the street, officer?” the friend asks, requesting a warning instead of a ticket.

But Bolen persists, continuing to threaten jail time for resisting an officer without violence, so they begin the walk to the car.

Bolen then asks for their identification, which Shipman says he doesn’t have. 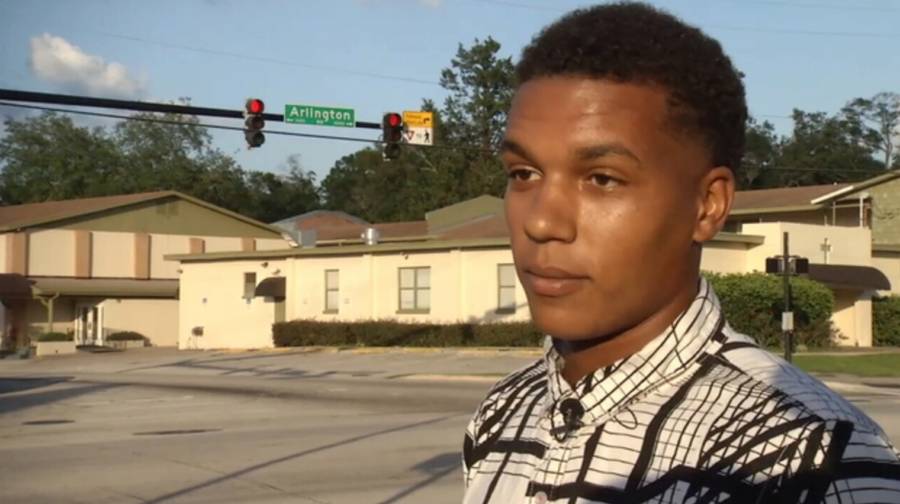 “That’s another infraction,” Bolen says. “In the state of Florida, you have to have an ID card on you identifying who you are or I can detain you for seven hours until I figure out who you are.”

But that’s not true. Florida law requires that all drivers carry a license. Pedestrians don’t need to have ID on them.

The citation that Bolen gave Shipman cites Florida Statute 322.15, which reads, as the Herald reports: “Every licensee shall have his or her driver license, which must be fully legible with no portion of such license faded, altered, mutilated, or defaced, in his or her immediate possession at all times when operating a motor vehicle and shall present or submit the same upon the demand of a law enforcement officer or an authorized representative of the department.”

Nevertheless, that ID “violation” resulted in a $136 fine for Shipman, with the additional $62.50 fine for failing to obey a pedestrian control sign.

In the video of the incident, Shipman points out that the cop is overreacting.

“You’re acting like I really just did a serious crime that’s worth this time right now,” Shipman says.

At the end of the video, there are three cop cars on the scene.

“We crossed the street,” Shipman says. “That’s all we did.”

Shipman plans to take his case to court. The Jacksonsville Sheriff’s Office says that Bolen is not under investigation at the time.

Next, learn about the Black Lives Matter activists who protested gay pride celebrations across the country. Then, read about the former cop who’s suing the city after being fired for not shooting a suicidal black man.