Then And Now: Coral Reefs On The Verge Of Death 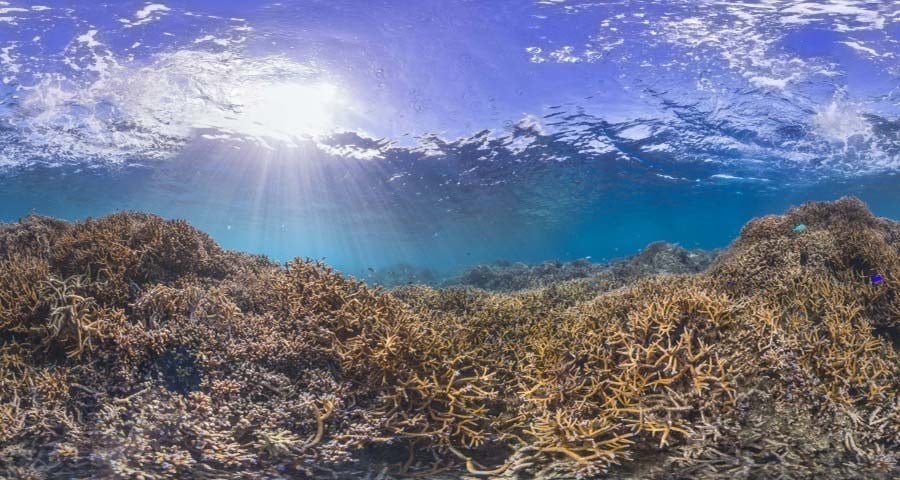 In 2014, Aiport Reef in American Samoa was a rich, rusty red, signifying its good health.

But in October of 2015, NOAA announced that a global coral reef bleaching event had taken place, devastating Airport Reef (see below).

Coral bleaching bleaching events usually take place when water temperatures drastically increase, which is one of the most prevalent effects of climate change. But they can also be caused by pollution in the water, unusually low tides, and overexposure to sunlight. So far, the ocean has absorbed around 90 percent of the increased heat caused by global warming.

Two other major bleaching events have occurred before what’s seen in the Airport Reef: In 1998, a massive bleaching followed a record breaking El Niño event, characterized by the warming of the Pacific Ocean. Another occurred in 2010. 95 percent of the world’s coral has now been exposed to conditions that cause bleaching.

Despite this disturbing trend in the health of coral, reefs can sometimes recover from bleaching.

Last year, one study showed that 12 of the 21 coral reefs bleached in the 1998 El Niño were able to recover.

The most important way to preserve coral reefs is just as obvious as you might think.

“Reducing local impacts as much as possible will give them the best chance of survival,” said Nicholas Graham, a coral researcher and lead author of the study.

And, without a doubt, these ecosystems must be saved. Coral reefs are home to 25 percent of all marine life, and 500 million people worldwide depend on coral reefs for food and as sources of income. We can’t let them end up like this: 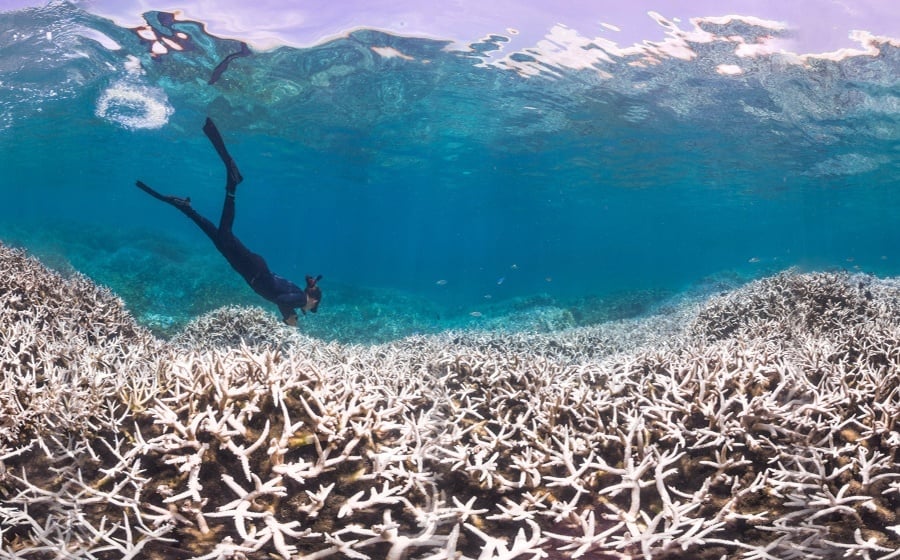 Next, read about the coral reef just discovered at the mouth of the Amazon River. Then, learn about how the Noor solar plant is fighting back against climate change.