Charity is one of the prime virtues in what we think of as a moral life. You see someone in need, someone who has fallen through the cracks, and you step up to help even when you don’t need to and there’s nobody watching. It’s not just the right thing to do, it feels good to know that you’ve helped to make a real difference in someone’s life.

Naturally, that feeling makes you an easy mark for some of the most unscrupulous bastards society has stuck to its heel. Here are a variety of crooked charities that took all the warm fuzzies of giving and turned them into the cold pricklies of financing someone’s yacht. 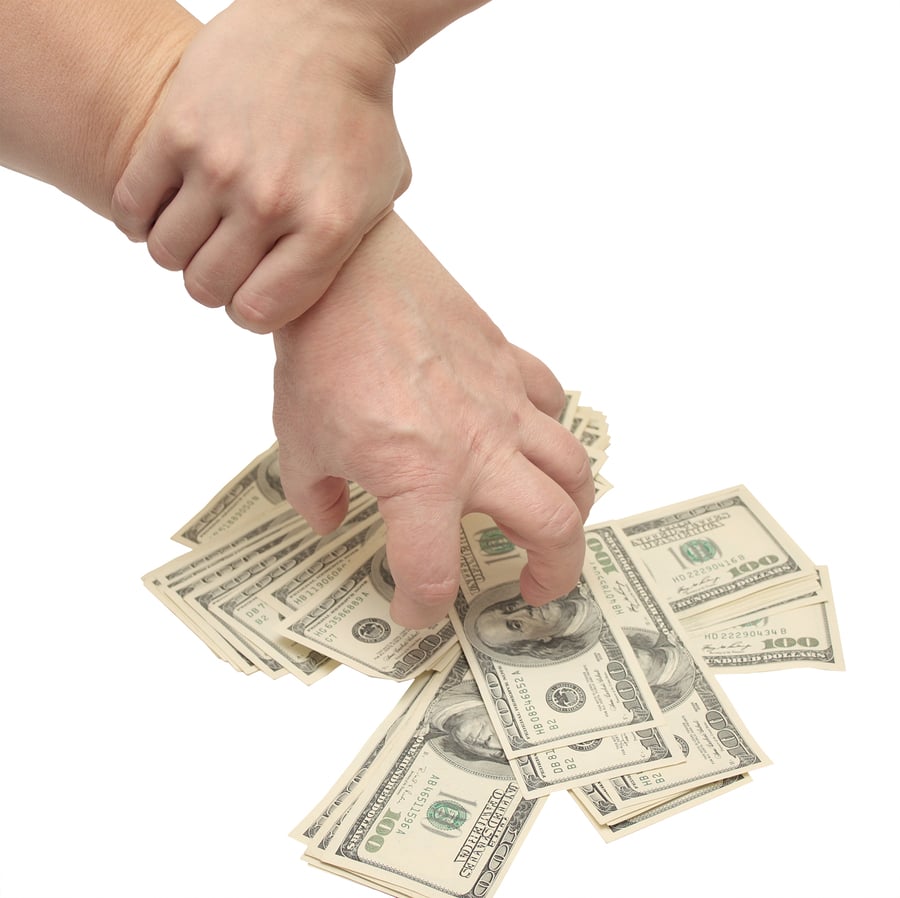 This first type of scam is the sort of thing that could happen to anyone. Sometimes, despite the best intentions, a legitimate charitable non-profit promotes someone to a position of authority only to see that person abuse their trust by embezzling a fortune.

Such was the case (allegedly) with the Angel Fund, a privately funded charity operated by the Catholic Parish of Detroit. The fund, which has received over $17 million over the years from an anonymous benefactor, was set up as an emergency resource for people in Detroit who needed help with expenses they couldn’t cover on their own.

The charity is administered by the regional Archdiocese, with funds available to any priest who wants to help a resident pay their electric bill, fill up the gas tank, or any number of other emergency expenses. This arrangement has worked pretty well in the nine years it’s been in operation since, hey—if you can’t trust a priest . . . 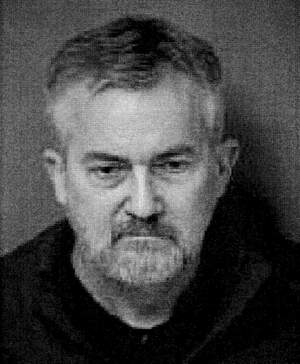 Enter the Rev. Timothy Kane, who was arraigned on February 12 of this year on charges that he and a conspirator embezzled between $1,000 and $20,000 from the fund by submitting forged requests for aid—you know, the aid that was going to keep some needy families’ lights on. While the amounts involved were pretty small by crooked-charity standards, the pair managed to rack up an impressive six felony counts each, including:

– Criminal Enterprise Conspiracy, which carries up to a 20-year sentence
– Using a Computer to Commit a Crime, which somewhat humorously carries another 20 years
– The embezzlement itself, which is apparently less serious than using a computer, according to Detroit-area law enforcement (10 years) 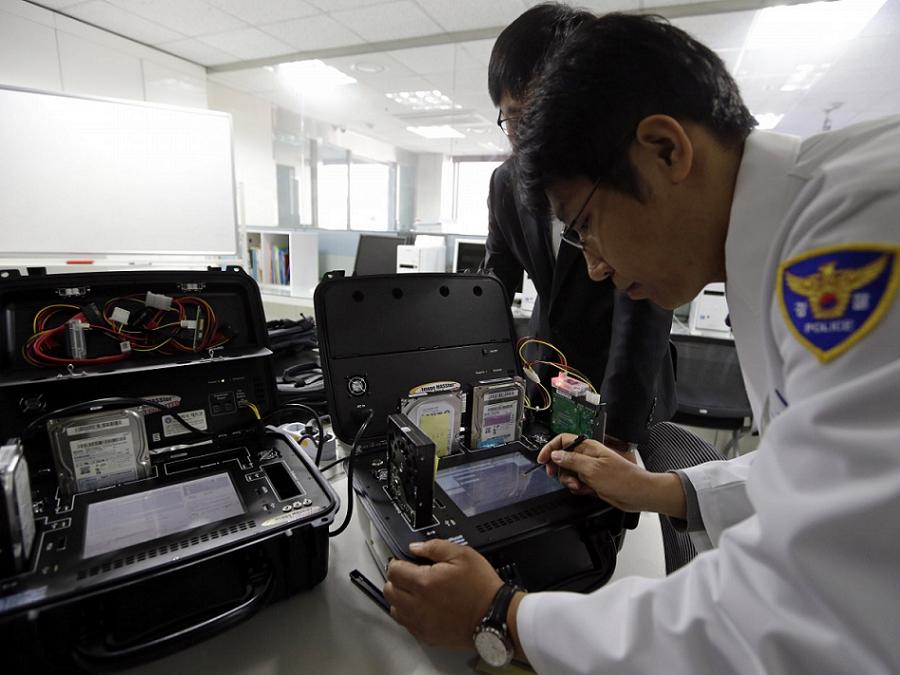 Considering that Kane is currently 57 years old, a potential 50-year sentence for stealing around half of gets in his annual salary as a priest seems like a bad financial move. Again, this is the sort of thing that could happen to any well-run charity. The same cannot be said, however, about:

Crooked Charities: Those That Pay Out Reluctantly and Sporadically

Some charities are just scams, and some of those scams have risen to heroic proportions. According to the Center for Investigative Reporting and the Tampa Bay Times, some fifty charities spent the years between 2003 and 2013 throwing themselves and their leadership quite a party.

Taken together, the fifty charities collected over $1.4 billion during those years, and paid out a whopping 33 percent in actual aid. The rest was generally covered as “fundraising.” That is, two-thirds of the money people gave was spent just on asking people for more money. 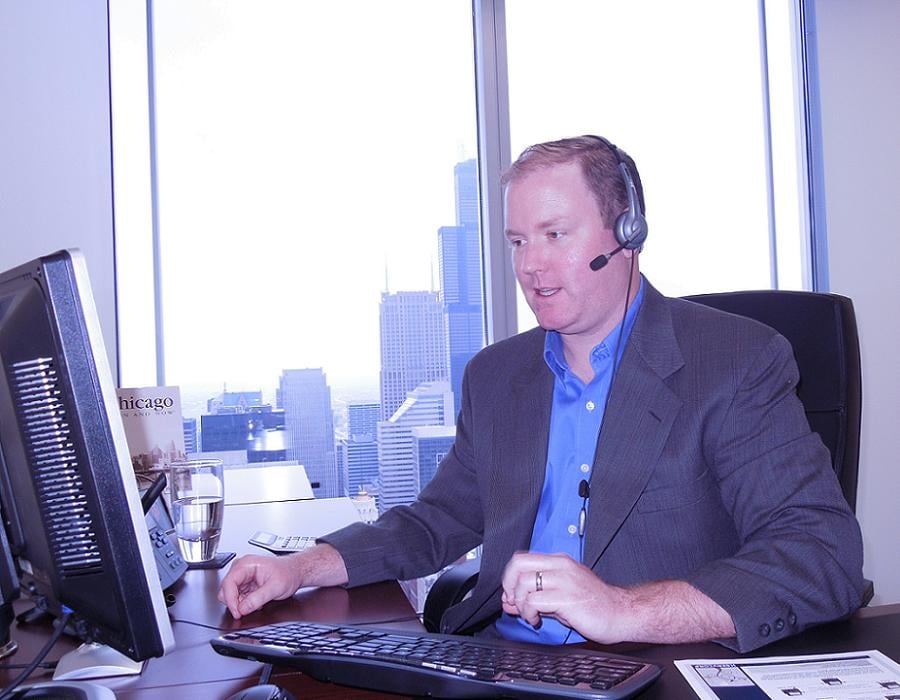 “Mrs. Wilson, your generous donations will be distributed across a network of needy telemarketing centers and help fund the activities of people exactly like me.” Source: E-Podcast Network

Charities in this category typically take on preposterously worthy causes, such as firefighters and burn victims or Adorable Kids with Horrible Cancers, and then adopt names very similar to those of legitimate charities.

One of the worst offenders in this category is the Kids Wish Network (note the name). Kids Wish founder, Mark Breiner, earned his annual salary of $130,000 by raising an average of $12 million a year. Breiner spent most of that on salaries for himself and family members, setting a good bit aside for multimillion-dollar payouts to for-profit telemarketing companies that did most of the fundraising.

Having created a machine that solicited money mainly to pay for further solicitation of money, Breiner “retired” from the fund. “Retired” is in quotation marks, as he continued offering his consulting services to the network.

According to the numbers, Breiner is quite a consultant. You might think it’s easy to give away a car as part of a charity fundraiser, but the consulting fees Breiner’s firm collected for a single event totaled over $1.2 million. For a single car. 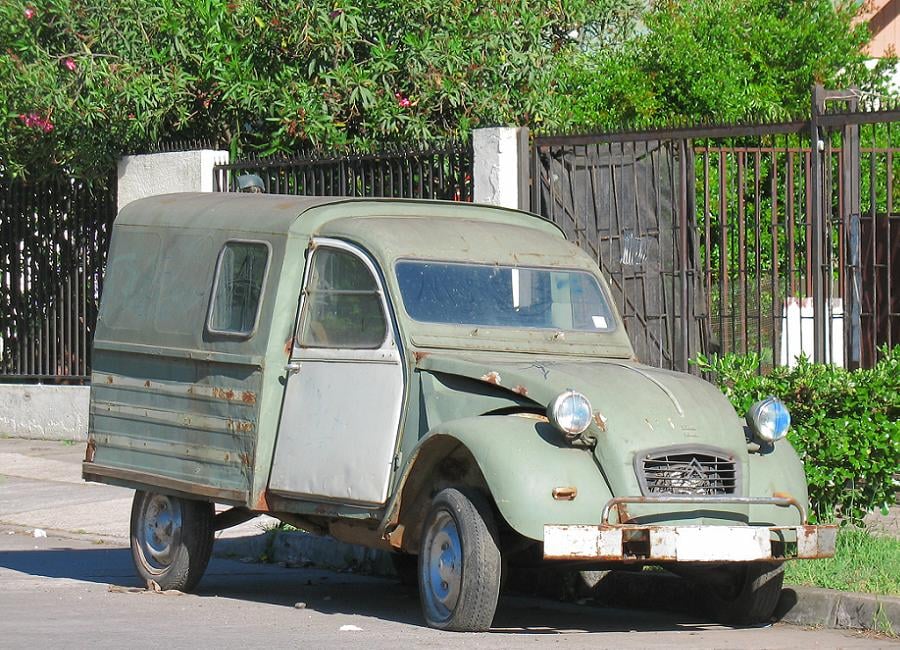 In his own defense, Breiner had this to say about the results of a 2002 IRS audit:

“They found no indication of private inurement or conflict of interest with founders or the board.”

That would be the board that awarded Breiner’s multiple companies in excess of $3 million for licensing, brokerage services, and consulting. It’s also the board that Breiner’s mother-in-law currently sits on. Oh yeah, and the audit in question was triggered by the revelation that Kids Wish Network hadn’t actually reported the money Breiner was getting paid for four years.

To help manage the negative publicity, Kids Wish Network has decided to part with yet more tax-deductible donations and hired the same crisis-management PR specialist who represented BP after the 2010 Gulf Oil spill. Her defense of Kids Wish? She claimed that 100 percent of donations made through the website go to granting wishes.

It’s bad enough when you find out that the money you’ve been giving to a charity has been siphoned off by one bad apple. It’s worse when you realize the whole charity was a put-on from the start. You know what’s worse than that? Finding out that you’ve been bankrolling freaking terrorism, that’s what. Such was the case for the infamous Benevolence International Foundation of Jeddah, Saudi Arabia. 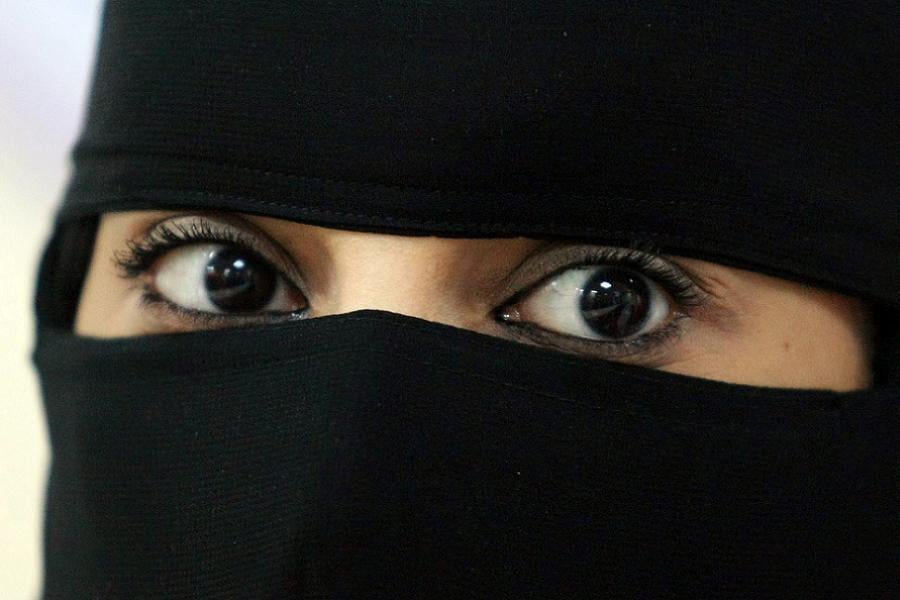 Benevolence International began life in 1988 as a convenient way for the CIA to funnel money to promote Jihad against communists. Remember communism? How it was really big and scary and totally isn’t that anymore? Yeah, well thank goodness the CIA “secretly” funded radical Islamic Jihad all over the world, otherwise we might have had problems with the Russians later. 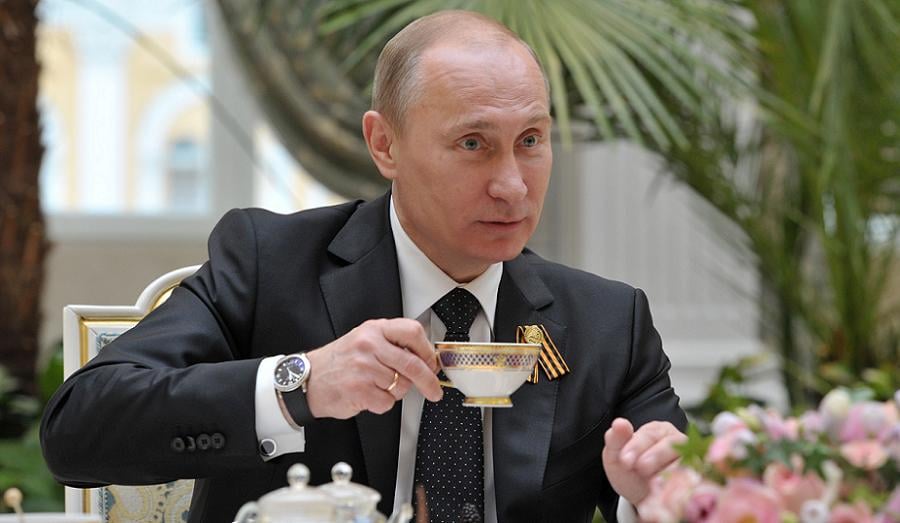 After the Soviet Union got a bunch of Glastnost all over its perestroika, Benevolence International began presenting itself as a fund dedicated to helping the victims of war recover and rebuild their communities. The fact that it was run by Mohammed Jamal Khalifa, Osama bin Laden’s brother-in-law, seems to have gone largely unremarked.

After Khalifa was arrested for planning to fly hijacked airplanes into buildings (this was in 1996, remember, and that sounded ridiculous), Benevolence International assembled a list of 20 major donors to fund the purchase of rockets, bombs, mortars, rifles, and—inexplicably—bayonets for al Qaeda. Osama bin Laden was in regular contact with the group during this time and even dubbed the 20 donors “the Golden Chain,” because everything he was involved in had to be really creepy. 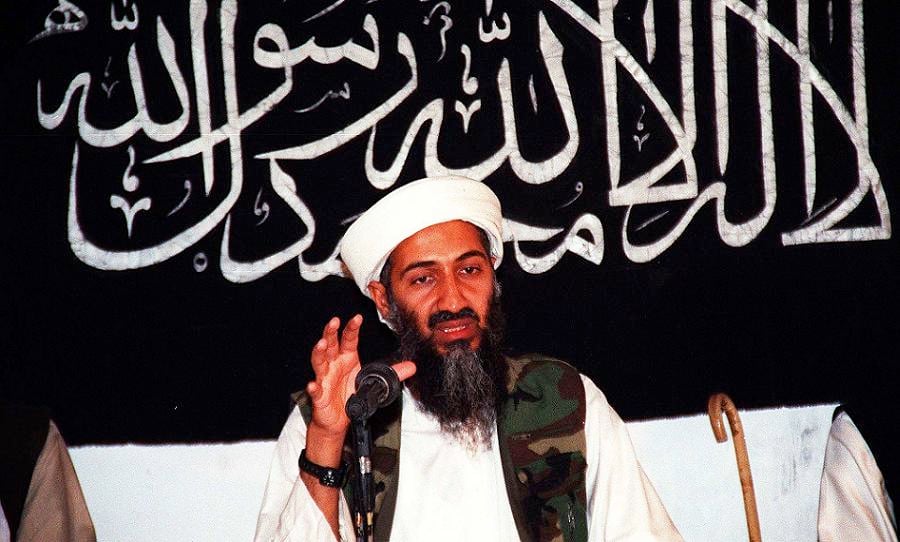 Seriously? Bayonets? I can’t believe we used to go out with you. Source: Fits News

After the foundation was raided and shut down in 2002, pretty much everybody went to jail. In a sterling example of what having a good lawyer will do for you, the fund’s president, Enaam Arnaout, managed to beat the terrorism charges and take a 10-year sentence for racketeering instead.

The “Golden Chain” donors were all exposed when Bosnian police seized the foundation’s records, which the terrorist masterminds had thoughtfully left lying around their office in Sarajevo.