"I was totally berated and accused of being a woman-hater. It was nonstop harassment; it never ended."

An ice cream shop in Montclair, N.J. is shutting its doors, for which the establishment’s owner blames “extremist radical liberals.”

Anthony Tortoriello, the owner of Dairy Air Ice Cream Co., said that his business had been under scrutiny for close to a year now after garnering negative attention over his highly controversial logo.

The logo in question is of an illustrated cow that features a human-like rendering of a butt on full, hyper-sexualized display, with part of the business’ name written beneath. The cow cartoon clearly resembles a female and residents in the community were offended by its scandalous and inappropriate nature.

“A hyper-sexualized, obviously female cow with her ass upended and poking through a circle, tail raised up, waiting for what? I’m not sure, but I do know that I am repulsed and offended,” said fellow Montclair business owner Amy Tingle in December 2017. “This kind of marketing scheme is the reason we currently have a sexual predator in the White House.” 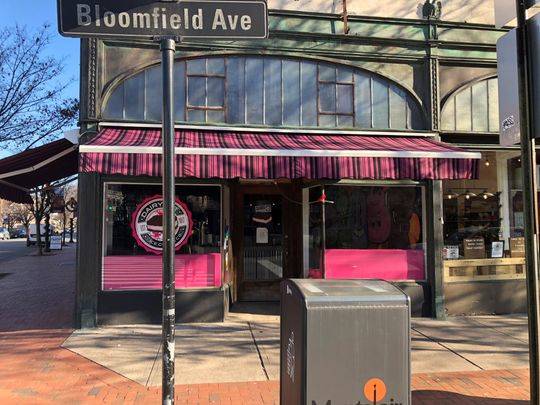 After hearing multiple complaints from Montclair residents, the shop agreed to change its logo. The manager insisted that the logo was not meant to be “sexy” and that they will tone it down:

“We have heard the complaints,” manager Natalie DeRosa told NJ.com. “We take them very seriously and we are acting to change the cow to be more fun and less sexy. Our goal was always fun and not sexy.”

Although this commitment to changing the logo was announced, Tortoriello told NorthJersey.com on Dec. 10 that he made a “business decision” to not follow through with that promise.

“Rebranding would have cost over $15,000, not including everything that had been printed with the logo, which would have to go in the garbage,” he said. “Even on principle, do I want to spend $25,000 of my own money on that?”

Locals reportedly called the logo “offensive and sickening” and even held a community meeting to specifically discuss the issue. 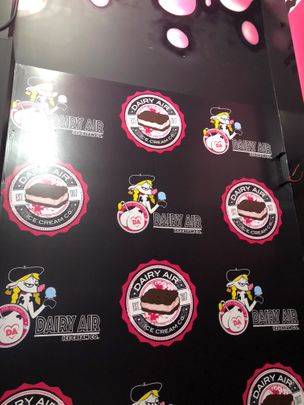 Tortoriello now says that the “harassment” he experienced over the sexualized logo is the reason why he’s shutting his doors and retiring.

“They were on a crusade to destroy my business and my life,” said Tortoriello. “I was totally berated and accused of being a woman-hater. It was nonstop harassment; it never ended.”

Tortoriello said that he simply got fed up and decided he was better off without his ice cream shop in business.

The building’s landlord Joe Wang, however, sees a different cause for blame. He says that the limited business hours of Dairy Air are the reason Tortoriello shut down his shop. The store was only open Thursday through Sunday, and Wang explained that “they couldn’t pay the rent with their limited hours.”

Whatever the case may be, Tortoriello can find peace in the fact that the negative attention surrounding his former ice cream shop will finally come to an end.

Next, find out why the “Ice Cream Song” is actually incredibly racist. Then, read about these musicians that might face backlash in the #MeToo reckoning against sexual harassment.