"I don't know what would possess someone to do that...I was scared I was going to witness that death of this guy." 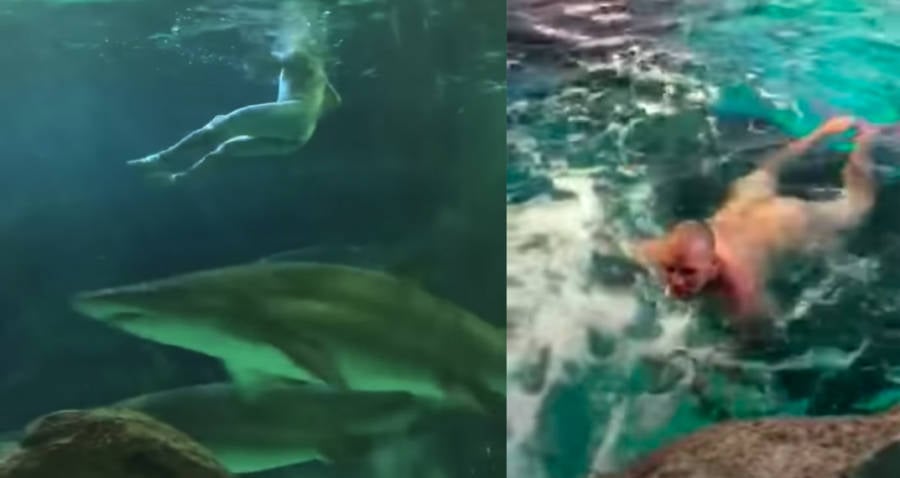 YouTubeDavid Weaver swimming in a tank at Ripley’s Aquarium of Canada.

An aquarium’s “Jazz Night” took a turn that no one saw coming when a man removed his clothes, dove into a tank, and began to do the breaststroke while more than a dozen sharks circled below.

Several guests were in attendance at Ripley’s Aquarium of Canada’s “Jazz Night” celebration in downtown Toronto on the evening of Oct. 12 and captured video of the man skinny dipping. Police are now on the hunt for the naked swimmer who has been identified as 37-year-old David Weaver, according to CBC News.

In the video, Weaver can be seen swimming along the surface of the tank which holds turtles, eels, and tropical fish, as well as 17 sharks. At one point in the video, he exited the tank but then promptly dove right back in, a move that garnered uproarious cheers from the crowd.

“The guy seemed totally relaxed and there were sharks, like, everywhere,” Erinn Acland, an aquarium visitor, told CBC. “He appeared to be totally nude and, like, laughing.”

Weaver eventually exited the tank for good and was escorted off the property by security. Despite the video of a man’s bare bottom bobbing along the surface while smooth jazz faintly plays in the background, some guests were worried that the funny situation might turn bloody.

“I don’t know what would possess someone to do that,” Acland said. “It’s totally insane to me. I was scared I was going to witness the death of this guy.”

David Weaver swimming in a tank at Ripley’s Aquarium of Canada.

“It’s very dangerous for both the individual as well as our animals,” Peter Doyle, the General Manager of the aquarium, told CBC. “An animal’s health and welfare is paramount to what we do so… we plan to press charges to the full extent of the law.”

Police are searching for Weaver not only for his crime at the aquarium but also for his role in an assault that happened just before his skinny dipping session. 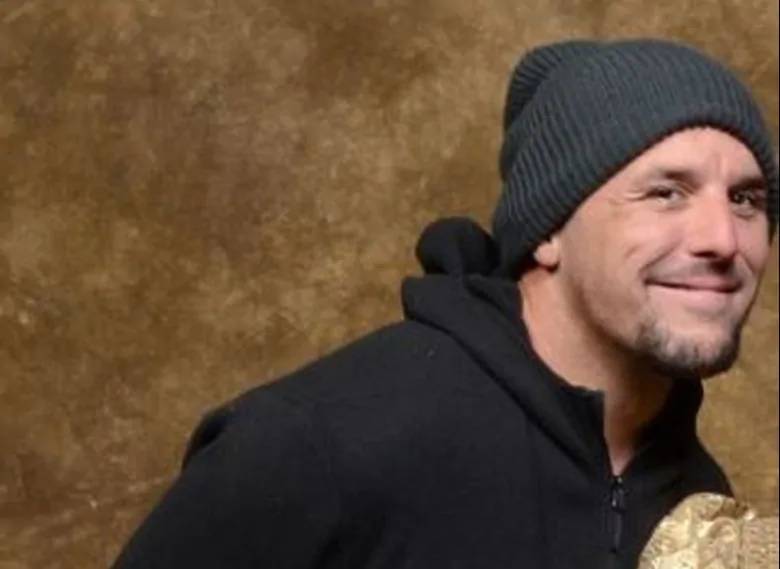 According to CBC, the assault (the details of which remain unclear) took place around 8 p.m. on Oct. 12 outside of a Medieval Times attraction and his victim sustained serious injuries. Police believe that Weaver fled to the nearby aquarium after the attack and he is wanted for assault causing bodily harm.

It seems like, if you were trying to lay low while on the run from police, the smartest move would not be to strip off your clothes and go skinny dipping with sharks while crowds of people look on.

Next, discover why mako sharks should scare you just as much as great whites. Then, check out the most astonishing great white shark facts that you’ll ever read.