While the pigs weren't reanimated by any means, they did have significant cell function in their brains restored hours after they died. 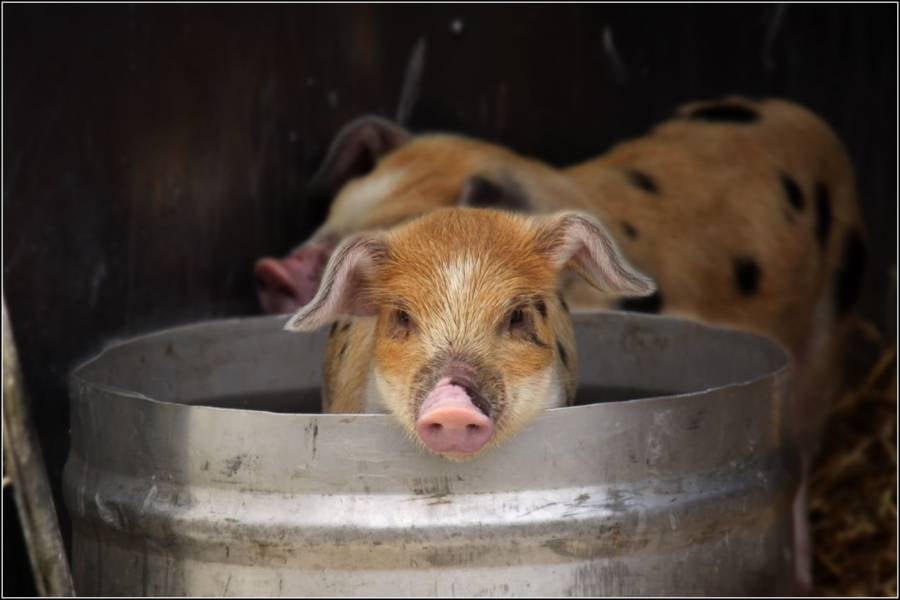 Wikimedia CommonsProessor Sestan and his team tested on a total of 300 pigs and ultimately used 32 pig brains for the final experiment.

When the heart stops pumping oxygenated blood into the brain, the body begins to die. This is true for all mammals including pigs. That’s why Yale University professor Nenad Sestan’s recent success in restoring partial brain function in dead pigs’ brains was such a startling achievement.

According to Yale University’s press release via Eureka Alert, Professor Sestan was able to restore circulation and cellular activity in a pig’s brain four hours after it died.

“We found that tissue and cellular structure is preserved and cell death is reduced,” said Sestan. “In addition, some molecular and cellular functions were restored. This is not a living brain, but it is a cellularly active brain.”

Of course, cell death isn’t immediate and can take a few hours for all cells to be permanently shut down after the animal expires. Nonetheless, Professor Sestan’s experiment saw even cellular functions which were thought to have ceased within minutes after oxygen supply stopped return to their normal function. The research has shed new light on how time-sensitive or irreversible the stopping of brain functions really are.

The distinction between cellular activity and consciousness here, however, is key. There was no awareness of the environment detected, nor high-level brain function. Team member Zvonimir Vrselja explained that “the kind of organized electrical activity associated with perception, awareness, or consciousness” was not observed at any point. Neuron activity in the hippocampus, however, as well as circulation, blood vessel structure, and healthy inflammatory response certainly were. Those factors, alone, make this a remarkably significant achievement.

Professor Sestan’s study, published in Nature, details how the team obtained a dead pig from a meatpacking plant and isolated its brain inside of a vat containing a specific chemical solution. The process was observed for six hours with fairly promising results.

The idea behind the study was to examine brain cells while they’re operating as intended in the body. Though scientists are able to observe cells in a petri dish, Sestan explained that this is limiting, as “the problem is, once you do that, you are losing the 3D organization of the brain.”

Thus, the scientist was keen on developing a method of studying brain cells while still intact in the brain. This required six years of research and development and testing their approach on around 300 pig heads. The final version of the technology used for this project was dubbed BrainEx.

“This really was a shot-in-the-dark project,” said team member Stefano Daniele. “We had no preconceived notion of whether or not this could work.”

The team used 32 pig heads which Daniele and Vrselja washed clean at the slaughterhouse. They also had to ensure that the tissue cooled down before testing. The brains were then removed from the pigs’ heads at the lab.

The team then connected specific blood vessels to a device that pumped a mixture of specially formulated chemicals into the organ for six hours. One of the chemicals was the anti-seizure drug lamotrigine which slows or blocks neuronal activity. This was added into the mix because “the researchers thought that brain cells might be better preserved and their function might be better restored if they were not active.”

“This is a real breakthrough for brain research,” said Andrea Beckel-Mitchener of the National Institute of Mental Health. “It’s a new tool that bridges the gap between basic neuroscience and clinical research.”

Beckel-Mitchener also works with the BRAIN Initiative, which has actively fought to speed up neuroscience research and partially funded Professor Sestan’s study. To be clear, this experiment in no way tried to restore consciousness — though the team was quite concerned about this. 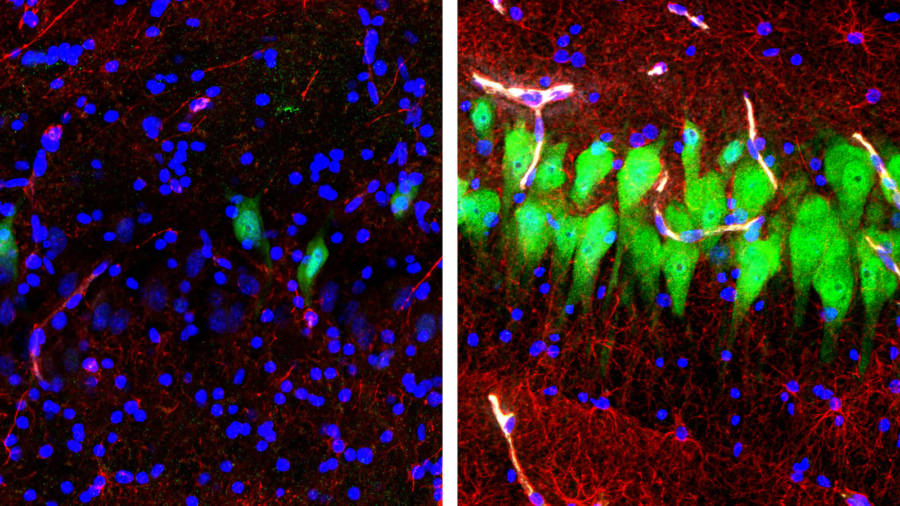 “It was something that the researchers were actively worried about,” said Stephen Latham, a Yale bioethicist who worked on the project. “And the reason is that they didn’t want to do an experiment that raises the ethical questions that would be raised if consciousness were being evoked in this brain without first getting some kind of serious ethical guidance.”

Those ethical concerns were at the forefront of others’ minds at the conclusion of this study, however. According to NPR, Duke Law School’s Nita Farahany who studies the ethics surrounding emerging technologies, is both enticed and concerned about the potential ramifications of this project.

“It was mind-blowing,” she said. “My initial reaction was pretty shocked. It’s a groundbreaking discovery, but it also really fundamentally changes a lot of what the existing beliefs are in neuroscience about irreversible loss of brain functions once there is deprivation of oxygen to the brain.” 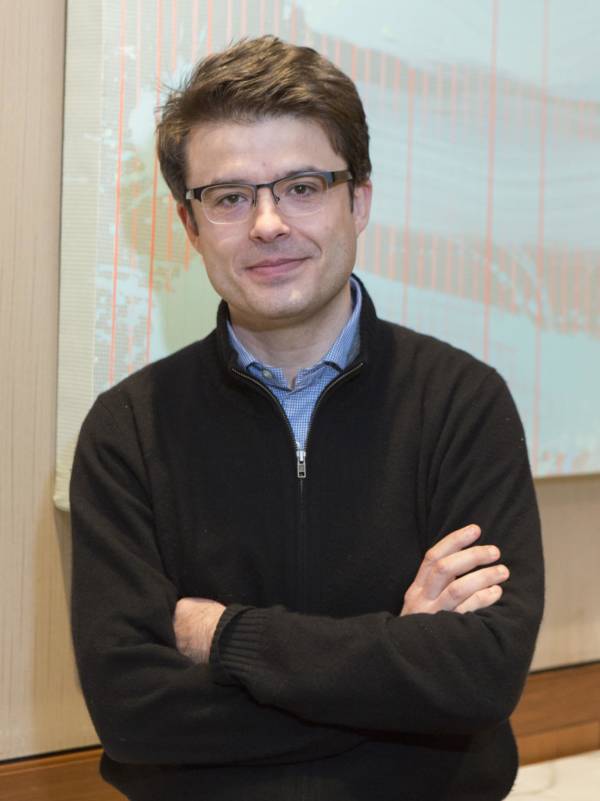 Nonetheless, the milestone achieved here by Professor Sestan and his colleagues is highly promising for future studies of complex cellular behavior.

“For the first time, we are able to investigate the large brain in three dimensions, which increases our ability to study complex cellular interactions and connectivity,” continued Daniele.

With a clearer understanding of how these complex systems work, of course, comes the potential for treating or even eradicating debilitating brain disorders plaguing patients across the globe. Beckel-Mitchener, at least, is hopeful this study is part of that process. 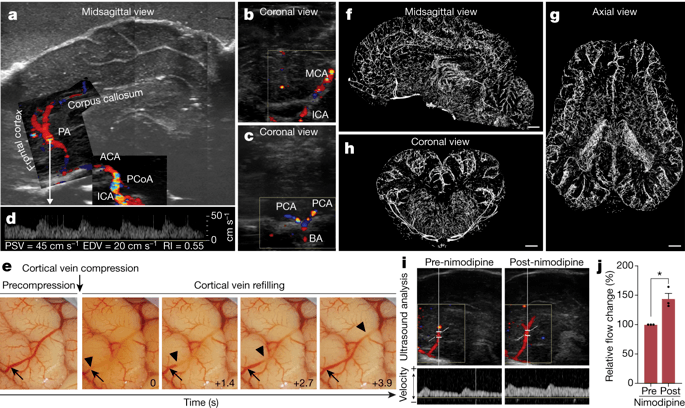 Nenad Sestan et. al/Yale School of Medicine“Ex vivo” (outside of an organism) restoration of microcirculation and vascular dilatory functionality.

“This line of research holds hope for advancing understanding and treatment of brain disorders and could lead to a whole new way of studying the postmortem human brain,” she added.

As it stands, scientists were able for the first time in human history to restore significant cellular activity to a mammal’s brain hours after it died. In terms of scientific achievement, that’s a success in and of itself — even if the pigs weren’t actually reanimated.