Woman Who Locked Deaf Sister In Room For 7 Years Convicted 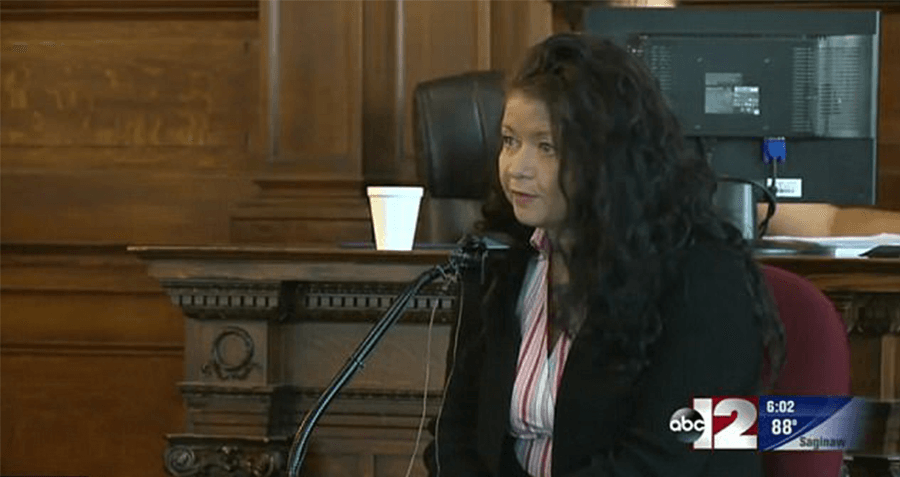 ABC News 12Candy Lawson on the stand at her trial

Candy Lawson of Corunna, Michigan, was convicted of charges including unlawful imprisonment on Monday, after it was discovered that she’d been keeping her disabled sister locked in a closet for seven years.

Authorities claim Lawson kept her adult sister, Diana Churchill, locked in a 4×8 closet in her home for seven years, giving her little access to clothing, water and food, and making her use a bucket as a toilet.

Churchill is deaf and has cognitive and physical impairments as well. When found, she only weighed only 70 pounds. Nurses say she was malnourished and so dirty that soap irritated her skin.

Churchill was found after a handyman, who had entered the home to make repairs, called local police and made a tip.

During her testimony, Lawson defended her actions, claiming that she was doing her best with the situation was in.

“When you are the sole provider, you obviously cannot give 24/7 care. And so, my client felt that it was necessary to make sure she didn’t wander,” her defense attorney Amy Housted said. 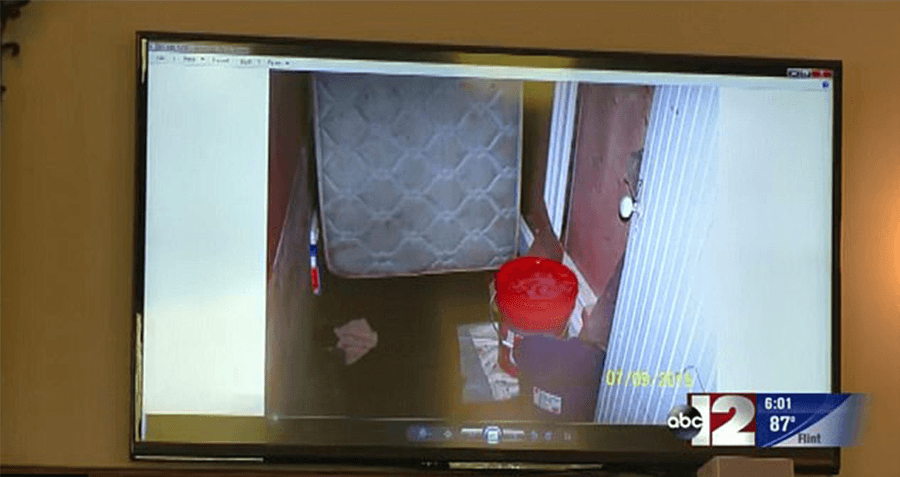 ABC News 12The closet Diana was kept in.

She added that Diana was free to walk around the house as she pleased, as well as eat what she wanted and go outside. She also claimed that she kept her sister in a “room” not a “closet” and that she only locked the door because her sister would wander off at night if not supervised.

In 2009, Lawson’s other sibling, her brother Justin Churchill who was also disabled, died in Kentucky after being found in similar conditions to Diana, and weighing only 60 pounds. He was 33.

Lawson has not been charged in Justin’s death, though the Kentucky State Police say it’s still a possibility.

In addition to the unlawful imprisonment charge, Lawson is facing charges of vulnerable adult abuse and embezzlement, after it was revealed that she stole social security money that was intended for her sister.

Lawson was awarded custody of her two disabled siblings when their mother died 10 years ago. She is facing 13 to 15 years in prison and will be sentenced on October 27th, though her lawyer said they plan to appeal.

Next, read about the Pennsylvania man who held a woman and her two children captive for almost two years. Then, read about the woman who was sentenced to 10 years in prison for making a false rape claim.