The Fabulous World of Dog Couture 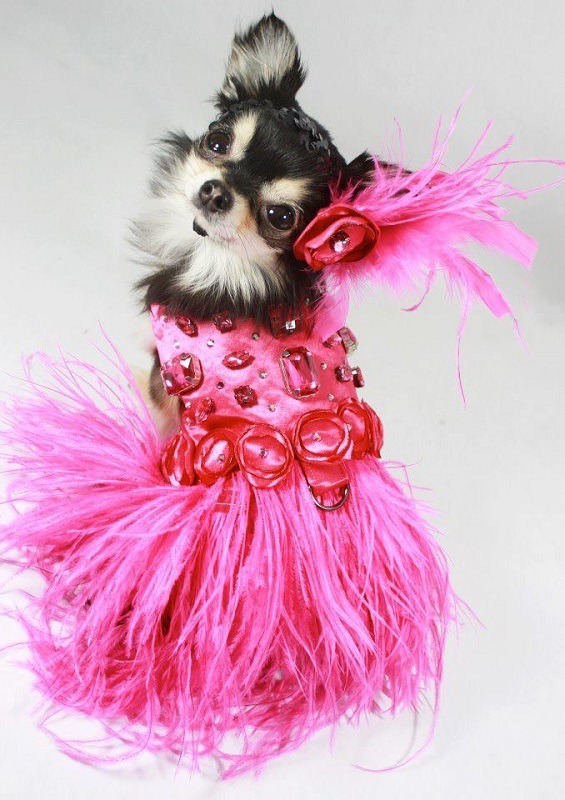 While Americans dropped an estimated $370 million last year on pet costumes alone, in some circles, dressing your pet is a year-round affair–except for the fact that these perky pooches aren’t wearing hand-me-downs. Fancy labels, handmade custom gowns and headpieces fit for a king comprise the bejeweled world of canine couture. Though we might be mired in recession, these decked-out dogs are living in the gilded age. 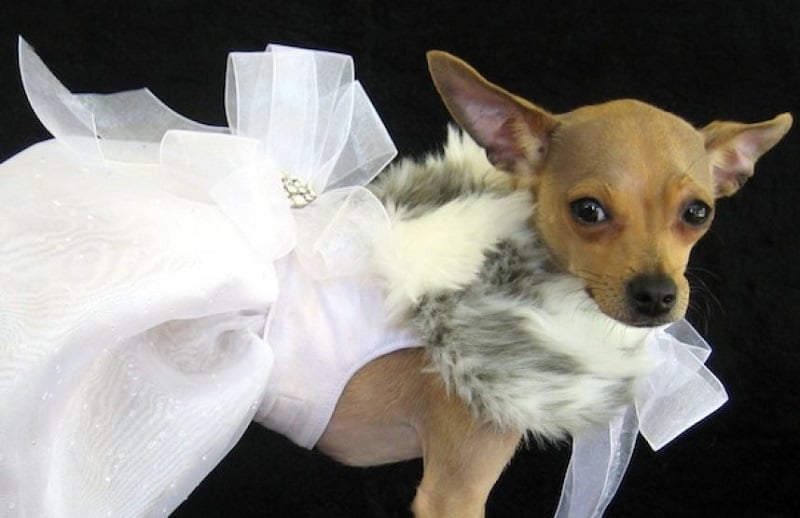 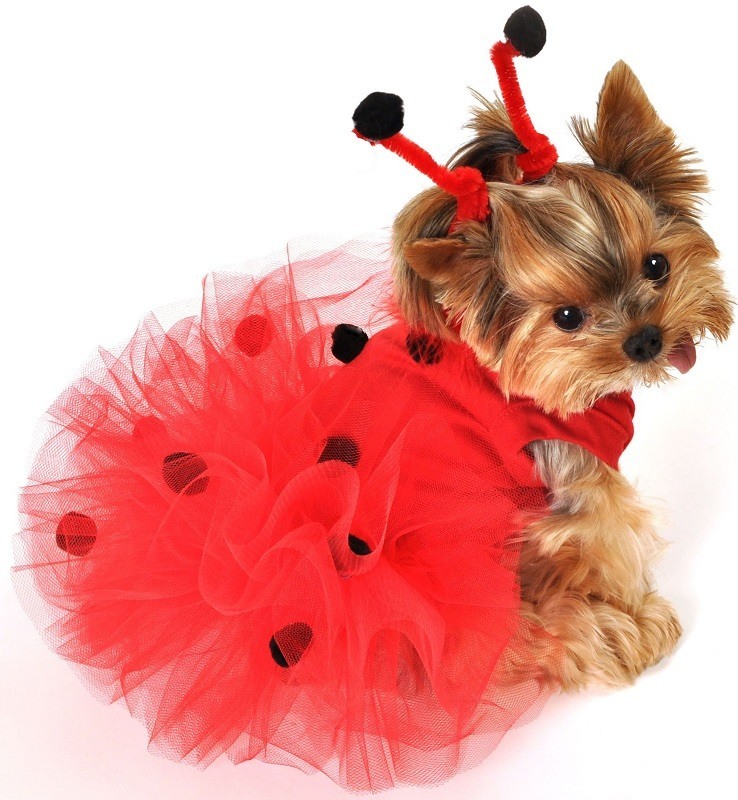 As with all social circles, the world of dog couture has its elite class of visionaries and daring designers. Courtesy of his intricate doggy dresses, suits and lavish accessories, Anthony Rubio forms part of that exclusive echelon. Rubio initially began designing clothes as a way to raise money for a Chihuahua who had been badly abused, but today, he is one of the most sought-after dog couture designers. 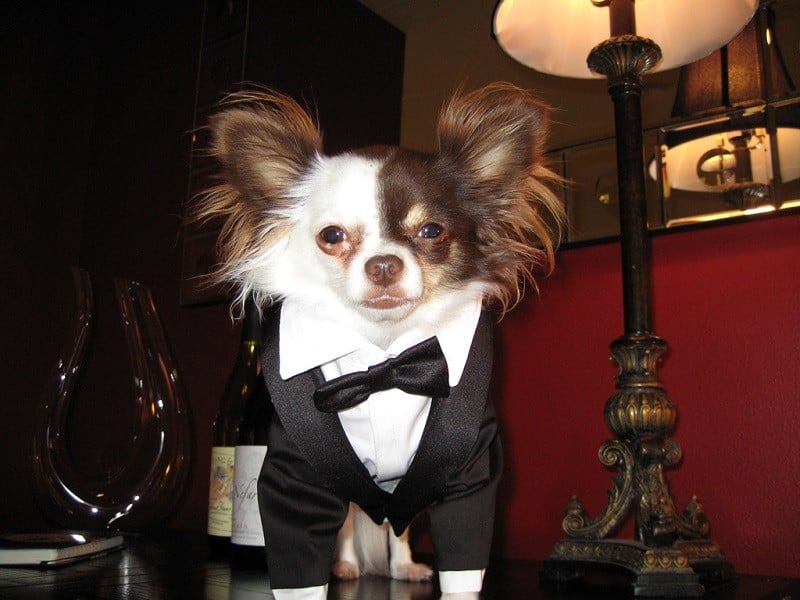 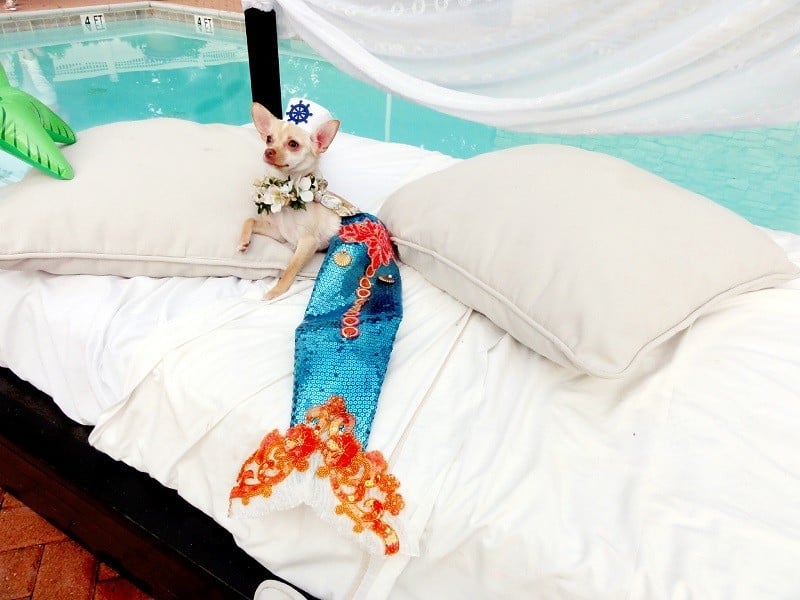 Rubio’s costumes, couture headpieces and miniature gowns can cost more than one thousand dollars a pop. They are glamorous, over-the-top, and often require a couple days of hand sewing to complete. Yet dog owners in the canine couture circle aren’t worried about the price tag. This is a world where dogs are treated better than children and owning a high fashion-Fido is priceless. 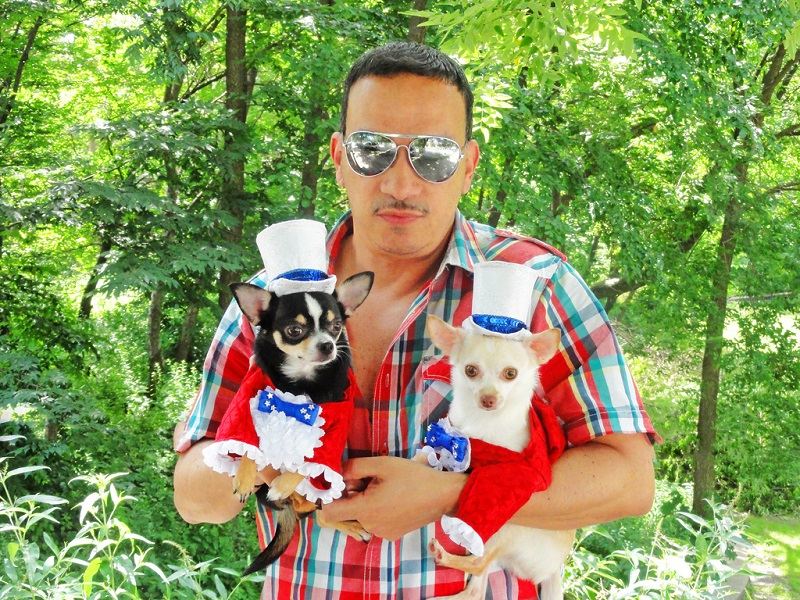 Source: Look What I Got 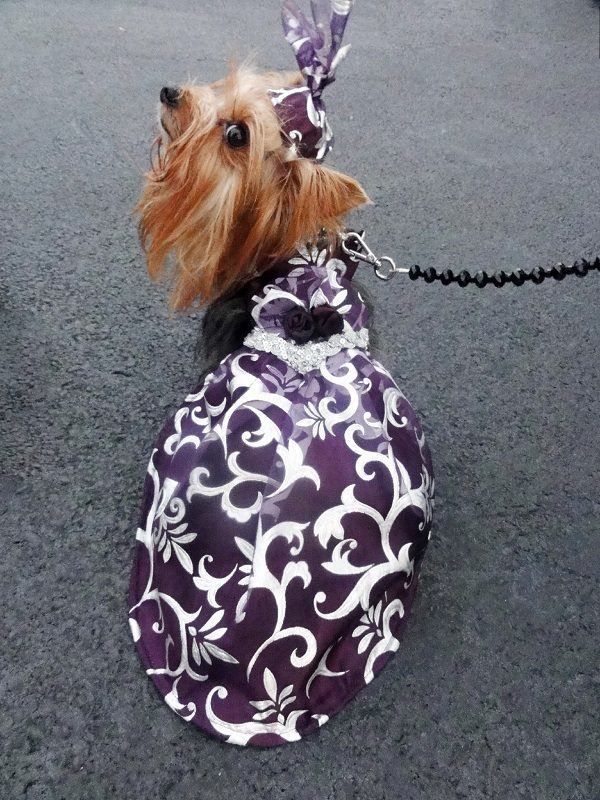 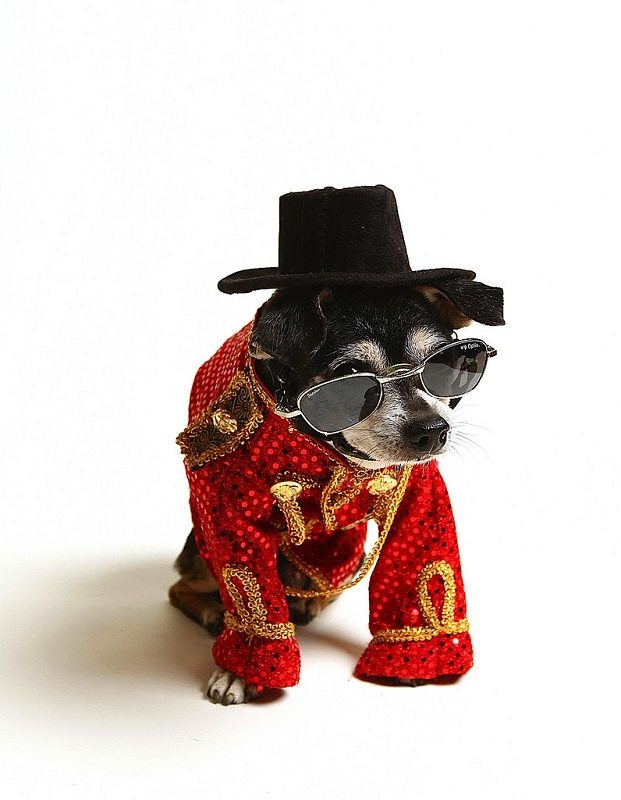 The dog couture social scene is a complicated mish-mash of extravagant owners and their well-dressed pooches. Lavish affairs called “pawties” are thrown to celebrate Bark Mitzvahs and other important milestones. At these events, waiters serve freshly baked hors d’oeuvres to pets and humans alike, and the wealthy mingle with their clothed dogs tucked securely under their arms. High-end dog designers like Rubio even host fashion shows, where they can display their newest canine creations for an excited crowd. 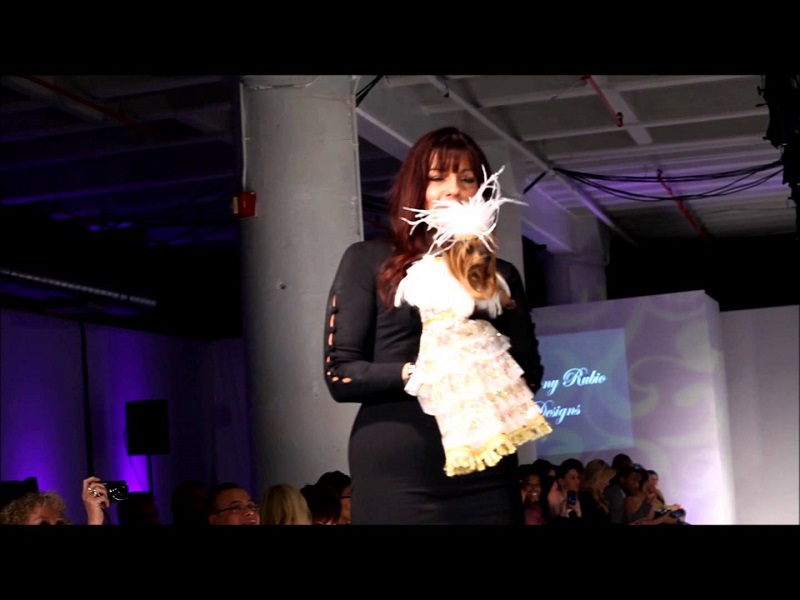 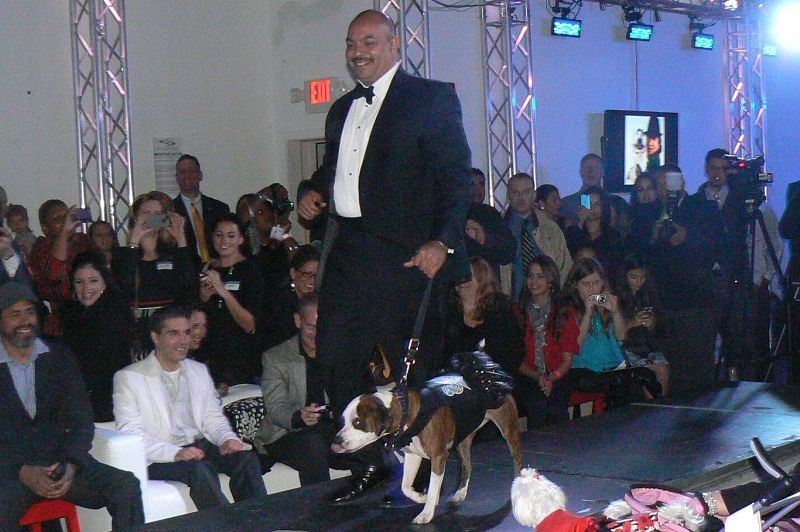 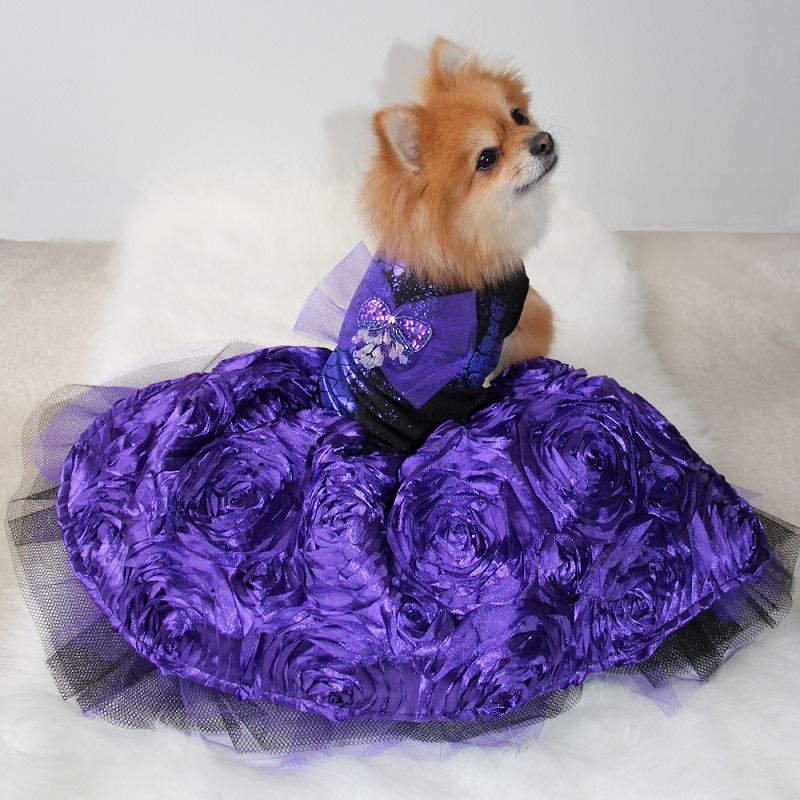 While dresses definitely occupy a good portion of a fashion-conscious dog’s wardrobe, miniature tuxedos and three-piece suits allow male dogs to participate in the materialistic mayhem. Rubio’s Chihuahua companions Kimba and Bogie often make appearances with the designer, always dressed impeccably. They have been photographed in an array of outfits, always looking as dapper as ever. 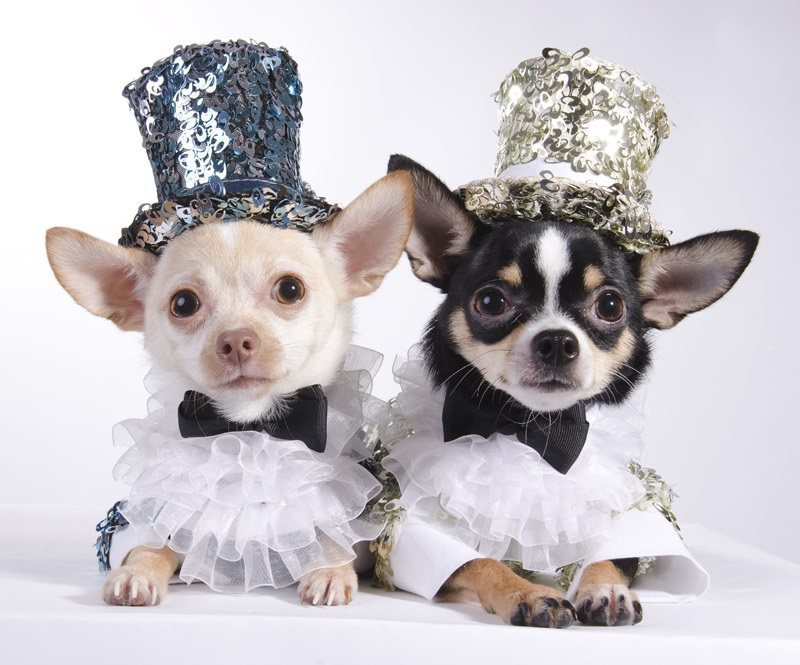 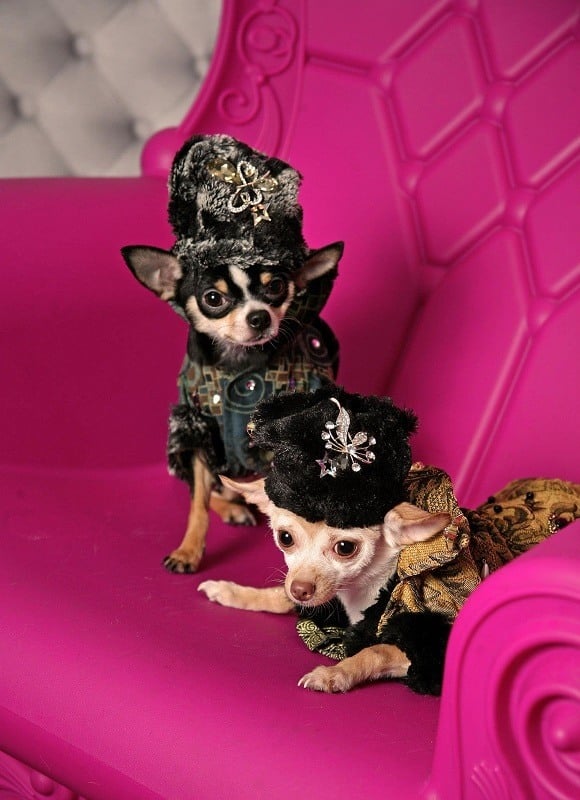 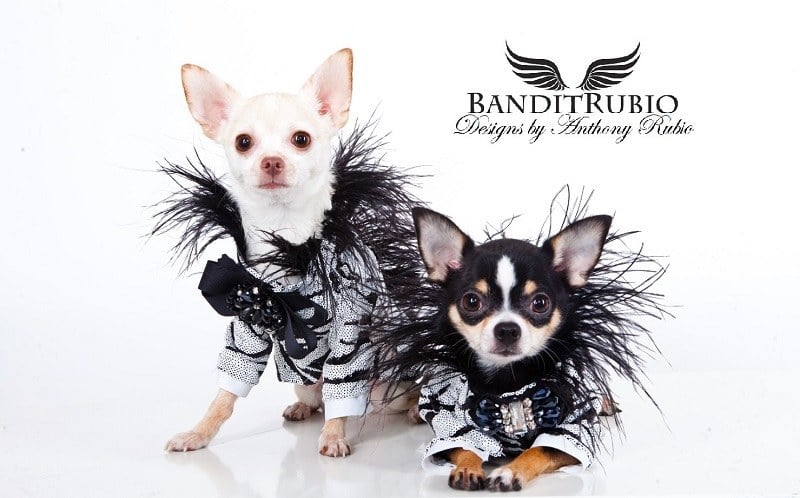