The two-year-old dachshund named Buddy was found abandoned in a trailer park in the pouring rain. 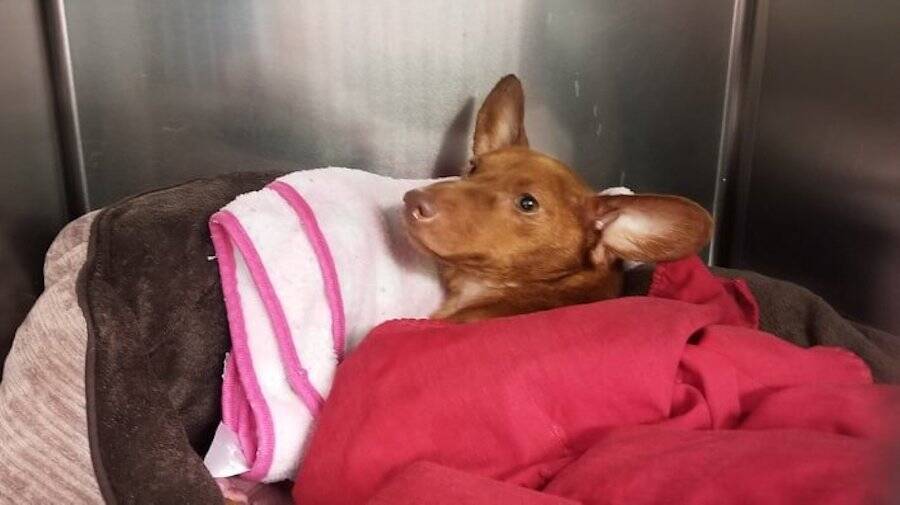 Facebook/Gina Polk – DerouenBuddy’s tailbone will have to be amputated. It’s been exposed since his legs were cut off and he had to “drag his body around in his own waste,” the fundraiser explained.

Three Louisianians have been been arrested after police found an abandoned dog named Buddy with its hind legs “sawed off” in a Slidell, Louisiana trailer park. His owners — a 50-year-old woman her 17-year-old daughter — told investigators the two-year-old dachshund’s “legs ‘fell off’ after they bandaged them too tight.”

According to Fox News, Buddy had been shot in February, leaving his back legs paralyzed. While his owners reported the incident to police, they failed to get the animal much-needed medical care.

The St. Tammany Parish Sheriff’s Office confirmed in February that Buddy “was unable to walk”; he got sores all over his legs from dragging his limbs around. A veterinary expert working with investigators on this latest incident, however, found that his loss of limbs was “maliciously inflicted.”

Sheriff Randy Smith expounded on just how distraught the discovery made him.

“As a dog owner myself, I was completely appalled when we received a complaint of such horrific animal cruelty in our community,” he said. “Our investigators acted swiftly, and the parties responsible have been charged accordingly.”

A WWLTV segment on Buddy and the abuse he suffered.

According to The Independent, mother and daughter were arrested and charged with animal cruelty and aggravated animal cruelty, respectively. While the mother was released on a summons, her daughter was booked into a juvenile detention center.

The third suspect, the daughter’s 17-year-old friend, confessed to abandoning Buddy in the trailer park. She too was arrested, but released.

While the animal has since been in safer hands, a Facebook fundraiser shared by animal rescue organization Dante’s Hope revealed that Buddy has had a “bone sticking out and infection setting in” as of last Tuesday.

Buddy’s tailbone, “which is exposed after dragging his body around in his own waste,” will have to be amputated. 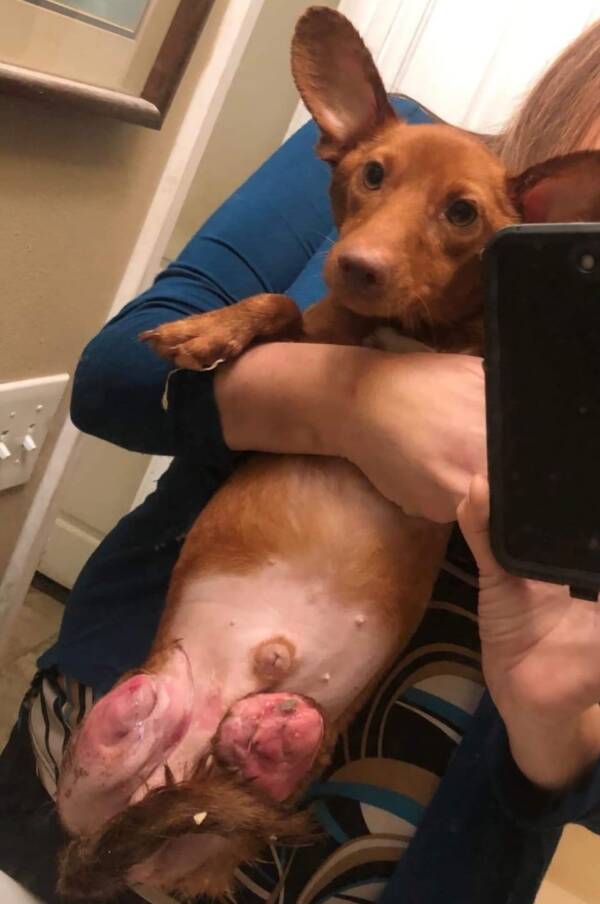 Facebook/Gina Polk – DerouenBuddy was shot in February, which left his hind legs paralyzed. His owners never got him the proper care, and instead decided to cut his legs off. They claimed his limbs simply “fell off.”

“Due to blood loss he had to have a blood [transfusion] today in order to survive,” the post explained. “His wounds were cleaned, he had an IV and urinary catheter placed and is now on IV antibiotics and pain meds until his values come up enough to survive surgery.”

“His Xrays [sic] also show he has 2 bullets near his back.”

The post described Buddy’s suffering as “unthinkable.” Fortunately, though, he’s already well on his way to a better, safer life. 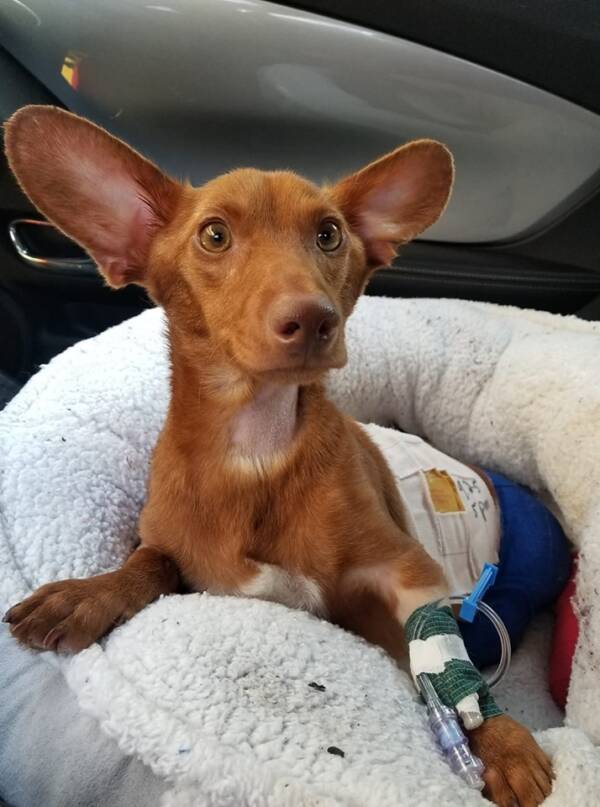 Facebook/Gina Polk – DerouenBuddy has had an IV and urinary catheter placed in him, and is currently on IV antibiotics and pain medication. He’ll be operated on when his strength returns to normal.

The fundraising effort to finance his surgeries has already accumulated more than $20,000 in eight days, with an initial goal of $4,000. The Facebook post claims that any money left over will cover the costs for six other dogs in need of operations.

With this “Buddy System,” other dogs will be able to get the medical help they need without having to have a horrifically gruesome backstory.

After reading about Buddy the two-year-old dachshund being found abandoned with his two hind legs sawn off, learn about the couple charged with animal cruelty after building a chamber to have sex with their dog. Then, read about the woman who was arrested for traveling with her children in pet kennels.