The Global Seed Vault, thought to be "fail-safe," flooded this year due to melting permafrost, officials announced last week. 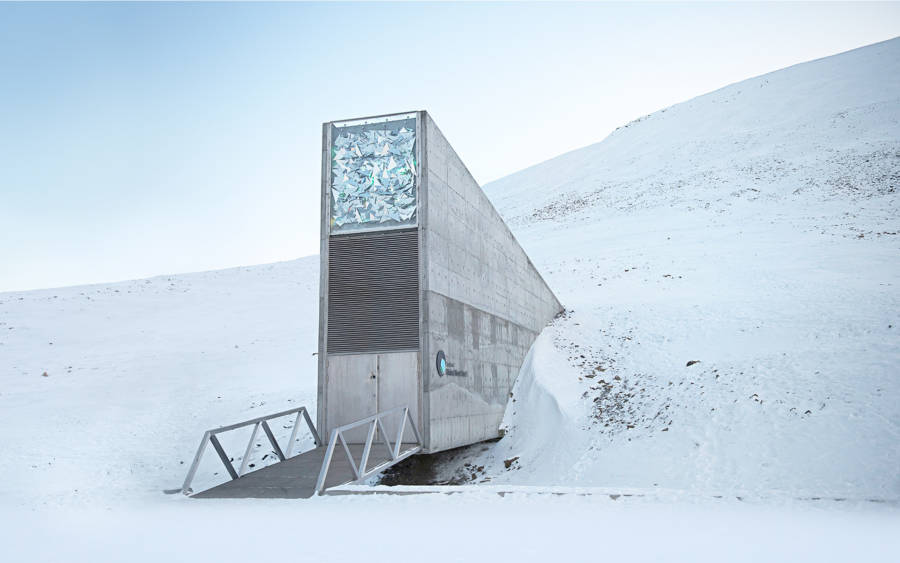 Carved into a mountainside in the remote Norwegian Arctic, the Svalbard Global Seed Vault is capable of storing 4.5 million varieties of crops — about 2.5 billion seeds.

Often called the “Doomsday” vault, the trove of carefully preserved plants is seen as humanity’s last hope in the face of global catastrophe.

Which is why people were understandably concerned when it was announced that the vault had flooded last week.

Meltwater leaked into the entrance and refroze, creating an unwelcome ice rink in the structure’s entryway.

The breach was caused by unseasonably warm Arctic temperatures last fall, which caused unprecedented amounts of snow and ice to melt on the island situated halfway between Norway and the North Pole.

Luckily, the seeds were unharmed, according to Hege Njaa Aschim, a spokesperson for the company managing the vault, which had been previously touted as a “fail-safe” facility.

“We have seen changes,” Aschim told CNN. “The ground is looser and the permafrost has not settled as planned.”

The site was selected for the seed preserve specifically because of its cool temperatures — with permafrost that would keep the vault’s contents at a chill 17.6 degrees Fahrenheit even in the event of a power outage.

Though many headlines are citing global warming as the culprit, that’s just one theory. As of now, scientists are unsure whether the rising temperatures are indicative of a long-term trend.

But within the context of the other climate changes happening near the Earth’s poles — such as green moss taking over formerly ice-covered landscapes and quickly melting glaciers — it seems likely that man-made global warming has at least something to do with the water breach.

This is a bit ironic, since the seeds are one of our last defenses against the Earth-ending results of our destructive habits.

The Global Seed Vault — which is owned by the Norwegian government and run by the Ministry of Agriculture and Food — was constructed in 2008 to help future plant breeders develop new crops for a changing environment.

“Think of the seeds as a collection of traits, or even more broadly as a collection of options our crops will have in the future,” Cary Fowler, who came up with the idea for the vault, told LiveScience. “Options such as disease and pest resistance, drought and heat tolerance, better nutrition, etc.”

The resource isn’t reserved for the end of the world, as its nickname might suggest. In fact, it’s already been tapped into by Syrian scientists in 2015.

The preserved seeds replaced those damaged in attacks on the war-torn city of Aleppo after scientists had to abandon their decades-long research project and flee to safety.

In response to the scary flooding, vault representatives have announced the upcoming construction of new drainage ditches and waterproof walls, among other changes.

The seeds are carefully secured inside foil packages, inside sealed boxes, inside an artificially cooled, water-vacuum-filled chamber, inside a mountain.

But as temperatures continue to rise, scientists are left worrying: Is anything truly fail-safe now?

Next, see just how aggressively humans are accelerating natural climate change. Then, learn how the world’s largest solar plant might revolutionize the fight against global warming.