"It's just sad because I worked so hard for four years to walk across that stage." 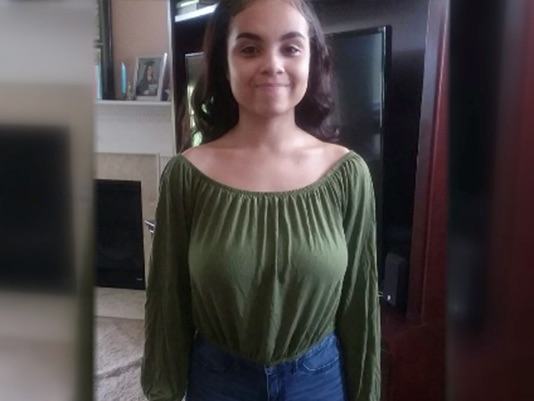 FacebookSummer in the outfit that got her suspended.

Dress codes are a contentious topic in America today — mainly because they normally affect female students.

But while many reports of friction between young women and their school administrators have spread through the media cycle, seldom do we see an instance with disciplinary measures as serious as those recently employed by one North Carolina principal.

An honor student in her senior year at Hickory Ridge High School, identified only as Summer, was reportedly sitting in the cafeteria when the school principal confronted her about her top.

“I think my shirt is fine,” Summer responded, according to NBC Charlotte.

The principal asked that she put on a jacket and Summer says that she complied. Then, Summer said that the principal continued to insist that she change her clothes.

“I completely understand why a dress code is put into place, but I feel like after I put on that jacket it should have been subdued,” the high school senior explained.

Because Summer has had confrontations with this same administrator in the past, her mother had insisted that she be contacted before any disciplinary measures were taken against Summer again.

But since no one could get ahold of her mom, Summer left the office for an assembly with her friends, thinking that that would be the end of it.

She then claims to have been confronted again by the principal, who brought the school’s security officer with her to the assembly.

“I’m gonna give you an ultimatum,” she says the principal told her. “We have tried to call your mother. You either come with me to the control room to change your shirt or we will arrest you.”

Summer remained in her seat and, luckily, her mother called back at that moment.

Instead of being arrested, Summer was given a ten-day suspension and barred from participating in any senior activities — including graduation.

“It’s just sad because I worked so hard for four years to walk across that stage,” she told NBC Charlotte.

The aspiring pre-med worries that having the suspension on her record might hurt her in the future.

But it’s not only the academic aspects of dress codes that worry activists. Many say that monitoring what young women wear so stringently enforces a victim-blaming attitude — suggesting that women are responsible for how men treat them.

“It teaches our children that girls’ bodies are dangerous, powerful and sexualised, and that boys are biologically programmed to objectify and harass them,” Laura Bates, the founder of The Everyday Sexism Project, wrote for TIME.

“When a girl is taken out of class on a hot day for wearing a strappy top, because she is ‘distracting’ her male classmates, his education is prioritized over hers.”

Next, check out history’s most powerful speeches ever given by women. Then, read the incredible story of the women who took over an Oregon town 100 years ago.