By All That's Interesting | Edited By Austin Harvey

The crash and the ghoulish aftermath were live-streamed on Instagram for all the world to see. 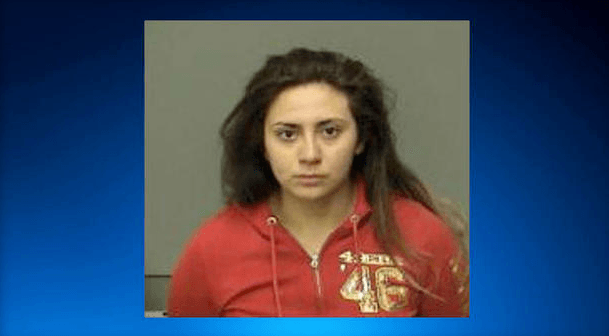 Obdulia Sanchez has been charged with vehicular homicide while driving under the influence.

An 18-year-old California woman has been arrested for vehicular manslaughter while drunk driving after she rolled her car, killing her 14-year-old sister all while live-streaming the crash and gory aftermath.
Obdulia Sanchez of Stockton, Calif. was driving down Highway 165 with her sister Jacqueline and another 14-year-old girl, who were in the backseat. Jacqueline was not wearing a seatbelt, and during the rollover she was ejected from the vehicle and died, according to police.
The Instagram live-stream was recorded by Mary Hernandez of Stockton, who posted it online. In the video below, Obdulia Sanchez can be seen filming herself while driving when she suddenly appears to veer off the road before the car rolls over several times. The video then cuts to Sanchez filming herself next to her sister’s dead body.

“My sister is fucking dying,” Obdulia Sanchez says into the camera. “I fucking love my sister to death. I don’t give a fuck.” She later says, “I fucking killed my sister, ok? I know I’m going to jail for life, alright? I understand that. This is the last thing I wanted to happen, ok? I don’t fucking care though.”

She then pleads with Jacqueline, who was just shy of her 15th birthday, to “wake up.”

Obdulia Sanchez is being held in Merced County Jail on a charge of vehicular manslaughter while under the influence. A GoFundMe page has been started to help pay for the funeral costs for Jacqueline Sanchez. As of this writing it has raised $876 of its $10,000 goal.