Upon sentencing, Dylann Roof offered no apology, explanation or remorse for massacring nine black churchgoers in 2015. 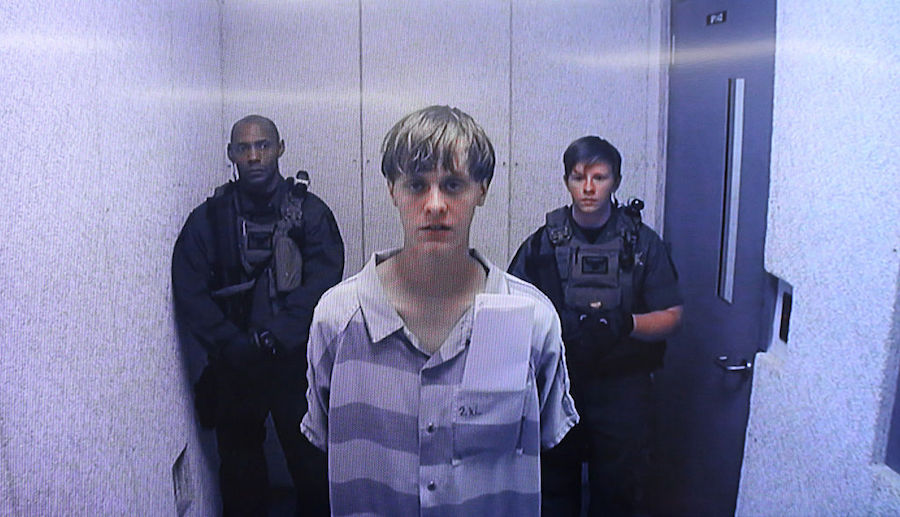 Grace Beahm-Pool/Getty ImagesIn this image from the video uplink from the detention center to the courtroom, Dylann Roof appears at Centralized Bond Hearing Court in North Charleston, South Carolina, June 2015.

As he stood before the court about to decide his fate on Wednesday, convicted mass-murderer Dylann Roof offered no apology for killing nine African-American churchgoers in Charleston, South Carolina on June 17, 2015.

Instead, speaking at the sentencing phase of his federal death penalty trial, Roof told the court that he was not mentally ill, thus giving up what may have been his last chance to mitigate his sentence and save his own life.

“Other than the fact that I trust people that I shouldn’t and the fact that I’m probably better at constantly embarrassing myself than anyone who’s ever existed, there’s nothing wrong with me psychologically,” said Roof to the same jury that found him guilty last month of the massacre at Charleston’s Emanuel African Methodist Episcopal Church.

Roof, who is representing himself at trial, then exhaled as he returned to the defense table only three minutes after walking up to the lectern to deliver his statements.

From the beginning, Roof’s statements on his crimes have revealed no remorse. “I would like to make it crystal clear I do not regret what I did,” Roof said in a white supremacist manifesto written in the Charleston County jail in the weeks after his arrest. “I am not sorry. I have not shed a tear for the innocent people I killed.”

In fact, it is the existence of this manifesto that has eliminated any possible reprieve for Roof from the court. Nathan Williams, an assistant United States attorney and the prosecutor who read from the journal in court, told the jurors that Roof’s act of violence was premeditated and had devastated the families of his victims.

“The defendant didn’t stop after shooting one person or two or four or five; he killed nine people,” said Williams, according to The New York Times, before finally announcing a few minutes later: “The death penalty is justified.”

The sentencing phase of Roof’s trial is expected to conclude next week.

Next, see how one African-American man convinced 200 racists to leave the KKK by befriending them, before seeing why the KKK’s official newspaper supports Donald Trump.