New Research Suggests That Earth Is Actually Made Of Two Planets 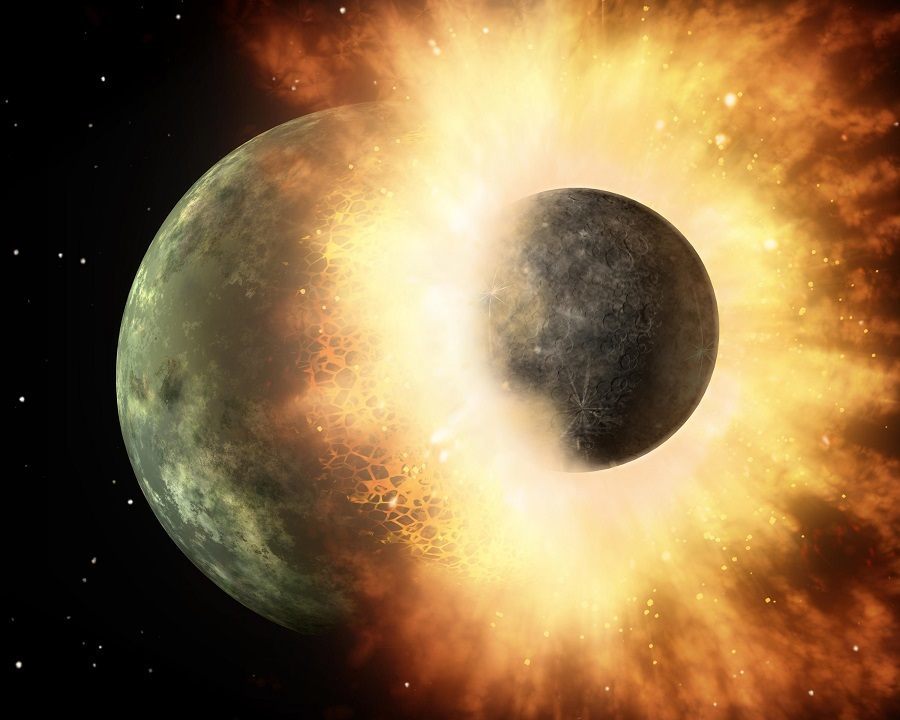 New research about an early Earth collision is changing the theory of how the Earth and Moon were formed. Image Source: Wikipedia (en)

New research from the University of California, Los Angeles, drastically alters popular conceptions of how the Earth and the Moon were formed. According to the UCLA researchers’ findings, the planet Theia directly collided with a young Earth 4.5 billion years ago, hitting so hard that the two planets became one, while a small chunk broke off to become the Moon.

Scientists already knew that Earth and a Mars-sized Theia had made contact when Earth was just 100 million years old, but it was previously believed that Theia had just side swiped Earth, with the debris from Theia entering Earth’s orbit to form the Moon. If that were the case, however, the Moon would presumably have different oxygen isotopes to Earth, as it would have Theia’s chemical composition. The researchers, led by Edward Young, UCLA professor of geochemistry and cosmochemistry, found that seven Moon rocks from the Apollo missions and volcanic rocks from Hawaii and Arizona have the exact same chemical signatures.

“We don’t see any difference between the Earth’s and Moon’s oxygen isotopes; they’re indistinguishable,” Young said. “Theia was thoroughly mixed into both the Earth and the Moon, and evenly dispersed between them. This explains why we don’t see a different signature of Theia in the moon versus the Earth.”

Funded by NASA, the Deep Carbon Observatory and a European Research Council advanced grant, the researchers focused on oxygen isotopes because the ratio of oxygen-17, which has a ninth neutron in its nucleus, to oxygen-16 varies depending on the size of the planet or moon. The bigger the planet or moon is, the less oxygen-17 is found, meaning that planets and their moons generally have different isotope signatures. As Young said, however, the Earth and Moon’s oxygen isotope ratios are identical, meaning that they are cut from the same cloth. Indeed, all life as we know it may very well be due to this one violent collision.