Once representing the uniting power of innovation, El Caminito Del Rey fell into dangerous disrepair over the years. Now, it's open again. 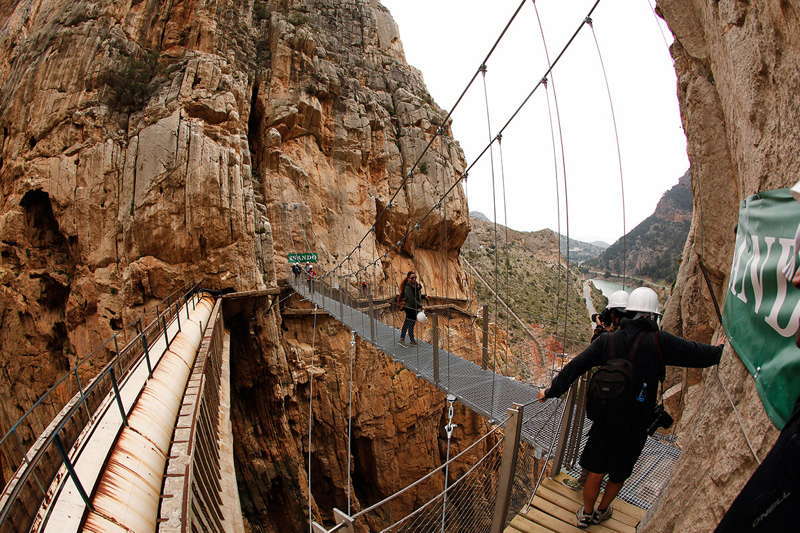 Do you like hiking? Enough to cross a bridge suspended around 350 feet above a river? If so, hiking one of the world’s most dangerous trails, El Caminito del Rey or “The King’s Little Path,” is your next adventure. 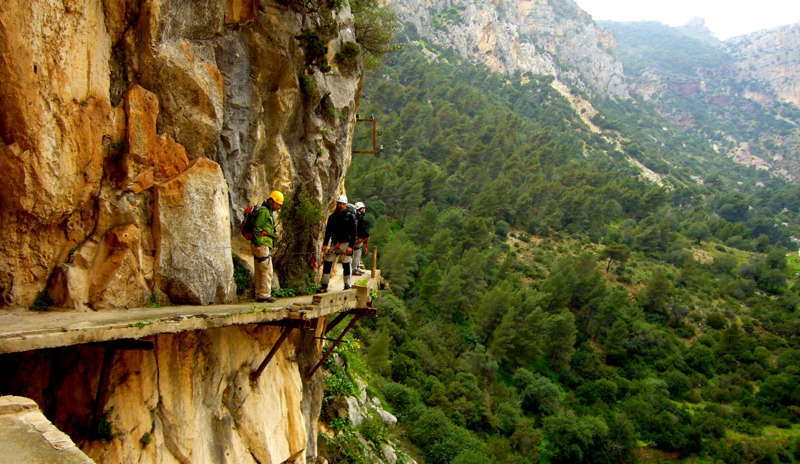 A narrow walkway along the steep cliffs of southern Spain, El Caminito Del Rey was completed in 1905 to link two hydroelectric dams near Málaga, Andalusia. In 1921, King Alfonso XIII presided over the opening of the “little path,” and he liked it so much that he walked across it himself.

This was a historical moment, as electricity had arrived in Spain just a few years before that, and the second Industrial Revolution was changing lives throughout the country and Europe writ large.

Locals regularly traversed El Caminito throughout the century. The suspended walkway allowed children to go to school every day, and enabled their parents to visit the nearest village for groceries or see friends. Unfortunately, for all the people who trod the path, no one was formally responsible for maintaining it, and the king’s tiny road was eventually left to rot. 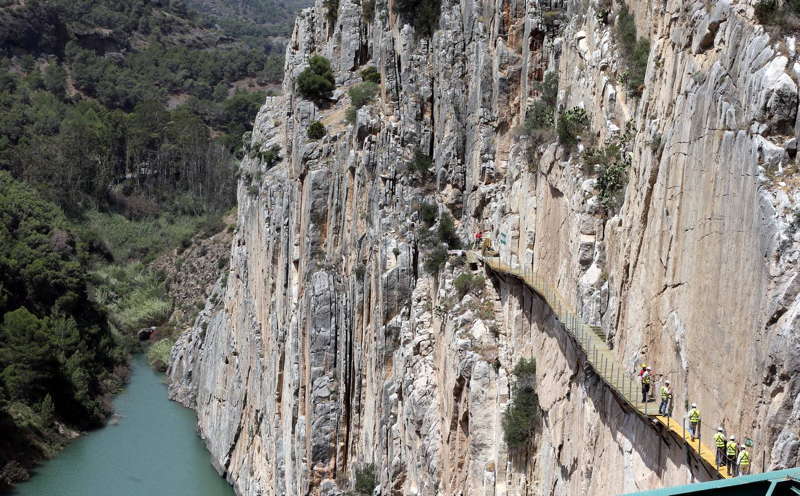 Over the last 30 years, the path’s floorboards and crossbeams fell to the river, presenting a literal impasse for its otherwise regular travelers. Intrepid climbers, however, kept crossing its floorless platforms every weekend — sometimes yielding fatal results.

Indeed, after five Caminito trekkers died in 1999 and 2000, local authorities officially closed the path. Anyone seen daring the Caminito would receive a fine. 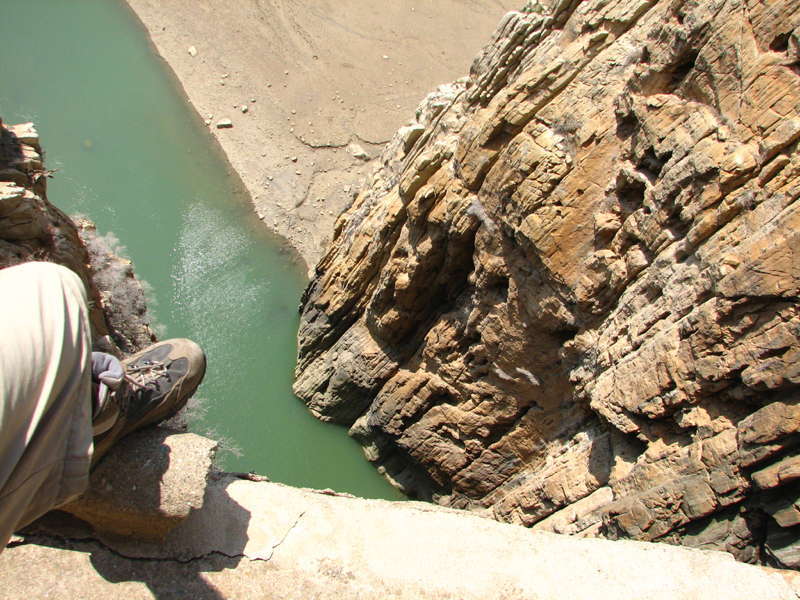 But now the king’s way has reopened.

Following a year’s worth of restoration efforts, El Caminito reopened to the public in March 2015. The five mile-long pathway, whose meandering path takes approximately three to four hours to walk, goes along the Garganta del Chorro gorge in the gorgeous Costa del Sol region, which is best known for its beaches and fantastic year-round weather.

Only 600 people can access the path each day, which is open from Tuesday to Sunday, weather permitting. Unsurprisingly, these slots have been booked for months in advance, as the path provides coastal views as spectacular as they were 100 years ago.

While entry is currently free, in March 2016 guests must part with six euros (about $7, purchasable online) in order to wander Caminito.

There is no need to have the strength of Iron Man to cross El Caminito Del Rey, but those who suffer from vertigo are discouraged from visiting. Now, however, there are railings, and you will be given a helmet before entering the pathway. Enjoy the trek!

In April 2014, Thrillseekers Anonymous visited El Caminito and recorded that experience. Watch it below (if you dare):