European Extremes: A Primer On The Continent’s Far-Left and Far-Right Political Parties

In late January, power in Greece changed hands. The anti-austerity party SYRIZA – whose acronym means the Coalition of the Radical Left – won over enough of the electorate to put Alexis Tsipras in the Prime Minister’s office. 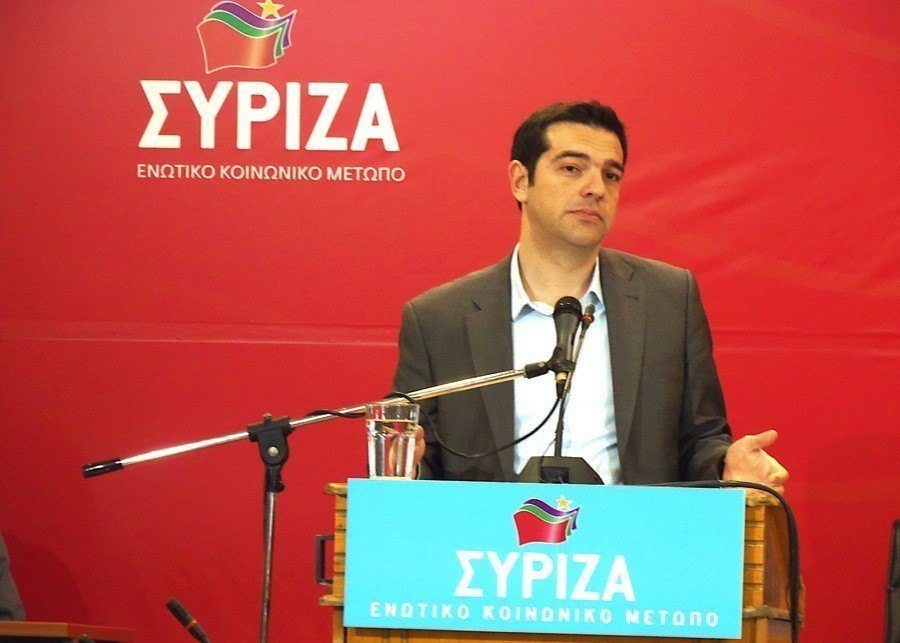 Syriza’s victory marks a new chapter in the story of the Eurozone crisis. Out of all of the European countries affected by the financial collapse, Greece had the most problems going into it. And it has suffered the worst economic fate in its wake. More than 25 percent of the work force is jobless. The youth unemployment rate is over 50 percent. Still, even during the worst of the downturn, mainstream political parties maintained their power in Greece. Until now.

Syriza won on the platform of reversing cuts to public programs, standing up against Germany in Eurozone negotiations, and its “strong anti-capitalist line,” as Stathis Kouvelakis, a member of the party’s central committee told the leftist magazine Jacobin. Kouvelakis explained that those allied under the Syriza banner “see themselves as class-struggle parties, as formations that represent specific class interests…and advance a fundamental antagonism against the current system.” Party members are animated by a Communist dogma that sounds a lot like the version Europe has been trying to undo since the Berlin Wall fell in 1989.

Syriza’s parallel in Spain is Podemos. ince its arrival on the Spanish political scene in January 2014, the party has exploded like a geyser in Spanish politics and quickly became the most popular political party in Spain. Like Syriza, Podemos wants an end to and a reversal of austerity measures. Despite widespread corruption and a growing public debt, Podemos wants the Spanish government to control much more of the country’s economy.

The face of Podemos is 37-year-old Pablo Iglesias, a former poli-sci professor in Madrid. Iglesias is fond of quoting Lenin, who he sometimes refers to simply as “the bald man.” With that said, he recognizes that the party of “We can” has to make its case to a broad swath of the Spanish population, not only other radicals. On January 31st, Podemos held a major rally in Madrid that, according to various estimates, packed between 100,000 and 300,000 people into the city’s central Puerta del Sol. Iglesias told the crowd, “They call change an experiment and chaos; we call it democracy.” 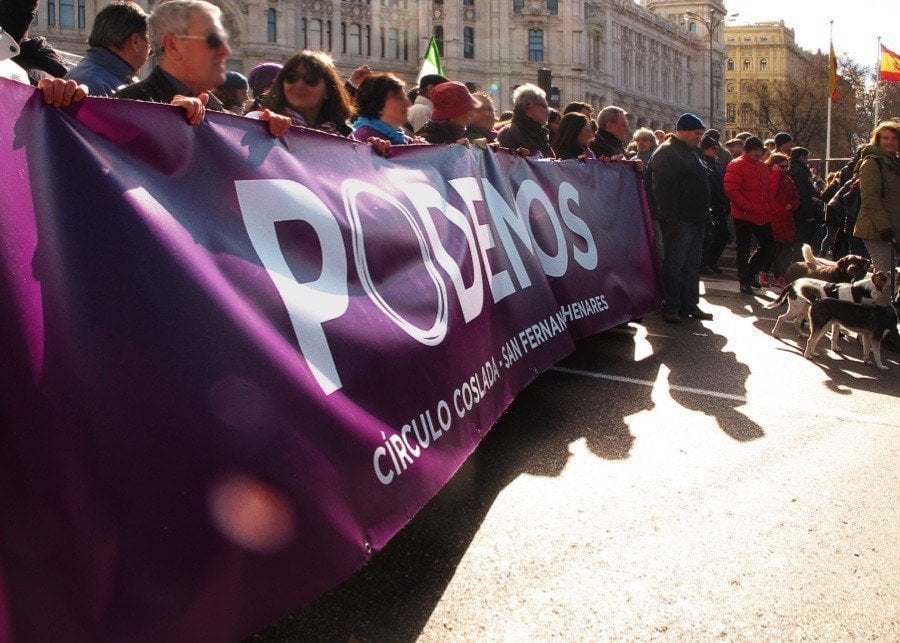 Podemos and Syriza have ideological comrades across Europe. Though they are not on the same page on every policy, Italy’s Five Star Movement, Germany’s Die Linke, and the Netherland’s Socialist Party have much in common with the far-left in Spain and Greece.

While the far-left may have utopian dreams about how economies work – Iglesias himself compares his party’s policies to the fancies of Don Quixote – they at least do not stoke the nastiest forms of racism in a ploy to win votes. Leave that to far-right.

Here, again, the best place to start is Greece. One of Syriza’s competitors in the recent elections was the neo-Nazi party, Golden Dawn. Fiercely anti-immigration, the Golden Dawn 2012 campaign slogan was “We can rid this land of filth.”

In 2014 the party won more than 9 percent of Greek votes for representation in the European Parliament – and therefore three seats in Brussels, the de facto capital of the European Union. But now, back in Athens, half of its 18 deputies in the Greek parliament are in jail. The other half are awaiting trial for allegedly running a criminal organization that deals in murder, illegal weapons, and intimidation of immigrants with acts of targeted violence. 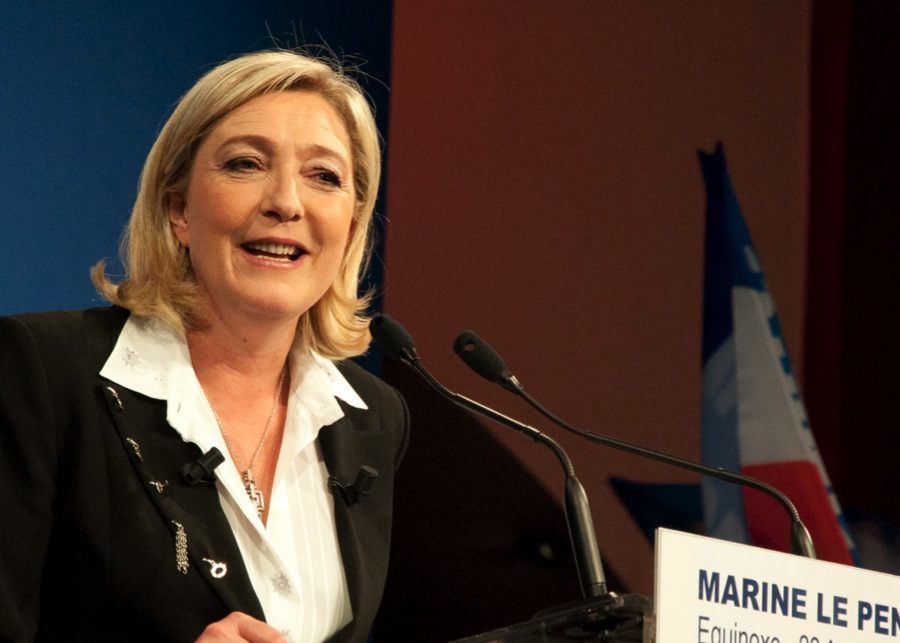 In France, the far-right National Front has also pushed a disturbing anti-immigration agenda. The National Front wants a 95 percent reduction of immigration into France, and it is pretty clear which immigrants they’re really referring to. Its leader, Marine Le Pen, has repeatedly lambasted the “Islamification” of France and once compared public calls to prayer in some French neighborhoods to the Nazi invasion of World War II. Her father Jean-Marie Le Pen, the politician who founded the party, has said that “Monseigneur Ebola” could “sort out” the dual problems of global over-population and the “migratory invasion” of France. 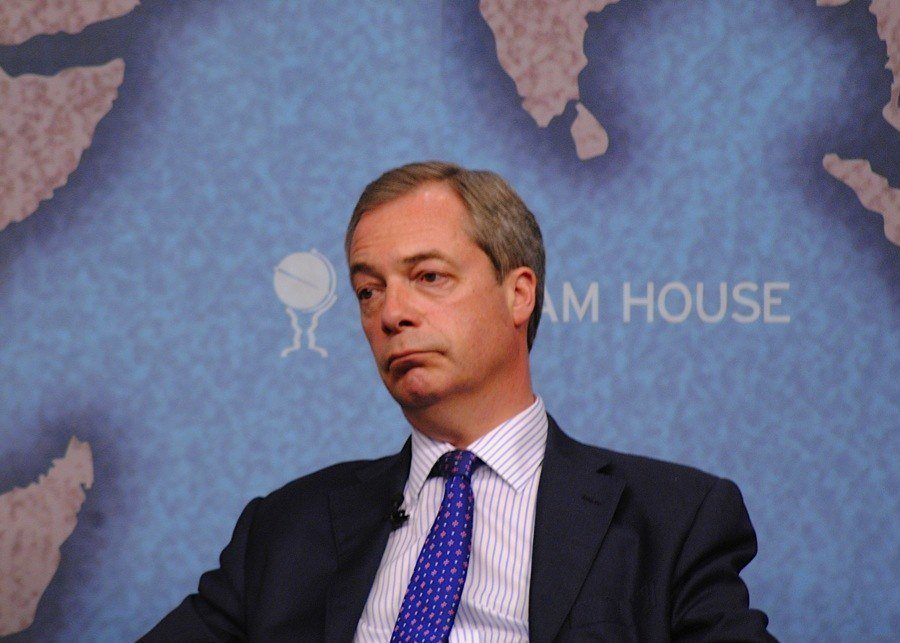 The United Kingdom Independence Party, known as Ukip, has repeatedly cast the blame for the UK’s problems on immigrants, minorities, and changes in “traditional” values. The party’s representatives have called homosexuality “a spiritual disease” and have argued that “[a]s for the links between homosexuality and pedophilia, there is so much evidence that even a full-length book could hardly do justice to the subject.”

And party leader Nigel Farage has made numerous remarks that are just as ugly. He has said – and this statement is repeated and defended on the party’s official webpage to this day – that “any normal and fair-minded person would have a perfect right to be concerned if a group of Romanian people suddenly moved in next door.” He also believes that women who are breastfeeding in public places should have to “sit in the corner.”

There are a number of other right-wing parties across Europe, including Poland’s Law and Justice, Hungary’s Jobbik, the Dutch Freedom Party, and Germany’s anti-Islamic Pegida Party. Lutz Bachmann, the founder and leader of Pegida, recently resigned after posting a picture of himself posing as Hitler on Facebook along with the message, “He’s back.” While the far-right’s influence has grown in recent years, Bachmann’s resignation is a reminder that the large majority of Europeans reject these parties.

What Explains the Rise in Extremism

In crises, people look for someone or something—anything beside themselves, really–to blame or rationalize their plight. In Greece and Spain, long-term, extremely high unemployment figures combined with cuts to cherished social services have pushed voters toward more radical visions of how to run the economy.

Elsewhere, far-right parties have exploited the economic downturn of the last seven years to wake up an ethnocentrism that went dormant during good economic times. Both the extreme right and left criticize the European Union and the creation of the euro for “stealing” national sovereignty and a country’s ability to solve problems on its own terms. 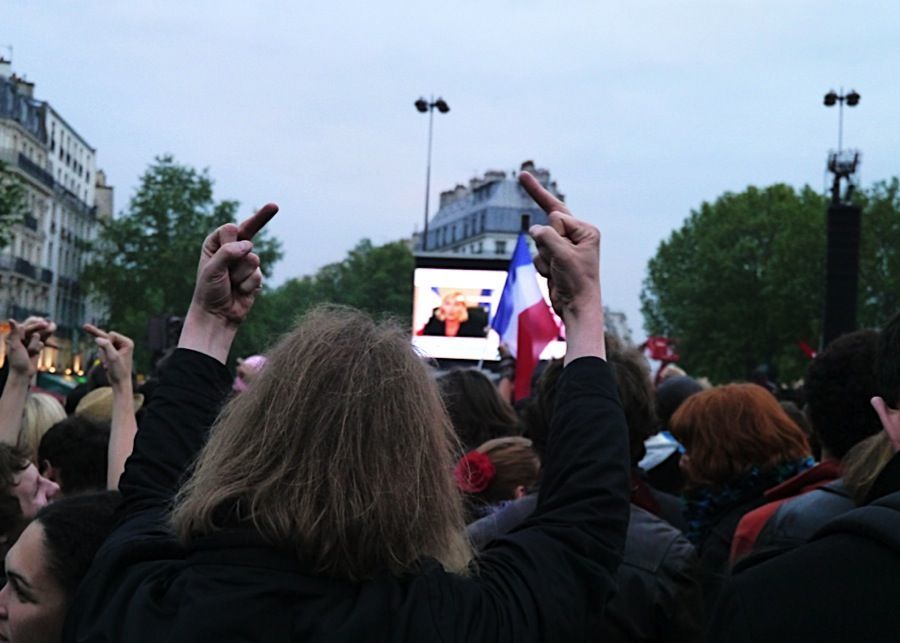 As long as large numbers of people remain jobless and the Eurozone debt crisis drags on, extremes will likely continue to shape the political environments across Europe. Still, it is a testament to the tolerance – and also to the sometimes naïve idealism – of most Europeans that far-right parties remain on the fringes of society, while the far-left radicals are beginning to take office.