Nevertheless, women work an average of 39 days more per year than men, the new findings show. 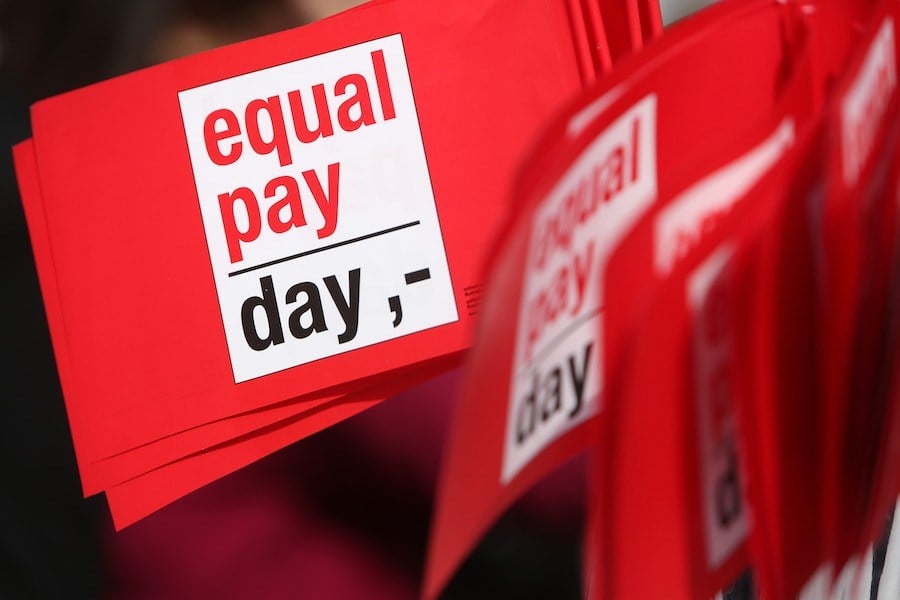 A new report reveals that if current trends continue, women around the world won’t receive fair pay for approximately 170 years.

Today, the World Economic Forum released their annual Global Gender Gap Report, which found that the global gap in earnings between genders will not close until 2186 unless the world really turns things around.

However, the new report shows that things have in fact recently taken a turn for the worse. Last year’s report predicted that the world would close the pay gap by 2133, but downward trends over the last four years have now pushed that estimate back 53 years.

The report’s authors, Richard Samans and Saadia Zahidi, hope that this alarming setback will force the world into action, telling the Guardian that they hope the report “will serve as a call to action for governments to accelerate gender equality through bolder policymaking, to business to prioritise gender equality as a critical talent and moral imperative, and to all of us to become deeply conscious of the choices we make every day that impact gender equality globally.”

Indeed, the report tackles gender inequality as a global problem, and not just in the workplace. The authors also measured disparities between genders in terms of economics (including income), educational opportunities, healthcare access, and political empowerment.

When considering those other factors, the outlook for female equality is better — with the education and politics gaps set to close within ten years and 82 years, respectively — but the pay gap problem remains strong.

In fact, despite their not receiving fair pay, the report furthermore found that women around the world worked an average of 39 days more than men per year, coming out to an average of about 50 additional minutes each day.

While women may be working more than their male counterparts, still no country has fully closed the gender pay gap. Iceland has come pretty close, a distinction that placed it first out of the 144 countries included on the Global Gender Gap Report’s list for the past six years.

Following Iceland, the other countries that make up the report’s top five — Finland, Norway, Sweden, and Rwanda — have now closed more than 80 percent of their gender pay gaps.

The U.S. ranks 45th on the list, having closed more than 72 percent of its gender gap. However, this position marks a downgrade from last year, when it ranked 28th. In other categories, the U.S. ranks 73rd for political empowerment and 26th in terms of economic participation and opportunity.

Both the U.S. and the world clearly have a long way to go.

Next, check out seven unknown women scientists who never got the credit they deserved, and then read about why men think they’re so much smarter than their female colleagues.