“For far too long, children in this church have been needlessly suffering and dying because their parents, as a condition of their religious beliefs, have refused to seek medical care for their children." 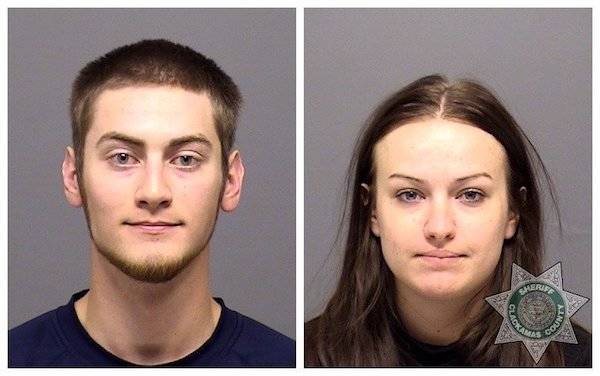 On July 9, a man and woman pleaded guilty to criminally negligent homicide for the death of their baby. The newborn was suffering from breathing complications, but the parents didn’t call 9-1-1 because they believe in so-called faith healing and rejected actual medical care.

At around 2:55 p.m on March 5, 2017, Sarah Mitchell, 24, gave birth to twin girls, Ginnifer and Evelyn. Mitchell delivered the children at her parents’ home in Oregon City, Ore. with no doctors or nurses in attendance. According to an affidavit obtained by KGW8, the babies were delivered prematurely after only 32 weeks.

Hours after the twins were born, Ginnifer stopped breathing. There were about 60 people at the home during the birth including friends and family, yet nobody called 9-1-1. She died around 7 p.m. that day.

Sarah Mitchell and her husband Travis Mitchell, 21, are part of the Followers of Christ Church – a faith-healing sect that believes in prayer and anointing the sick with oils rather than seeking medical attention.

Tonsfeldt arrived to find Sarah Mitchell cradling the dead newborn, who only weighed three pounds, six ounces, in a blanket. An autopsy and X-rays showed that Ginnifer’s lungs had collapsed because they weren’t developed enough to work on their own.

When Tonsfeldt inquired about the pregnancy and birth, he was met with “stilted and forced” answers. The respondents who wouldn’t look directly at him. 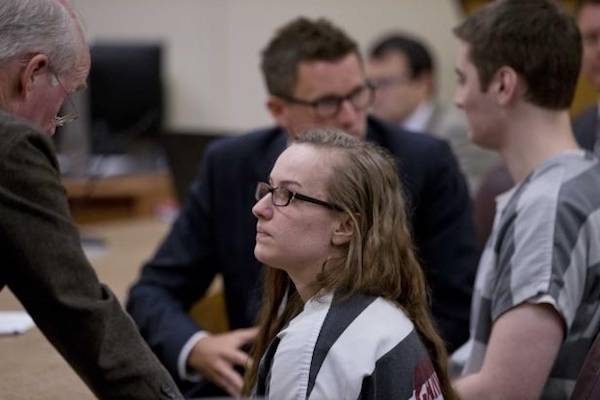 Both Sarah and Travis were arrested and charged with murder and criminal mistreatment. They were each sentenced to six years and eight months in prison following their guilty plea. They will also have three years of post-prison supervision.

According to the prosecutor, in the past nine years, the Mitchells are the fifth set of Followers of Christ Church parents who faced criminal charges after not seeking medical attention for their children. One of these previous cases was against Sarah Mitchell’s sister, Shannon Hickman, who was convicted of second-degree manslaughter after she delivered a premature baby boy who died eight hours after birth in 2009.

“For far too long, children in this church have been needlessly suffering and dying because their parents, as a condition of their religious beliefs, have refused to seek medical care for their children,” the district attorney’s office said.

“They have their own graveyard, and it’s just full of children,” said Myrna Cunningham, a former Followers of Christ Church member whose family left when she was around 12 years old.

In the statement released following the Mitchells’ sentencing, the district attorney’s office said that in addition to getting justice for the victims, the charges are also “to convince The Followers of Christ congregation that they must stop this misconduct.”

A patriarch of the church signed a similar written statement and all their letters will be posted inside the church for the congregation to read.

The surviving child, who Tonsfeldt told the family was also at medical risk and needed to go to the hospital, is now in foster care.

Next read about the couple who gave their dying child garlic to cure meningitis. Then read about the report that found vaccines could have prevented more than half of all child flu deaths in the U.S.