After receiving a terminal diagnosis, Mya DeRyan decided to end her life on her own terms -- but things didn't quite go as planned. 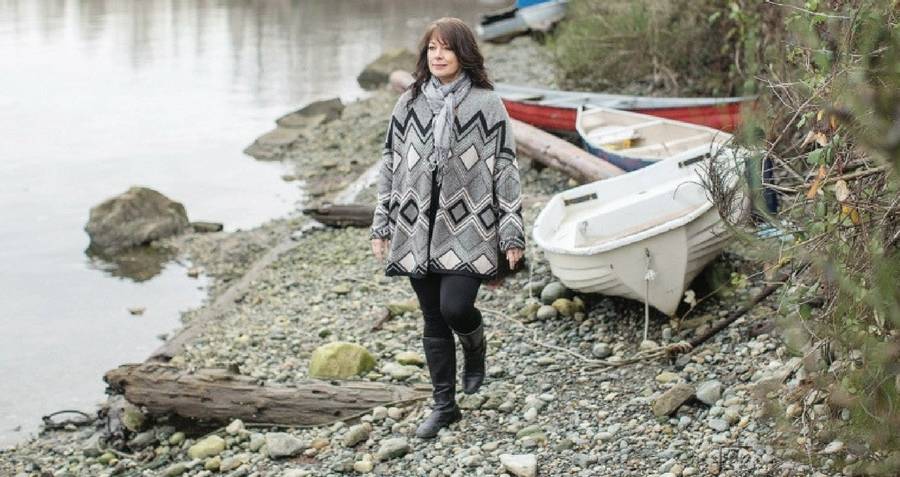 A Canadian woman has discovered a “new lease on life” after a close call with death.

Last month, Mya DeRyan was fished from the frigid waters off the coast of Vancouver, after jumping from the deck of a ferry.

Earlier this year DeRyan went to her doctor complaining of chronic headaches and nausea and was diagnosed with a terminal illness. Being a skeptic of western medicine, DeRyan opted out of treatment, instead choosing to end her life on her own terms.

As an avid ocean-lover, DeRyan chose the sea as her final resting place. She made her living by creating artwork made from the scales of dead fish, and believed that an ocean death would be “the ultimate expression of her connection to the water.”

On the morning of Oct. 30, DeRyan boarded the Queen of Cowichan ferry. She posted a video on Facebook, announcing her wish to die by skinny dipping in the ocean. Then, later that evening, she removed her clothing, left a short note expressing her wishes, and jumped into the ocean.

Unfortunately for DeRyan, another passenger saw her jump, and immediately alerted the ferry’s authorities. Though life rings were tossed into the water, DeRyan avoided them and swam as far from the ferry as she could.

However, the ferry staff didn’t give up, as DeRyan hoped they would, and immediately informed the Marine Communications and Traffic Services. For the next five hours, helicopters, ferries, and Zodiacs swarmed the area, leaving DeRyan continuously swimming away from watercraft, and unable to successfully commit suicide.

Eventually, she became so exhausted from treading water, and so cold from the frigid water temperatures that she grabbed onto a life ring, and allowed a boat to pull her to safety.

DeRyan was immediately rushed to the hospital, where doctors treated her for extreme hypothermia. The average survival time in Pacific waters is two to three hours, due to the near-freezing water temps, and DeRyan had survived five. Eventually, doctors in the intensive care unit were able to stabilize her vital organs and warm her body.

However, the most shocking news was yet to come. In addition to having survived record time in freezing water, doctors informed DeRyan that her original diagnosis had been false — aside from hypothermia, she was in perfect health.

After spending a week in the psych ward, where she was placed after doctors realized she had tried to kill herself, DeRyan was released and is now recovering at home with her family.