"I saw a child run crying, I did not think I was facing the worst tragedy of my life," one eyewitness said. 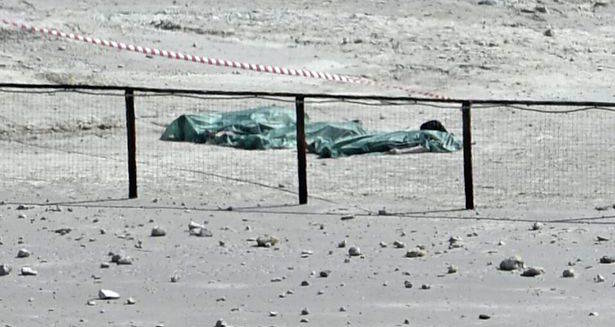 Ciro Fusco/EPAThe bodies of the deceased.

An Italian family perished earlier this week when they fell into a 1,800-degree volcano.
The Mirror reports that the family was vacationing at the Solfatara volcano, located near the town of Pozzuoli, to the west of Naples. The family, who traveled from their home in Turin to visit the volcano, may have gotten off path after following their 11-year-old son, who had wandered toward the volcano.

When the boy’s parents, aged 42 and 47, followed after him, they likely all ended up in close proximity to this volcanic crater. Experts suggest that the toxic fumes coming out of the crater may have then overtaken them, causing them to fall in. The three of them — the mother, father, and their 11-year-old son — all perished in the crater, killed by the immense heat and deadly gas. 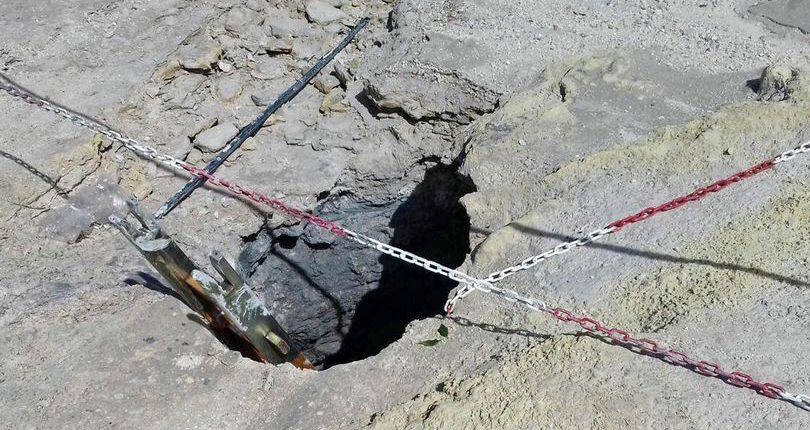 Ciro Fusco/EPAThe crater where the bodies were found.

The family’s second son, aged seven, actually managed to survive. He ran in the opposite direction and was able to alert the authorities.

Eyewitness Diego Vitagliano, who was the first to spot the little boy, said, “I saw a child run crying, I did not think I was facing the worst tragedy of my life, I’m a father too.”

He then contacted emergency services, who quickly arrived. However, by the time they had made it to the scene, the two parents and their older son were already dead. 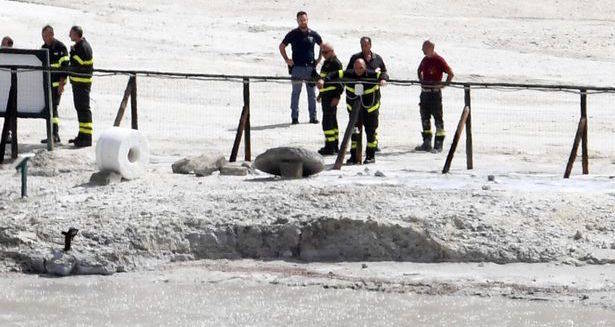 Ciro Fusco/EPAWorkmen stand near the crater.

“The medical ambulance came right away, but we could not do anything,” emergency services said in a statement.

Vitagliano said, “They pulled out two bodies, then pulled us away. I continue to think about that family and that poor baby crying and asking for help.”

The Solfatara volcano is dormant and has not erupted since 1198, but the site’s craters still expel boiling water and sulfurous fumes.

Next, learn about the Indonesian Yadnya Kasada festival that takes place on an active volcano. Then, check out these photos of the eruption of Mount Pelee, the worst volcanic disaster of the 20th century.