Despite the critics, the father claims that his son never complained and that the punishment was successful. 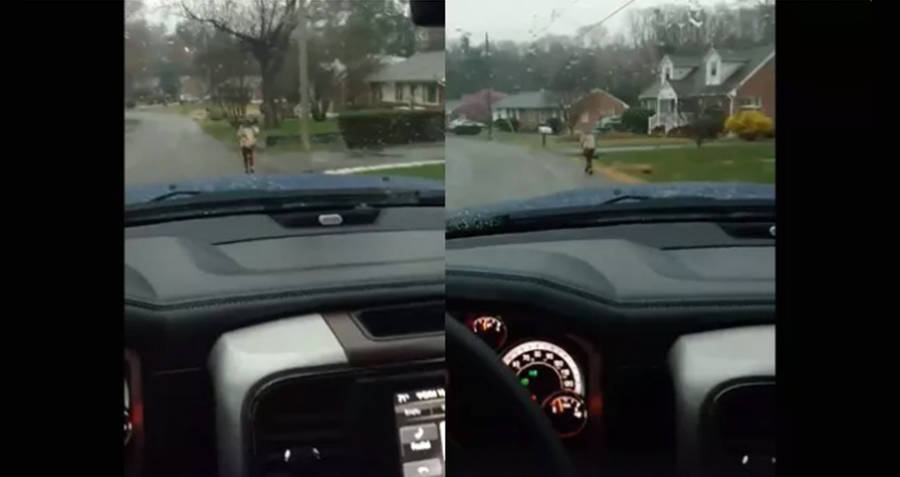 In the video, the boy can be seen running ahead of his father’s car.

A father raised eyebrows online after admitting he makes his son run to school as a form of punishment for “bullying.”

Bryan Thornhill of Virginia posted a video to his Facebook page last week, in which he describes his “old-school” approach. It appears that the video has since been removed.

“Welcome to ‘you better listen to your dad 2018,'” he said in the video, before explaining why he resorted to such measures. According to Thornhill, his 10-year-old son was given a three-day suspension from his school bus, after “being a little bully.”

Thornhill’s solution was to make his son run to school, as he followed behind in his car. The school is about one mile from the Thornhill home. He says the approach, which he refers to as “old-school, simple parenting,” has proven to be a success.

“Ironically, since he’s been running to school this week, his behavior’s been much better. Teachers have approved of his behavior this week. He hasn’t gotten in trouble this week, where last week, he was just absolutely out of his mind,” Thornhill said.

Since posting the video on his Facebook page, it has received over 1 million views, and thousands of comments both from supporters, and those who abhor his decision.

“I was in a classroom for 29 years I wish more parents were like you! Thanks for taking a stand against bullying and teaching your children lessons. Keep up the good work!” one commenter said.

Another wasn’t so thrilled.

“Wow I just watched this video and cannot agree with this form of punishment for a child on this day. It was raining and the kid had to run a mile. So what is the kid to do sit in wet clothes while he’s at school. And then he gets sick. Also have you noticed the amount of weight in that backpack the child was carrying. Not good for a child’s back at all,” another commenter wrote.

While his method may seem controversial, Thornhill maintains that his son never complained. In the past, physical activity has been used as a form of punishment for his son during sports, and Thornhill didn’t see running to school as any different. He added that his son also suffers from Attention Deficit Hyperactive Disorder and that running helps him cope.

Another video posted to Thornhill’s Facebook page shows him running alongside his son, as well as his eight-year-old daughter. He claims that both of his kids actually want to run to school now.

“The important thing is that he’s learned a valuable lesson and he understands,” Thornhill said.

Thornhill also offered to teach other parents his “boot camp” method of discipline, if they were at all interested.

Next, read about the parents who sued their sons school, after he killed himself after being bullied at school. Then, check out these vintage back to school photos from your favorite celebrities.