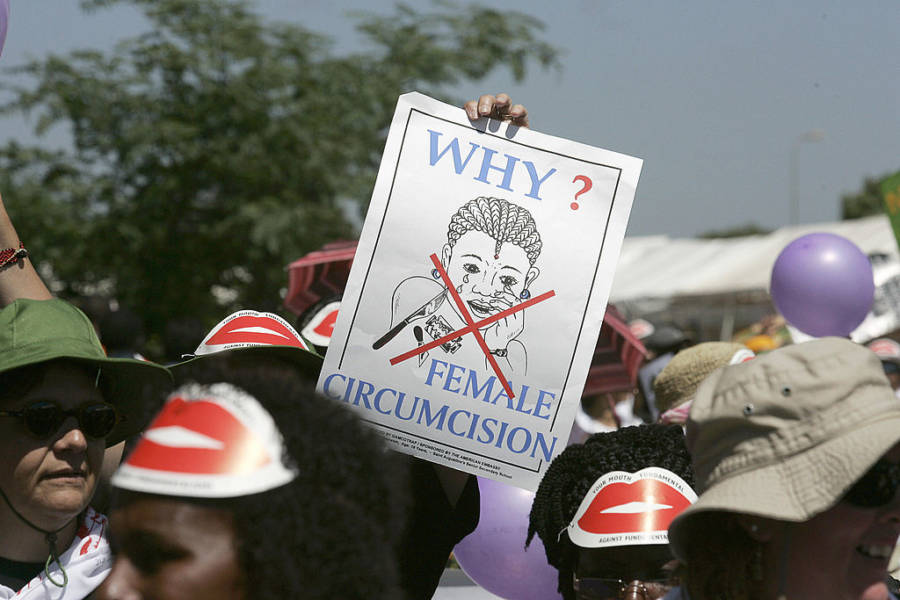 Female genital mutilation (FGM) — which provides no health benefits and is considered a human rights violation by the World Health Organization — has been performed on more than 200 million girls and women alive today.

Two of those victims are in Minnesota.

The case involves two doctors and one of the doctor’s wives, who are being charged with subjecting two seven-year-old girls to genital cutting.

Dr. Jumana Nargarwala has been accused of performing the procedure on children for 12 years. Dr. Fakruddin Attar is being charged as an accomplice after allowing her to use his clinic.

Attar’s wife, Farida, is also being charged for holding at least two of the victims’ hands during the procedure.

All three are practicing Indian-Muslims and belong to the Dawoodi Bohra sect in Farmington Hills, Michigan — where the girls were brought by their parents for the procedure.

Their defense team is maintaining that the children were scraped — not actually cut — in the procedure, and that the religious practice is misinterpreted.

Cutting a girl’s genitalia has been illegal in the U.S. for 21 years. But with the way the law is worded, some experts think the defendants might stand a chance at getting off with religious freedom claims if they can prove that it was only a slight nick or scrape.

“We know there is female genital mutilation. No one is saying it doesn’t exist. But what we’re saying is this procedure does not qualify as FGM,” Mary Chartier, a defense lawyer in the case, told The Detroit Free Press.

“And even if it did, it would be exempt because it would violate their First Amendment rights. They believe that if they do not engage in this then they are not actively practicing their religion.”

This is likely going to be a hard argument to sell, since court documents show the girls have scarring and abnormalities on their clitorises and labia minora.

Furthermore, there is no such thing as absolute religious freedom in the States, legal scholars say.

“It is hard for me to imagine any court accepting the religious freedom defense given the harm that’s being dealt in this case,” said First Amendment expert Erwin Chemerinsky, who was recently named the most influential person in legal education. “You don’t have the right to impose harm on others in practicing your religion.”

So the case will come down to one main question: can the specific procedure they performed be considered harmful?

“It is theoretically possible that if the procedure really was just a nick that does not cause lasting damage and does not harm sexual health or sensitivity for the young women, allowing the nick, but nothing more, could be more narrowly tailored than an outright ban,” Frank Ravitch, a Michigan State University law professor, said.

He argued that there could be possible benefits from this sort of ruling.

“It would also keep the practice from going underground, which could lead to more serious mutilation.”

Legalizing the practice in a very minor form, activists have argued in the past, would be a sort of cultural compromise — reducing the extensive mutilation cases by allowing minor, legal, theoretically harmless procedures that the government could monitor and regulate.

But that’s a hard stance to defend when a seven-year-old says she “could barely walk after the procedure, and that she felt pain all the way down to her ankle.”

Next, meet the suffragettes who defended women’s rights with jujutsu. Then, check out these 50 photos celebrating women’s history.