At the turn of the 20th century, many people who were born with unusual conditions joined "freak shows" in order to make a living. Horrifically, some were forced into it. 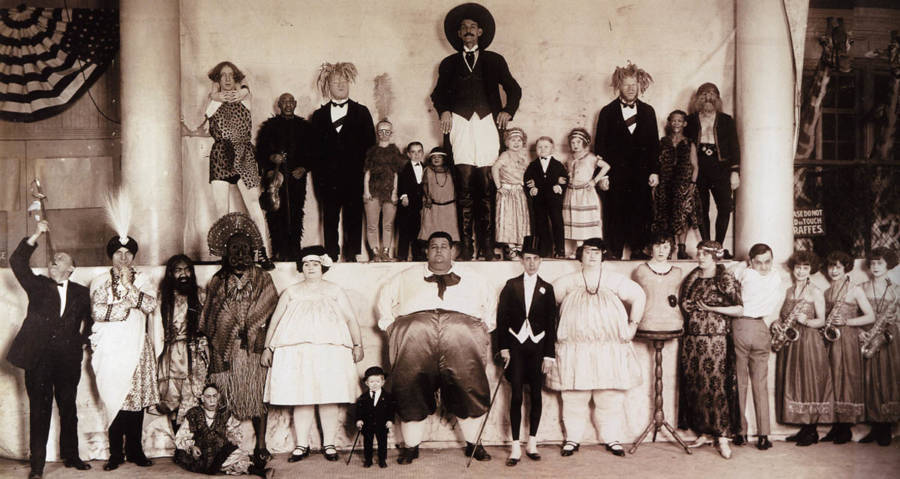 Wikimedia Commons The Ringling Bros. lineup at a freak show in 1924.

On May 19, 1884, the Ringling Bros. Circus officially opened for business, capitalizing on the extreme to earn a profit. And it worked: For many years, the most popular component of the circus was the “freak show.”

Of course, Ringling Bros. was far from the only circus to offer a freak show to curious audiences across America. But it was one of the most famous, alongside the Barnum & Bailey Circus (and the two circuses would eventually merge in 1919). So, many of the people featured in that freak show became some of the most famous circus performers in the country.

But despite the splendor of circuses in the late 19th and early 20th centuries, there’s no question that these shows had a dark side. Some of the performers had been kidnapped and were forced to go onstage against their will. Others were mistreated by abusive staff members or by people in the audience, who did not see the performers as real people.

That said, there were some performers who were widely accepted and well-paid by the circus staff. In fact, some made so much money that they out-earned everyone in the audience — and even their own promoters.

Perhaps most surprising, the performers were not always born different. Sometimes they were “manufactured.” As Clyde Ingalls, the manager of the Ringling Bros. and Barnum & Bailey sideshow in the 1930s, once said, “Freaks are what you make them. Take any peculiar-looking person… play up that peculiarity and add a good spiel and you have a great attraction.”

As medicine began to explain the unexplainable — and as some began to question the ethics of freak shows — these performances eventually fell out of fashion. But while they thrived, countless famous performers moved through their ranks. Here are some of their stories. 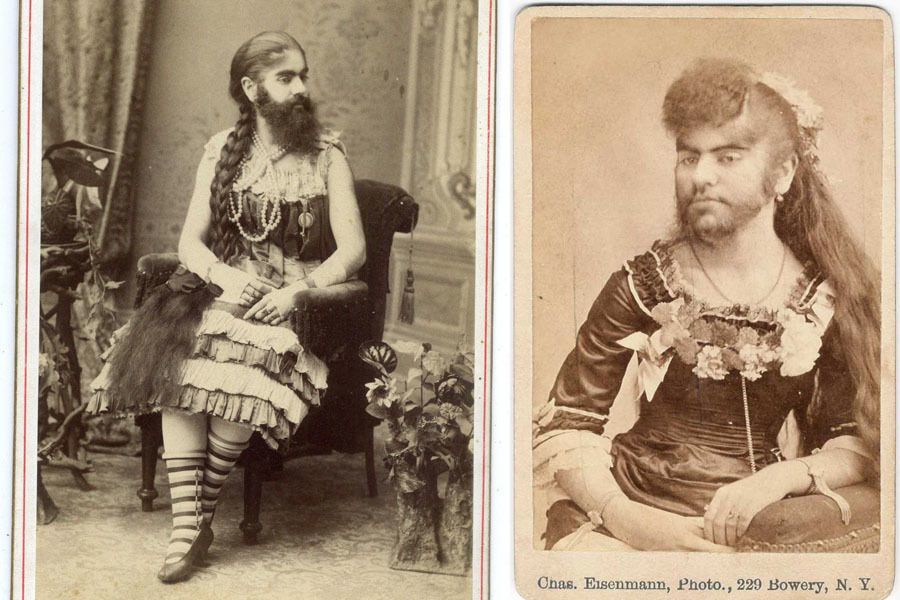 One of history’s most recognized freak show performers, Annie Jones was born in 1865 with her chin already covered in hair. It’s still unknown what caused her facial hair, but it was most likely hirsutism, a condition that leads to “coarse hairs in females in a male-like distribution.”

She began her career at age one — when she was featured at P.T. Barnum’s American Museum. After a successful stint at the museum, Barnum offered Jones’ parents a three-year contract for the girl at $150 per week.

Known as the “Bearded Girl,” Annie Jones had a mustache and sideburns by the time she was five years old. And she was so popular with audiences that other circus recruiters wanted to feature her in their shows instead — and some were willing to resort to horrific measures to do so.

While under the care of Barnum’s appointed nanny, Jones was kidnapped by a New York phrenologist who attempted to exhibit Jones in his own sideshow. Luckily, Jones was soon found in upstate New York. But then, the kidnapper made a wild claim that the girl was actually his child.

When the matter went to court, Jones quickly ran into the arms of her real parents. The judge called the case closed, and Jones’ mom remained close to her daughter for the rest of her career as a performer.

As an adult, Jones performed as the “Bearded Lady” or the “Bearded Woman.” And she also began to pursue her own interests, becoming just as well known for her musical skills as her bearded face.

In her final years, she began to campaign against the use of the word “freak” to describe sideshow performers. But she was ultimately unsuccessful, and by the end of her life she had “known no other life than that of a freak.”

Outside the circus, Jones was married twice — the second time widowed — before becoming ill during a visit to her mother’s home in Brooklyn. There, she passed away from tuberculosis in 1902 at the age of 37.