That’s Not Supposed To Be In A Bag Of Salad

“I'm just happy he survived and I didn’t eat him.” 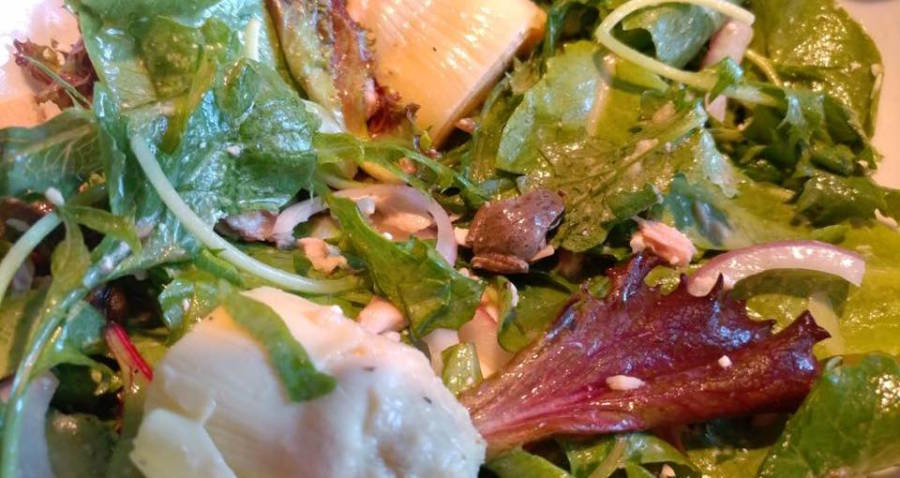 Rarely do stories of finding unintended items in packaged food end well, but in one exception to the rule a California woman gained a new friend after discovering a surprise in her Target salad.

The Los Angeles Times reports that last week Becky Garfinkel discovered a small frog in the salad she purchased from a nearby Target.

The 37-year-old Corona, California resident was already mostly through her Taylor Farms spring mix salad when she noticed the frog. She spotted the small creature just as she was about to stick her fork into the portion of the salad that he occupied.

Garfinkel, a vegetarian due to meat allergies, immediately threw up her dinner and began worrying about what health risks she may have been exposed to. It was at that moment that her husband realized that the frog was somehow still alive.

He rinsed the salad dressing off the animal and, using a trick he had learned from an online video, rubbed the frog’s belly until it regained consciousness.

“He survived so much,” she said. “I am just happy he survived and I didn’t eat him.”

The couple decided to keep the frog, naming him Lucky for obvious reasons. Now he lives in a terrarium in her office, decked out with moss, crickets, worms and a bowl. 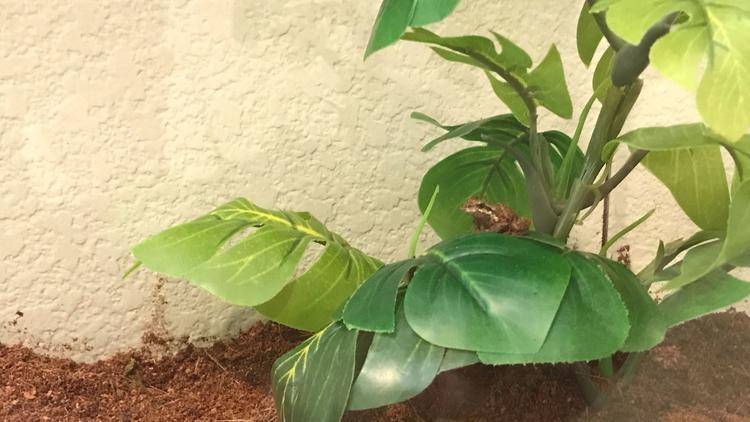 Becky has reached out to Target through a Facebook post who offered her a $5 gift card. She also reached out to Taylor Farms, the Salinas-based company that makes the salads, and they apologized and stated they had begun an investigation into the slip-up.

This is not the first time that animals have been packaged into food. In 2010, a British father found a mouse baked into a Hovis Best of Both loaf while making sandwiches for his children. In 2014, a woman in New York City found a lizard’s head and arm in her packaged kale salad.

Thankfully, this time the story ended up well, and now a frog has a new home, and Garfinkel has a new pet.

Next, read about the dead bat that was found in a Walmart packaged salad that prompted a massive recall. Then, check out the woman who found a squid-like goo in her coconut water.