‘She Was Frozen’: Cat Caught In Polar Vortex Brought Back To Life

Animal Clinic of Kalispell/FacebookFluffy in her frozen state before being thawed out.

When temperatures dropped below zero and Fluffy the cat couldn’t make it indoors, it looked like she was a goner. But after her owners took the frozen feline to the vet, Fluffy was thawed out and got a second chance at life.

With the polar vortex raging in Kalispell, Mont. on Jan. 31, Fluffy was in trouble. Sure enough, her owners soon found her covered in a thick layer of ice and snow, according to The Washington Post.

The owners (who have declined to be identified) immediately got her to the Animal Clinic of Kalispell, where they found that Fluffy’s body temperature had dipped all the way down from the average of about 101 degrees Fahrenheit to just 90 degrees Fahrenheit — so cold that the thermometer initially couldn’t even record her temperature. 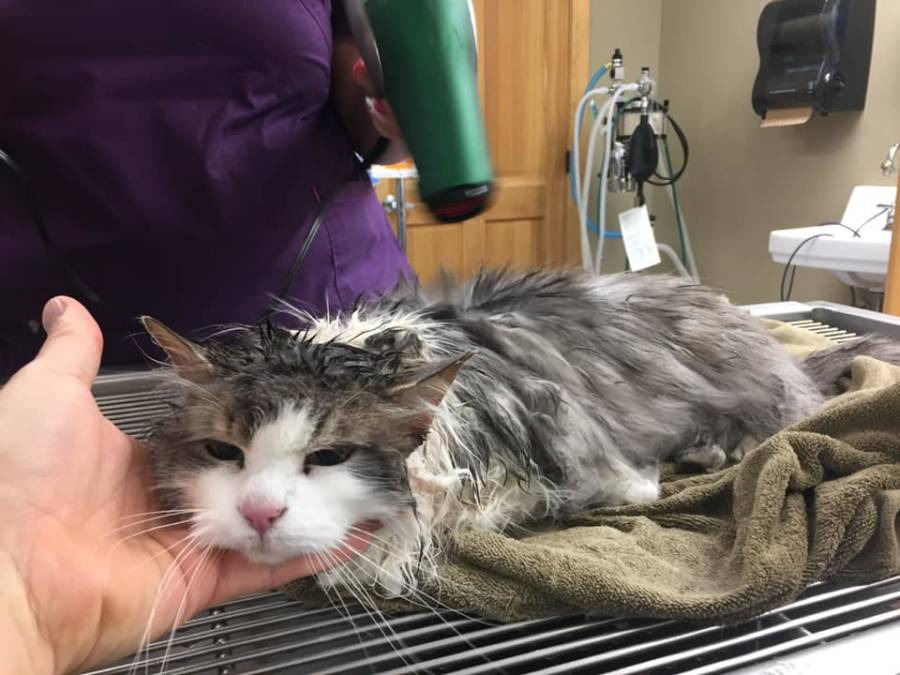 Dutter, Clark, and company quickly got to work with warm water, heating pads, hair dryers, and hot towels. And after an hour, Fluffy finally started showing signs of life — by “grumbling” at them.

Finally, they put her in a heated kennel, which fully thawed her out and allowed staff to discern what was likely the root cause of Fluffy’s freezing: She’d suffered an (unspecified) injury that had likely prevented her from getting herself back inside when the cold hit. 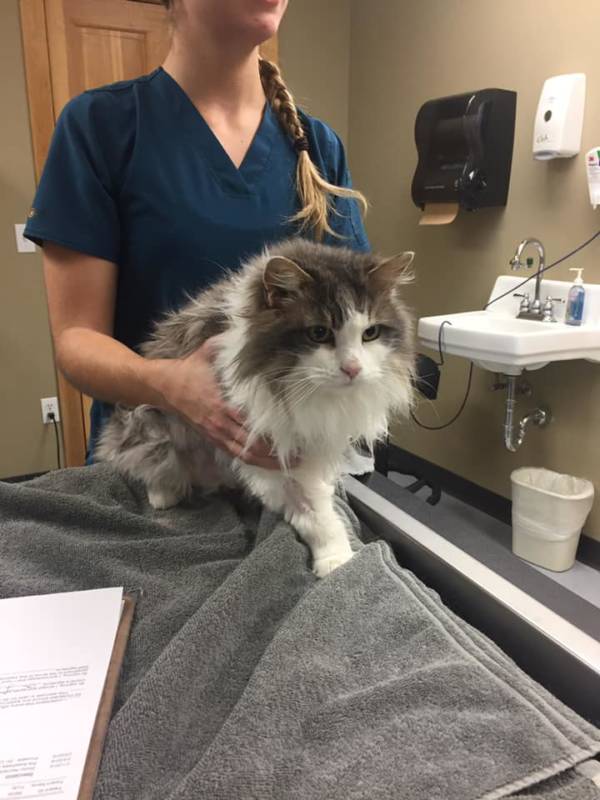 In the end, after just one night in the clinic’s emergency room, Fluffy was able to return home and has since made a full recovery. It was, as the Animal Clinic of Kalispell wrote in their now-viral Facebook post, an “amazing success and survival story.”

Animal Clinic of KalispellFluffy at home following the procedure to thaw her out.

Next, read up on Jean Hilliard, the woman who was frozen solid and came back to life. Then, discover the disturbingly literal origins of the phrase “cat got your tongue?”