Humanity has long sought the ability to predict the future, and to a handful of candy connoisseurs in the height of the Second Industrial Revolution, it never looked brighter. On the cusp of a new century, Hildebrand’s, a then-leading German chocolate company, produced a set of cards depicting the “sweet” life that awaited us in the year 2000. 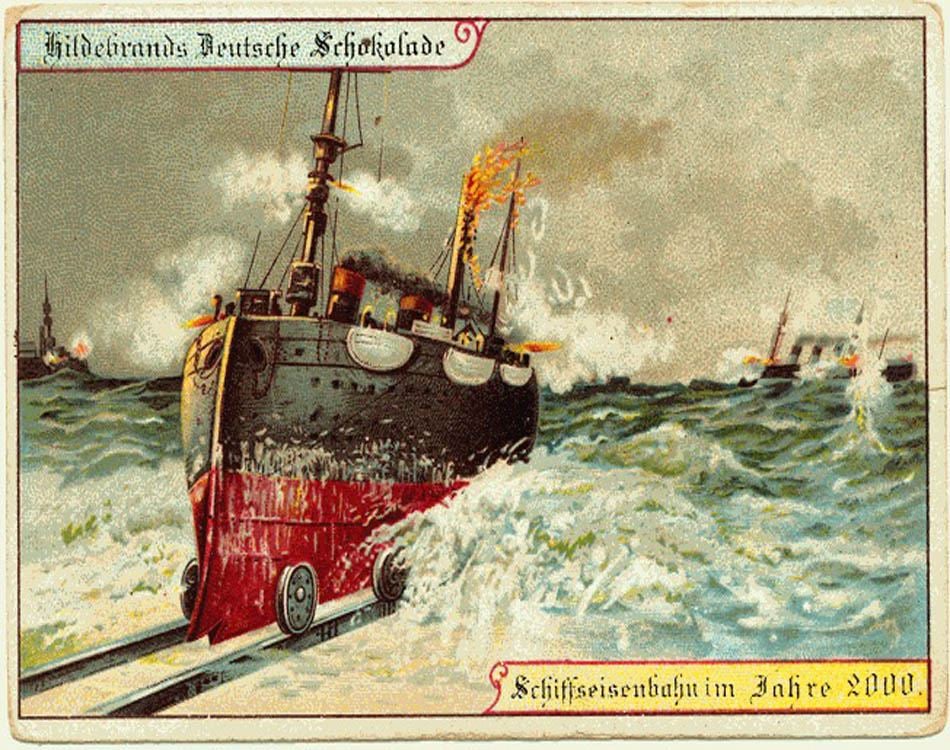 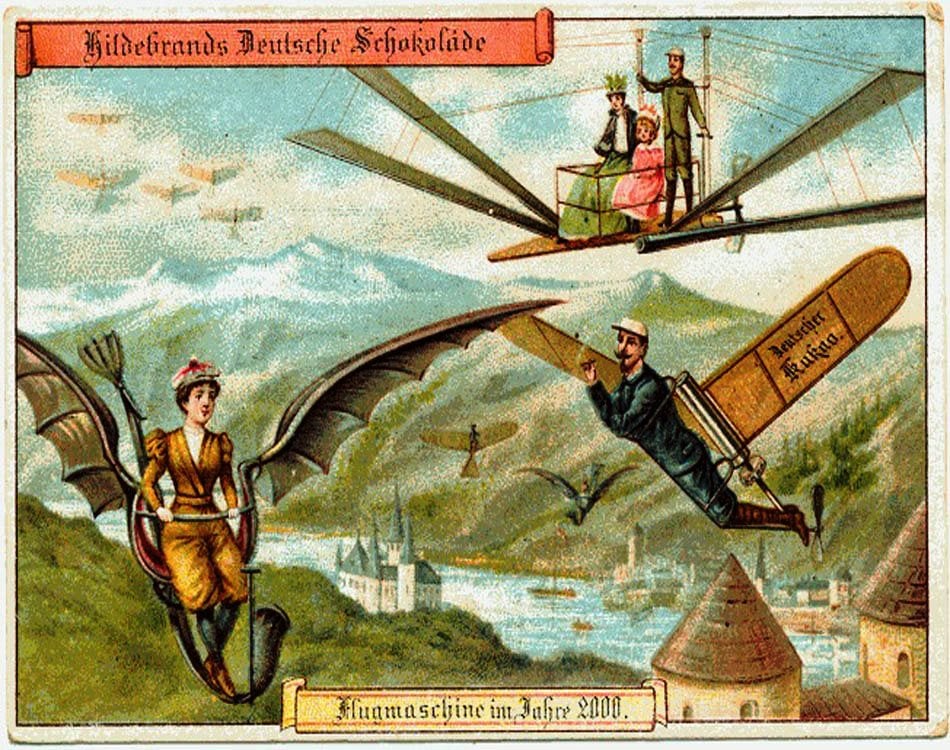 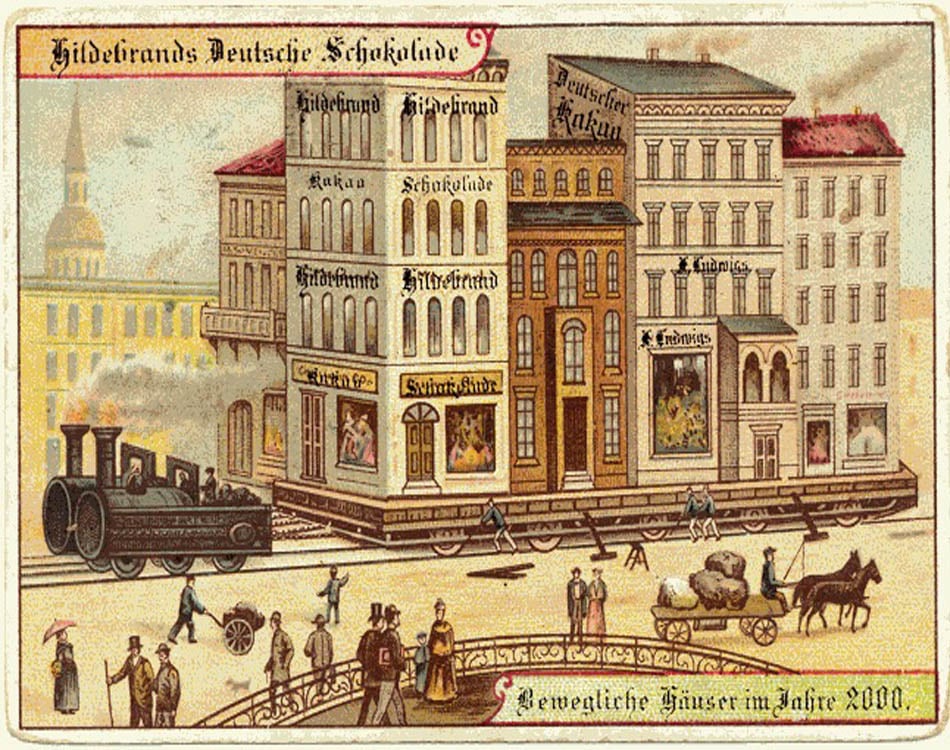 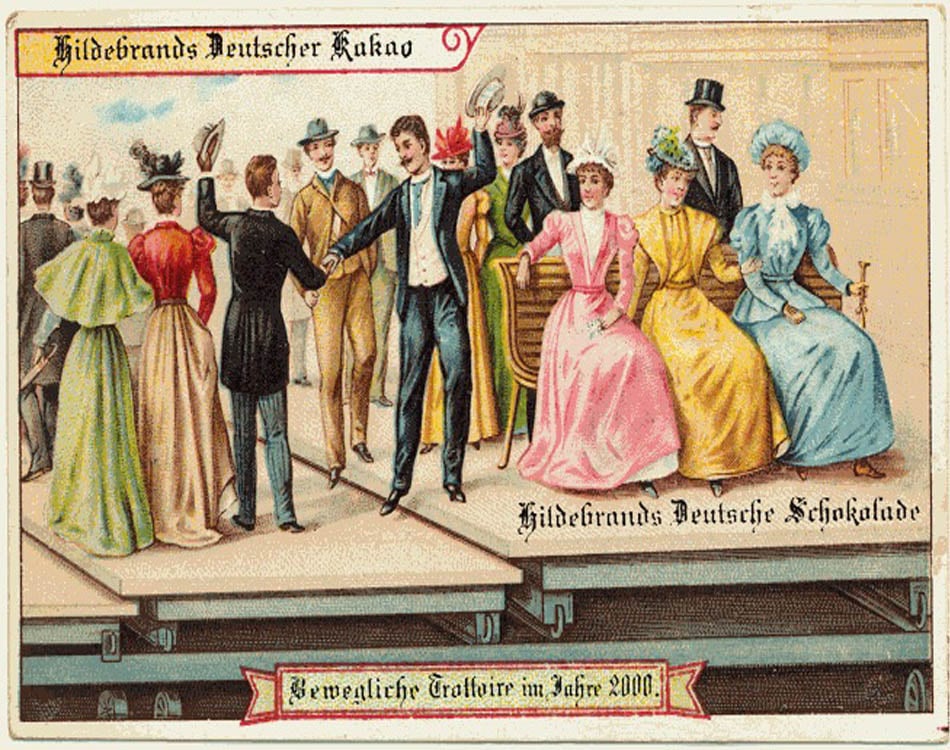 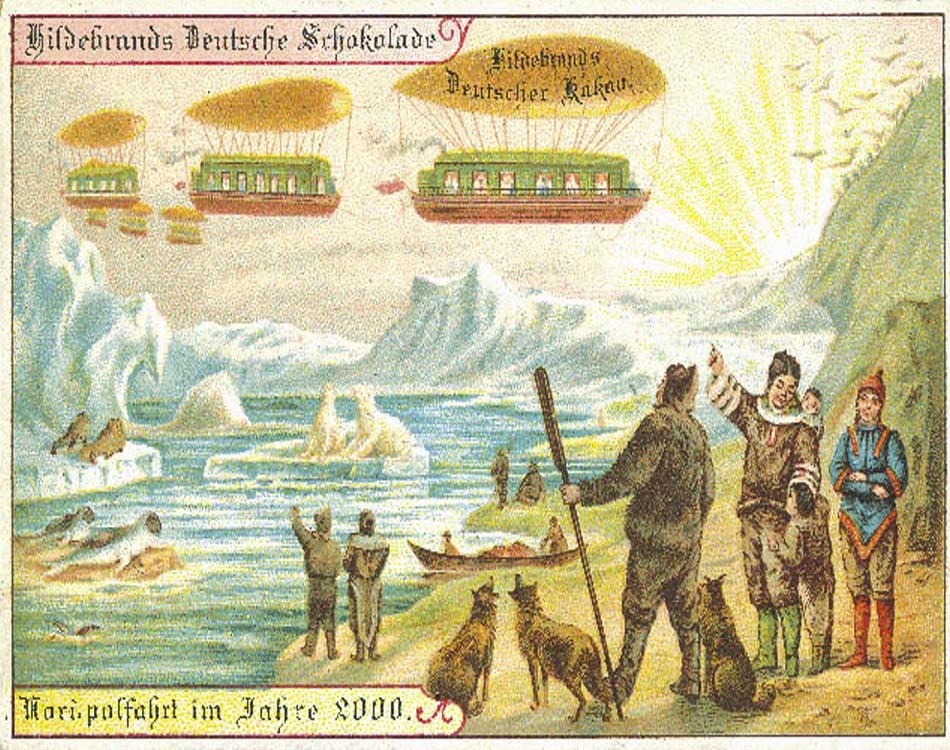 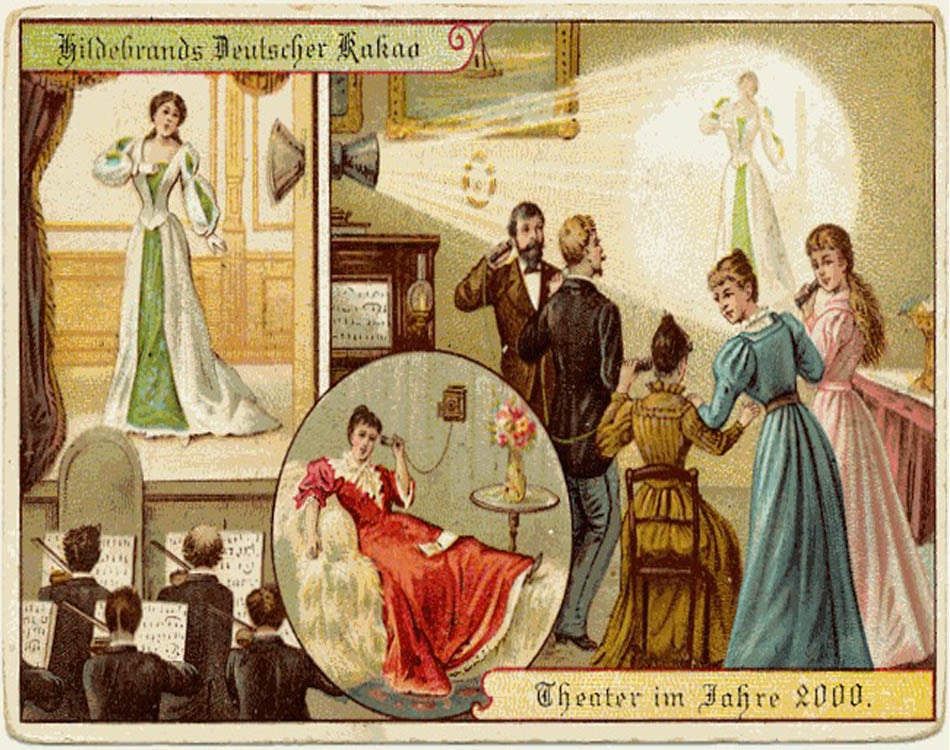 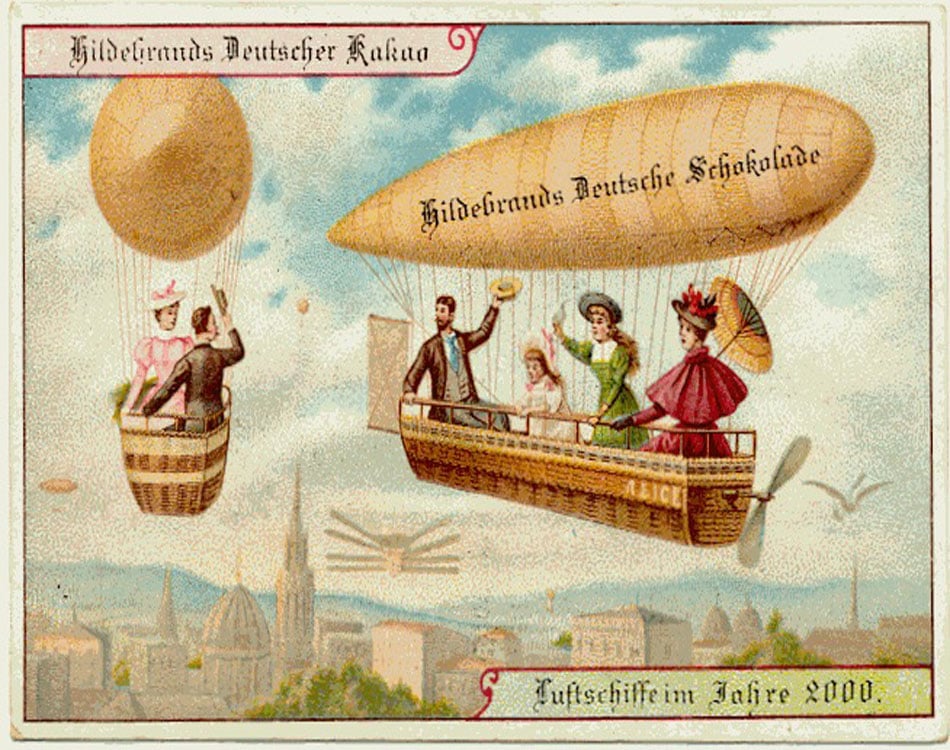 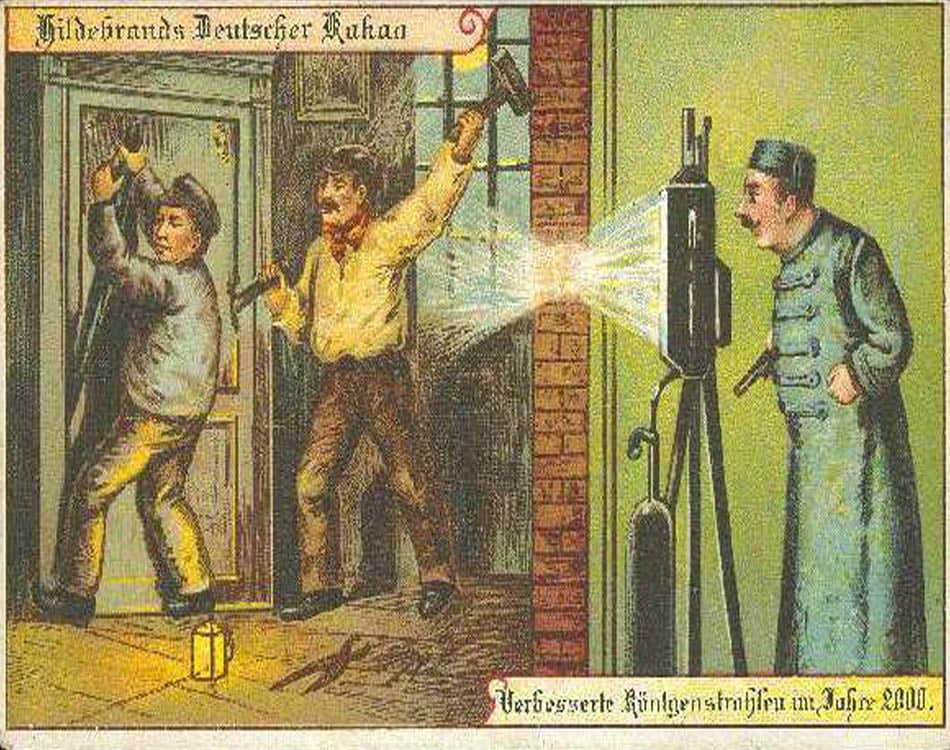 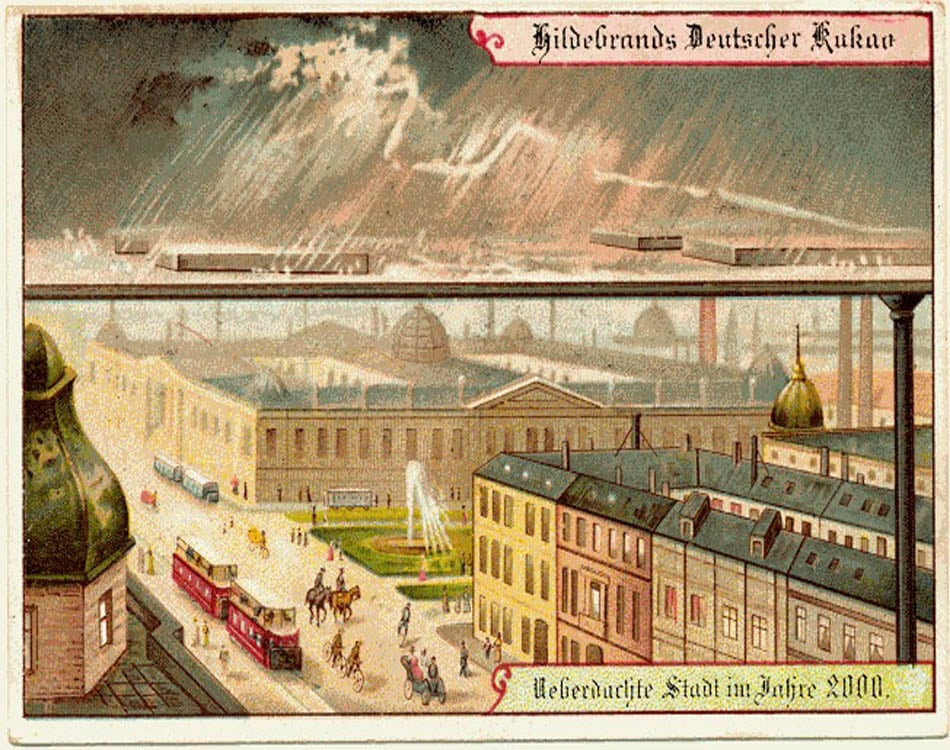 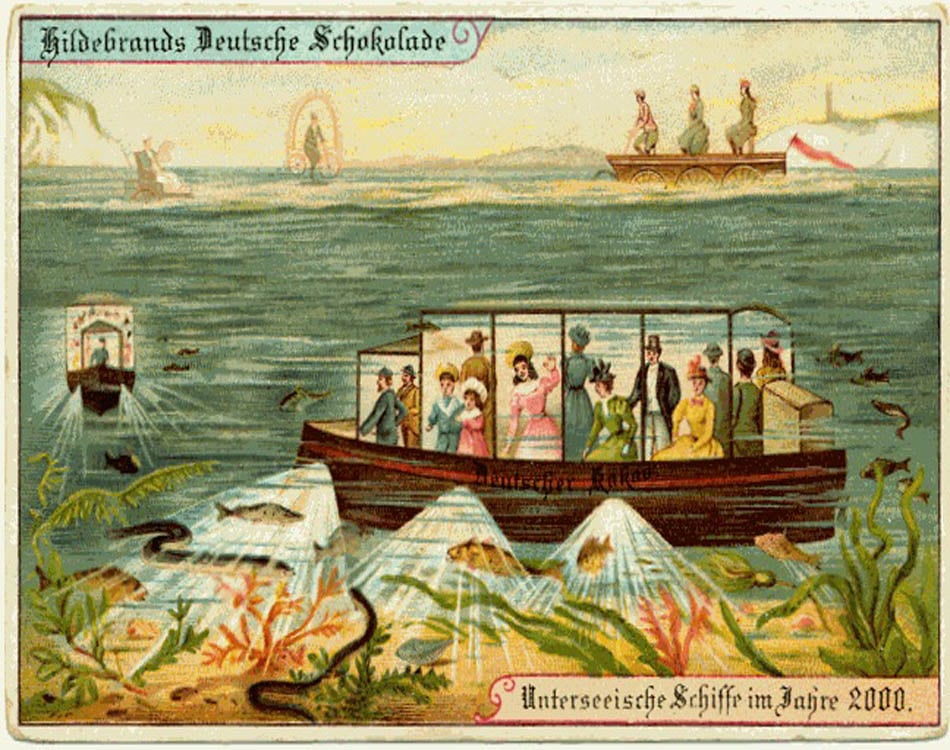 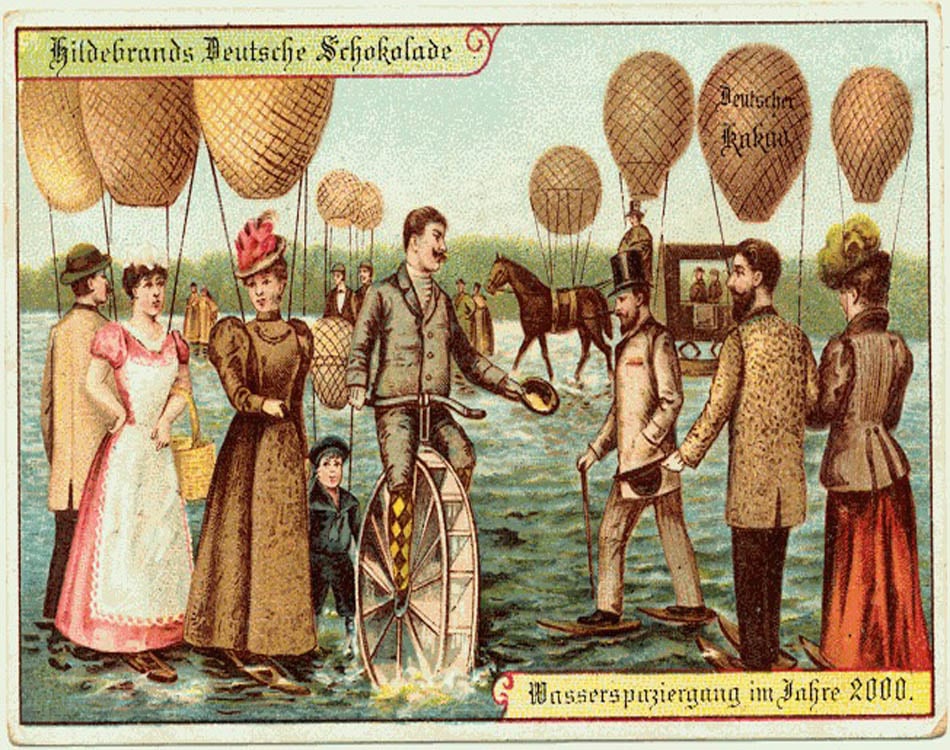 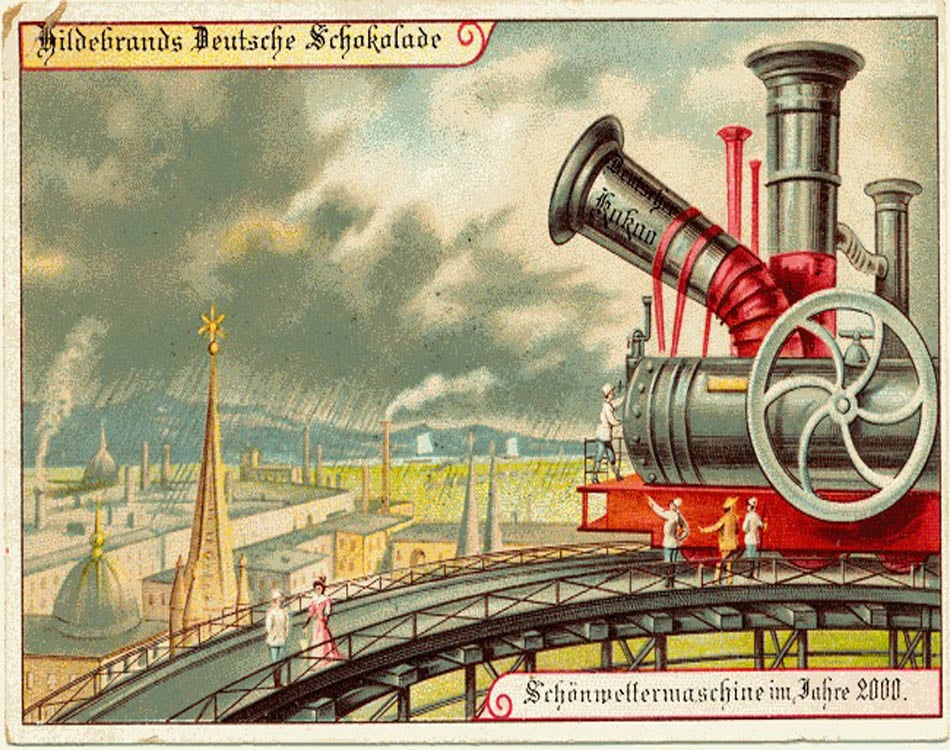 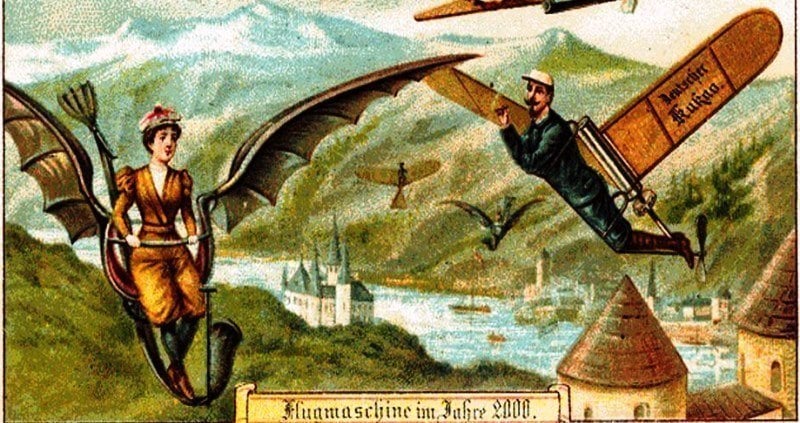 1 of 14
Crossing the sea and getting from one country to another has never been easier thanks to this railway and boat combination. Ferry your way across the ocean and continue your journey on land with ease.
2 of 14
It’s a shame that personal flying machines never became a reality. Wearing wings and an incredibly haute harness, these futuristic fashionistas could simply fly to their destination.
3 of 14
Perhaps anticipating the globalization that would largely define the end of the 20th and beginning of the 21st century, Hildebrand envisioned a world where not even your home was shackled permanently to one place. Want a change of scenery? Simply attach your house to a steam train and move it to your new neighborhood.
4 of 14
Among the myriad advances that the chocolateers believed the year 2000 would bring, mobile pavement was one of the most imaginative. Complete with built-in benches, the portable pavement would enable the public to cross the road without having to face the arduous task of using their two feet and walking.
5 of 14
Let's hope this never comes to fruition: the chocolate all-stars imagined a year 2000 wherein you only needed a light jacket and some hiking boots to traverse the terrains of the North Pole.
6 of 14
For the German chocolateers, this 21st-century forecast is incredibly prescient. Thanks to this outdoor broadcasting theatre, friends and family could gather to watch a play on a screen just about anywhere.
7 of 14
Similar to personal flying machines, personal airships would be the perfect mode of transportation for the modern family. Forget carriages and crowded streets; soar across the skies in your own zeppelin, high above the roofed cities.
8 of 14
In a final prediction of the year 2000, the police x-ray machine could see through walls and identify criminals in the act. Of course, this would require that police of the future were endowed with the ability to know precisely where a crime would take place.
9 of 14
Hildebrand’s ‘Roofed cities in 2000’ might be another vision with some bearing on present reality. As clever and eco-friendly designers work on pyramids that hold millions of people and sustainable skyscrapers with shopping malls built in, the roofed city could be just round the corner.
10 of 14
Having begun to explore what lands lie beyond the sea in the 1900s, the next step was to--at least in the eyes of Hildebrand--examine what might be beneath it.
11 of 14
A ‘Stroll on the water in the year 2000’ shows ladies and gentlemen sporting a balloon harness and shoe sized boats on their feet to keep them afloat. One daring man even rides a waterwheel across the river while a horse and carriage float across in the distance.
12 of 14
Imagine negating a weather-induced bad hair day with a flick of a switch. To activate the weather control train, one would simply have to point the device at the sky and voila, smile as the clouds turn to sunshine.
13 of 14
14 of 14 Enjoy this fascinating look at how the future was imagined in 1900? Then be sure to check out our other posts on amazing facts and Earth in the future.