The accidental fire is responsible for more than half of the 70,000 acres of land in Arizona that were burned off from wildfires in 2017. 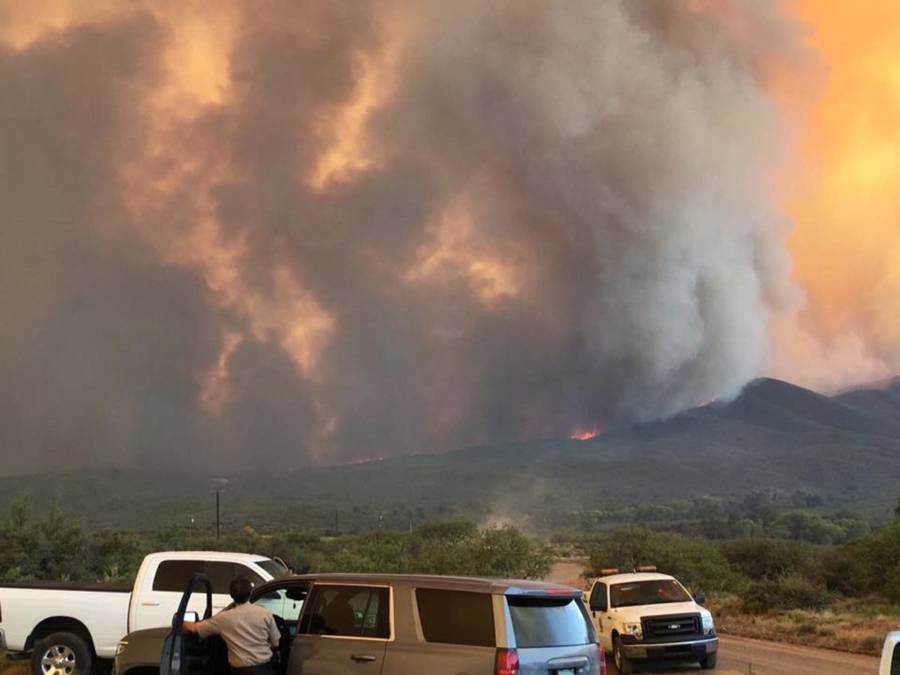 Reuters/HandoutThe 47,000-acre fire broke out after a man shot at a target containing Tannerite, which was supposed to explode with either blue or pink powder, revealing the baby’s gender.

A Tucson border patrol agent has been convicted of a misdemeanor federal charge after a massive fire broke out at a gender reveal party he and his wife organized at their home.

Dennis Dickey, 37, had in April of 2017 intended to shoot a target which would, in turn, explode in either blue or pink powder to reveal the gender of his unborn child. The target contained Tannerite, an explosive substance designed to detonate when met with a high-velocity firearm.

Instead of a benign gender reveal, the explosion resulted in an enormous fire which spanned 47,000 acres. Nearly 800 firefighters from various agencies fought the flames for about week. It cost authorities a total of $8.2 million to combat — and it’s easy to see how:

At the time of the incident, winds had reached 40 mph and the National Weather Service had issued a fire watch. When a fire watch is ordered, “conditions are ideal for wildland fire combustion and that there is potential for rapid spread,” said Chuck Wunder, chief of the Green Valley Fire Department.

Making this not an ideal time for Dickey to reveal the gender of his unborn child in this way.

Dickey allegedly reported the fire immediately to law enforcement, cooperated, and admitted to his culpability. The fire was started on state-owned land near Madera Canyon and spread across the Santa Rita Mountains foothills, forcing the closure of Arizona 83 state highway.

No injuries were reported and no buildings were destroyed, but the fire did force some residents in the Greaterville and Singing Valley areas to evacuate their homes. At one point, hundreds of homeowners were under pre-evacuation orders.

“It was a complete accident,” Dickey told U.S. Magistrate Judge Leslie A. Bowman in court. “I feel absolutely horrible about it. It was probably one of the worst days of my life.” 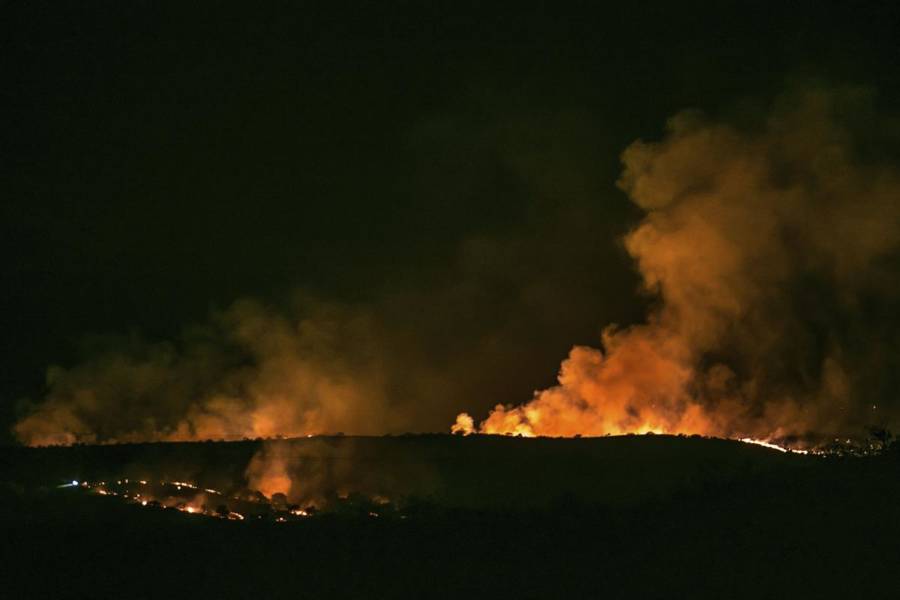 The fire begat by Dennis Dickey along the highway. Arizona Daily Satr

Dickey pleaded guilty to causing a fire without a permit in court on Sept. 30, 2018. He was sentenced to five years probation and has also agreed to pay $220,000 in damages.

He will pay $100,000 in restitution when he’s sentenced on Oct. 9 and pay off the remaining $120,000 in monthly installments of $500 for the next 20 years, per his plea agreement. Dickey’s attorney Sean Chapman said that his client couldn’t have been charged with arson because he didn’t start the fire willfully. 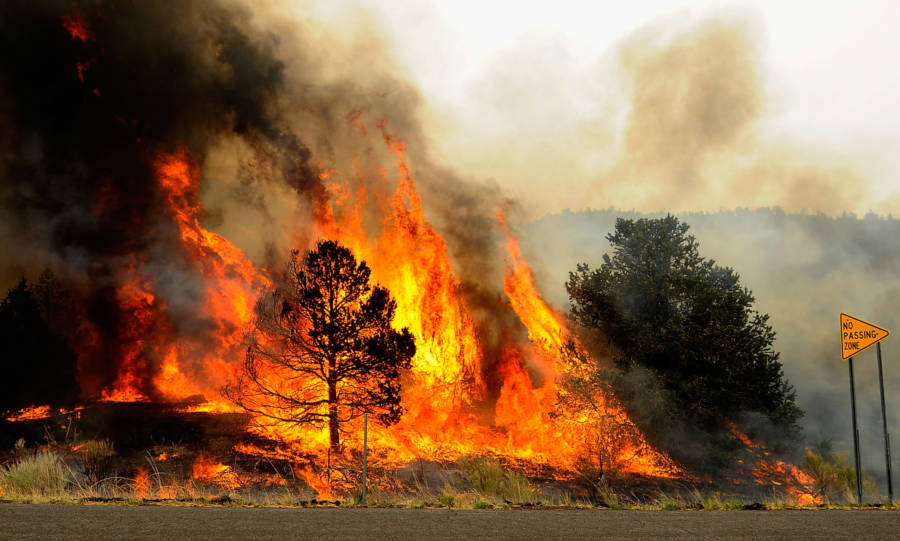 Kevork Djansezian/Getty ImagesIn 2017, about 75,000 acres were burned off due to wildfires in Arizona. More than half of that total was a result of the accidental fire that Dickey started.

Tannerite is a legal compound which has been linked to other wildfires in several Western states. Although the substance is legal, the threat that Tannerite causes have led federal officials to ban targets containing the compound on forest service land in the Rocky Mountains.

U.S. Attorney John Walsh said that the 16 fires that Tannerite targets have caused since 2012 have cost authorities and individuals responsible $33 million to fight. “The reality is you don’t want to have on your conscious starting a huge forest fire,” he said.

Indeed, what should have been a merry occasion exploded into a horrific incident because of the substance, and resulted in what may very well be one of the most expensive gender reveal parties to date.

Next, check out these 21 harrowing images of California wildfires. Then, read this story about a popular YouTube family that was accused of staging a fake wildfire evacuation.