The rats have been part of local legends for years, but their existence was only recently proven. 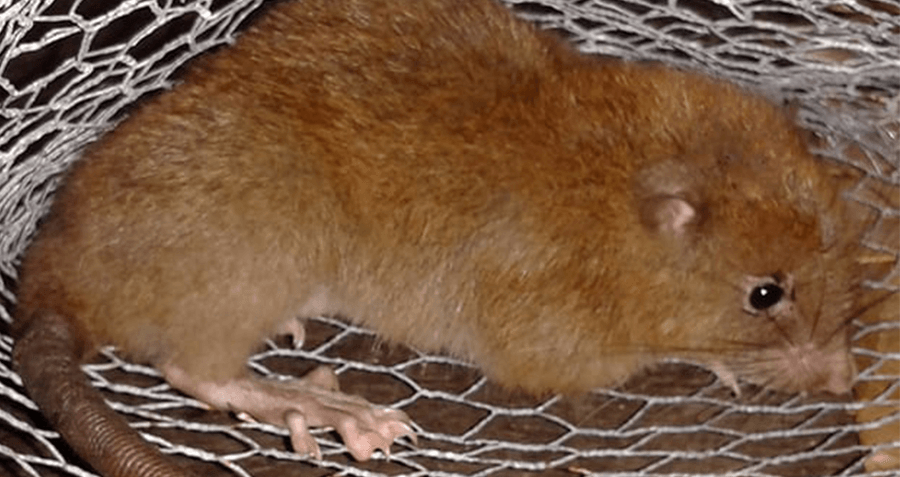 The people of the Solomon Islands have long talked about the giant rats that live on the islands. The rats, which they called ‘vika,’ were said to be over a foot long, with teeth sharp enough to break open a coconut. It was said that unlike their city cousins who dwell mostly underground, they lived in the treetops.

However, despite several attempts by Tyrone Lavery, a mammalogist from the Field Museum in Chicago, no one could prove that these mysterious creatures actually existed — until last year.

A group of loggers discovered the rat while cutting down a tree in the village of Zaira. As the tree fell, a giant “possum-like” rat fell from the branches. Though the rat died from the fall, Lavery took it to the local village elders. He said they confidently identified it as the legendary ‘vika’ that they had been telling him about.

Lavery excitedly shared his findings with his colleagues, and after studying the skull and performing DNA analysis, they confirmed it was a new species. The rat belonged to the genus “mosaic tailed rats” or Uromys. The rat’s official new name is Uromys Vika, from the local’s name for it.

Tim Flannery, a world-leading expert in the mammalogy of the Solomon Islands said the discovery was exciting, but also very important.

“It’s a remarkable new discovery of a mosaic tailed rat that found its way from either Australia or New Guinea several million years ago,” Flannery said in an interview with the Guardian. “It’s one of the most astonishing discoveries made in the new millennium and not a moment too soon. It’s highly endangered by logging and urgent action is required to prevent its extinction.”

The team was also able to partially confirm the legend of the rats eating coconuts. Though he had not found any coconut remains, Lavery said he had found evidence that they had eaten the ngali nut, a local nut with a shell similar in structure to the coconut.

Though the discovery was an exciting one, it was followed by fear.

The animals primarily reside in the kapuchu tree, a tree that is highly sought after by loggers. In fact, 90 percent of the kapuchu trees in the area have been cut down by commercial loggers.

Due to their declining habitat, the rat is now on its way to being listed as “critically endangered.”

But, Lavery is not giving up hope. The rat was found near a community conservation area, and Lavery is hoping the rat will bring awareness to the area.

“We’re hoping that, now we’ve found this rat, it will add some recognition to their conservation area and help support them in their work.”

Enjoyed this? Check out the legend of the rat kings, a giant super rat made up of dozens of rodents. Then, read about the giant prehistoric otters found in China.