Authorities sought to cart it away but it quickly proved too huge to move. 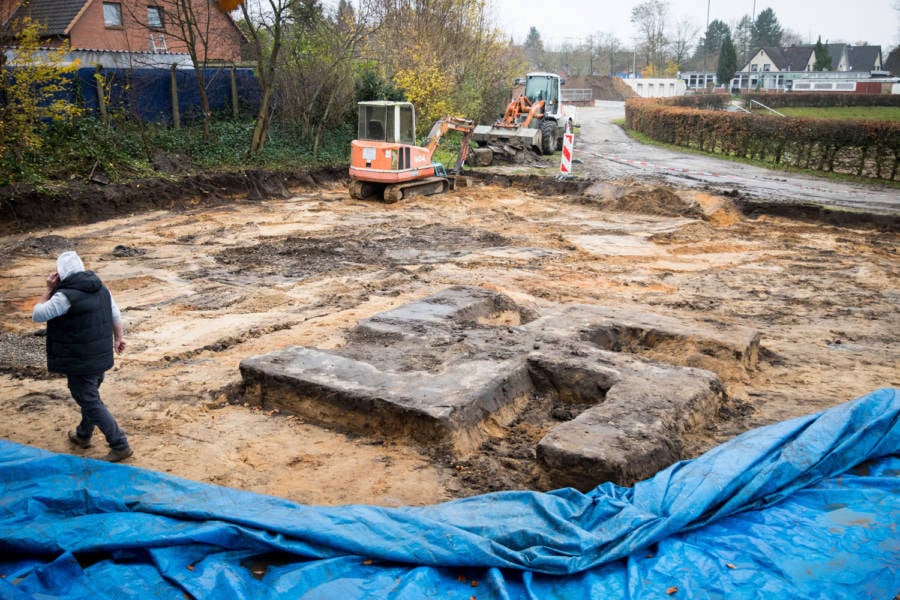 It’s perhaps the most reviled symbol in history and it covers more than 150 square feet, yet for decades, it was right under everyone’s feet and no one knew it was there.

Last week, construction workers who were excavating in Hamburg, Germany happened upon an enormous concrete swastika as they were preparing to build new changing rooms at the Hein-Kling stadium, reported Bild.

The 13 x 13-foot swastika rested only a little more than a foot below the surface, yet it had gone unnoticed for decades.

Authorities aren’t yet sure when the swastika was built or why it was there, but Joachim Schirmer, the chairman of the stadium’s sports club, told DPA that it served as the base of a Nazi statue that had been demolished decades ago.

Now, the swastika base will itself be demolished. After its discovery on Nov. 17, the local district director and the office for the protection of historical monuments took action and ordered that the monument be removed.

Initially, they sought to carry it away but it ended up being too massive for an excavator to move. Thus, they have now made plans to destroy it with jackhammers.

Once this swastika is destroyed, it’s likely that very few will remain in Germany. Such statues, monuments, and the like were systematically destroyed by occupying Allied forces in the wake of World War II as part of a concerted effort of denazification. 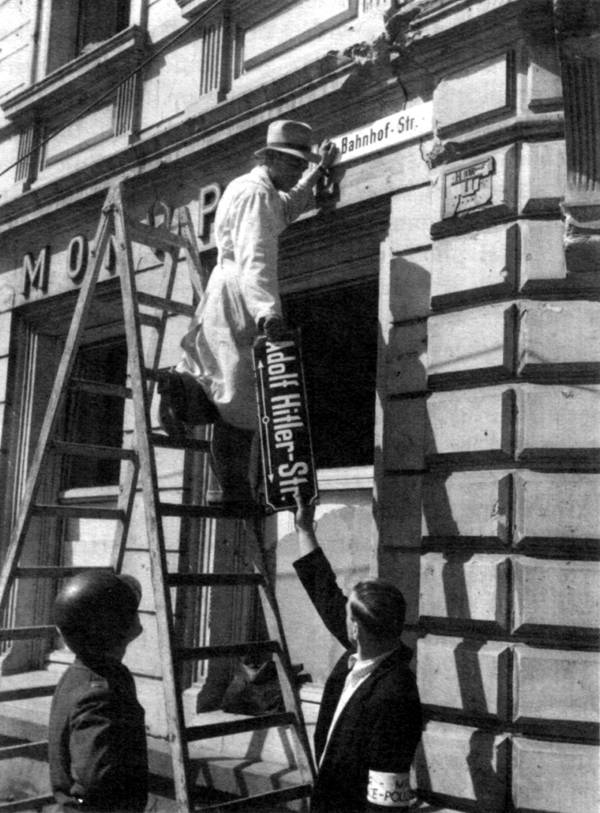 National Archives/Wikimedia CommonsU.S. military forces supervise the removal of a sign marking a street named after Adolf Hitler in Trier, Germany on May 12, 1945, just days after the end of World War II.

In the years that followed the war, denazification took an all-encompassing approach that went beyond the removal of monuments and statues. According to the United States Holocaust Memorial Musem:

“During the immediate postwar period in Allied-occupied Germany, ‘denazification’ entailed renaming streets, parks, and buildings that had Nazi or militaristic associations; removing monuments, statues, signs, and emblems linked with Nazism or militarism; confiscating Nazi Party property; eliminating Nazi propaganda from education, the German media, and the many religious institutions which had pro-Nazi leaders and clergymen; and prohibiting Nazi or military parades, anthems, or the public display of Nazi symbols.”

Ine one particular case in April 1945, before the war had actually ended, U.S. forces blew up an enormous swastika that had loomed above a Nazi rally ground in Nuremberg:

While the newly unearthed swastika in Hamburg won’t meet quite such a dramatic end, it will soon enough be destroyed like so many others before it.

Next, see 33 photos of everyday life in Nazi Germany. Then, discover what some of the most sickening Nazi research contributed to medical science.