Poachers murdered this scarce elephant in hopes of stealing his giant tusks. 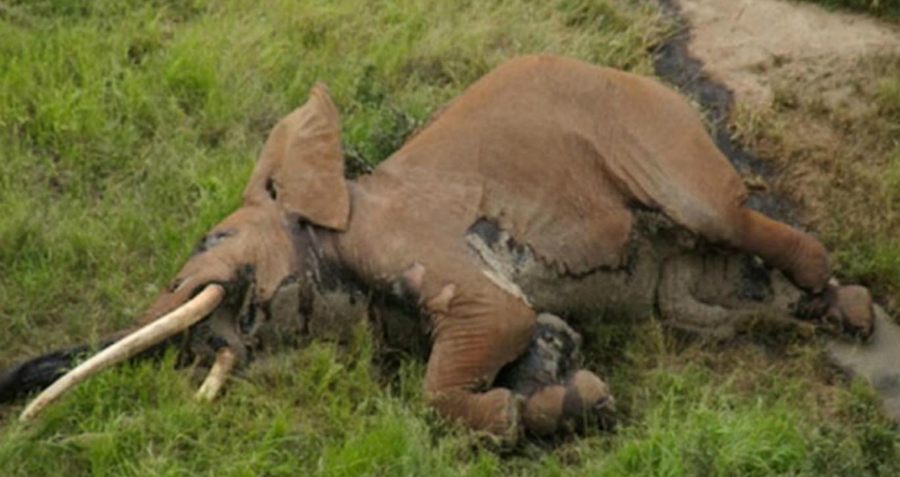 Poachers killed a giant “tusker” elephant, which are the oldest and rarest elephants in the entire world, this past Monday in Kenya.

“Luckily, through the work we do with the Kenyan Wildlife Service (KWS), we were able to find the carcass before the poachers could recover the ivory,” Richard Moller told AFP. Park rangers arrested the two poachers who are thought to have killed Satao II shortly after.

Roughly 50-years-old, Satao II was beloved by visitors to the Tsavo National Park, according to Moller. He added that they named Satao II after another giant tusker elephant killed by poachers in 2014.

“I am pretty gutted, really. This particular elephant was one that was very approachable, one of those easy old boys to find,” Moller said. “Many are the others are much more difficult to see,” he added, as they hide away in difficult to reach regions.

Only 25 giant tuskers remain in the world, 15 of which are in Kenya, AFP reports.

They’re called giant tuskers because their tusks are very, very big. Each of Sataeo II’s tusks weighed roughly 112 pounds. “They are icons,” Moller said, “they are ambassadors for elephants.”

Next, check out how poachers broke into a Paris-area zoo to kill a rhino and take its horn, before finding out about the Indian park rangers who shoot poachers on sight.