"Over a meter long, and very well made." 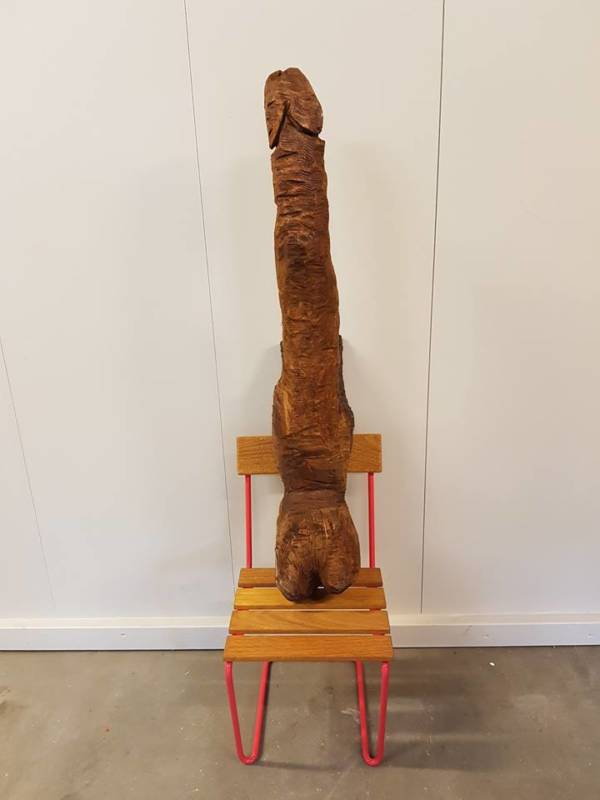 Employees at a public park in Sweden were surprised to find a large wooden carving of a penis.

The Local Sweden reports that a three-foot carved wooden penis was discovered at Blinkenbergs park in the small municipality of Hagfors. The government of the town of 12,000 people in the Värmland region of Western Sweden posted about their discovery online, calling on the owner to claim their lost property.

“We got a phone call from a resident who was visiting Blinkenbergs park,” said Nathalie Andersson, a representative of the Hagfors Municipal government. “[The resident] explained there was a really huge penis sitting on a tree in the middle of the park. Our employees in the area went straight to the place to investigate, and sure enough, there it was.”

She went on to note that it was, “Over a meter long, and very well made.”

Oddly, this is not the first time the small town has encountered wooden penises on the streets of Hagfors. Someone, or a group of people, have been leaving these carvings around the town for quite some time. They have been found in the nearby forest, and at local swimming pools.

Andersson said, “All the penises are very well made, and the people or person who makes them has been putting a lot of effort into it. Sometimes they’re lacquered, sometimes painted.”

However, she explains, “It’s not the first wooden penis we’ve found, but it’s absolutely the biggest.”

The local authorities are now looking for the artist who created this carved penis so they can return the property.

“We’re still looking for the owner,” said Andersson. “It would be great to meet the person behind this creative piece of art.”

Next, read about the Swedish man who was the first ever to die from penis enlargement surgery. Then, check out the beautiful frozen waterfalls of Norrköping, Sweden.