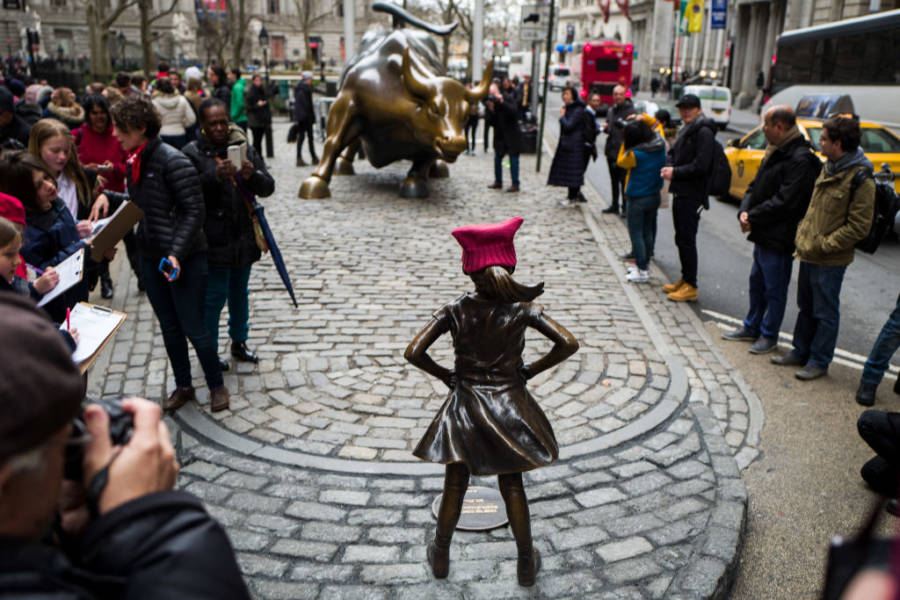 Wall Street’s “Charging Bull” sculpture was designed to represent the “strength and power of the American people” after the 1987 stock market crash.

The aggressive-looking creature has company now, and she’s standing for a more specific genre of world-changing potential: girl power.

The statue of a young girl — shoulders back, hands on hips, ponytail and skirt blowing about in a permanent and heroic-looking wind — seems unfazed by the 7,100 pound animal that seems poised to attack.

She appeared overnight, on the eve of International Women’s Day.

State Street Global Advisors commissioned her creation in an effort to address gender inequality — an issue especially prevalent on the very street where this statue showdown is taking place.

As the financial center of the country — and, indeed, the world — Wall Street represents American businesses and wealth, along with the imbalance within them.

Among the issues: One in four of the 3,000 largest U.S. companies don’t have a single woman on their board. There’s a very real gender pay gap, causing women to learn about 80 cents for every dollar a man makes. One in three women have reported been sexually harassed in the workplace.

All of these factors working against girls reaching the highest professional and academic levels can sometimes feel like, oh, I don’t know. Like a massive bull trying to spear you with super sharp horns.

“A key contributor to effective independent board leadership is diversity of thought, which requires directors with different skills, backgrounds and expertise,” Ron O’Hanley, SSGA’s President, said in a statement.

The company, which only has 11 women board members, is calling on the 3,500 companies it invests in to take concrete steps toward increasing the number of women on their boards. It’s assumed that they will do the same.

This shift won’t only benefit women, the statement suggests, but everyone. Companies with strong female leadership have been shown to increase profits, and if women were participating in the economy at the same rate as men, they would add $28 trillion to the global GDP by 2025.

The bull’s not going anywhere — nor should it. America’s economy could still use that forward-moving energy. But here’s to hoping that fearless little girl can grab it by the horns. 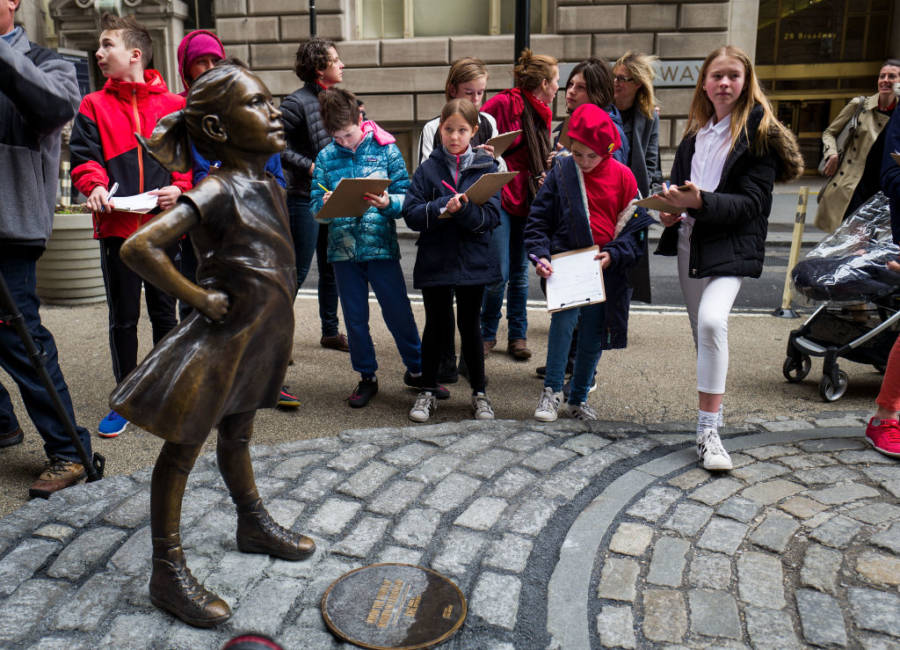 Next, read about the women who took over an Oregon town 100 years ago. Then, check out these vintage anti-suffrage posters that show why men were scared to give women the vote.