“She was just a little girl full of life,” Ki'ari Pope's mother said. “Everyone loved her.” 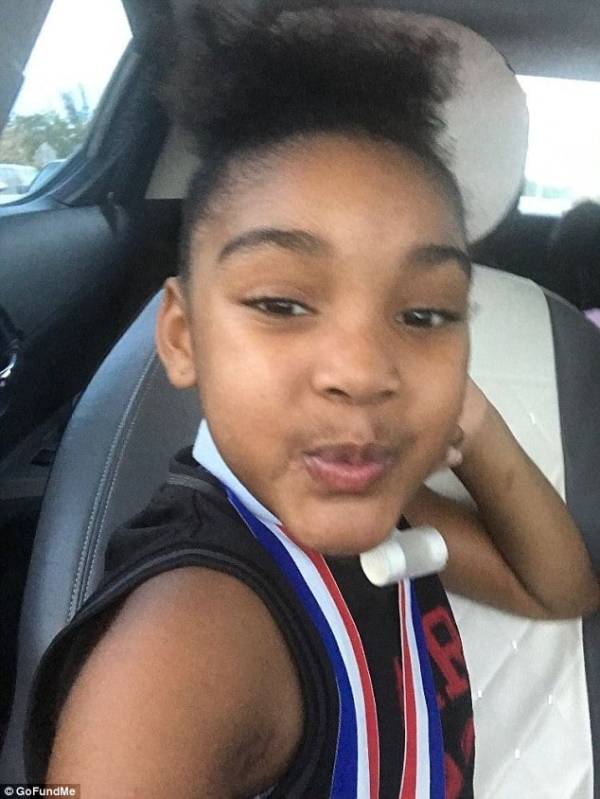 An eight-year-old girl in Florida has died five months after drinking boiling water through a straw.

Ki’ari Pope was injured in March after watching a YouTube video in which someone appeared to drink boiling water. Her cousin dared her to try it, and after Pope did, she required emergency surgery on her windpipe to clear swelling scar tissue.

After the tracheotomy, Pope continued to have trouble breathing and talking, according to the Sun Sentinel.

Her mother, 22-year-old Marquisia Bonner, told the paper that she had been at the store when Pope fell unconscious around midnight on Sunday.

Bonner’s boyfriend then called 911, and when Bonner returned home to police lights outside her home, she knew something had gone wrong.

Pope was pronounced dead at 12:15 a.m., according to the Florida Department of Children and Families.

The Florida child welfare agency is investigating the incident, which is only the latest in a series of incidents involving Pope’s family. Five of the family cases that authorities have looked into since 2009 have involved instances of domestic violence between Bonner and her boyfriend.

“The loss of this child is truly devastating, and our condolences go out to all those who loved her,” agency secretary Mike Carroll said in a statement. “We have opened a child death investigation to examine the circumstances surrounding her death and will deploy a Critical Incident Rapid Response Team to review all interactions this family has had with Florida’s child welfare system.”

Next, read about the pregnant teen who fatally shot her boyfriend in a botched viral video attempt. Then, read the story of the parents whose children were taken from them because of their low IQs.