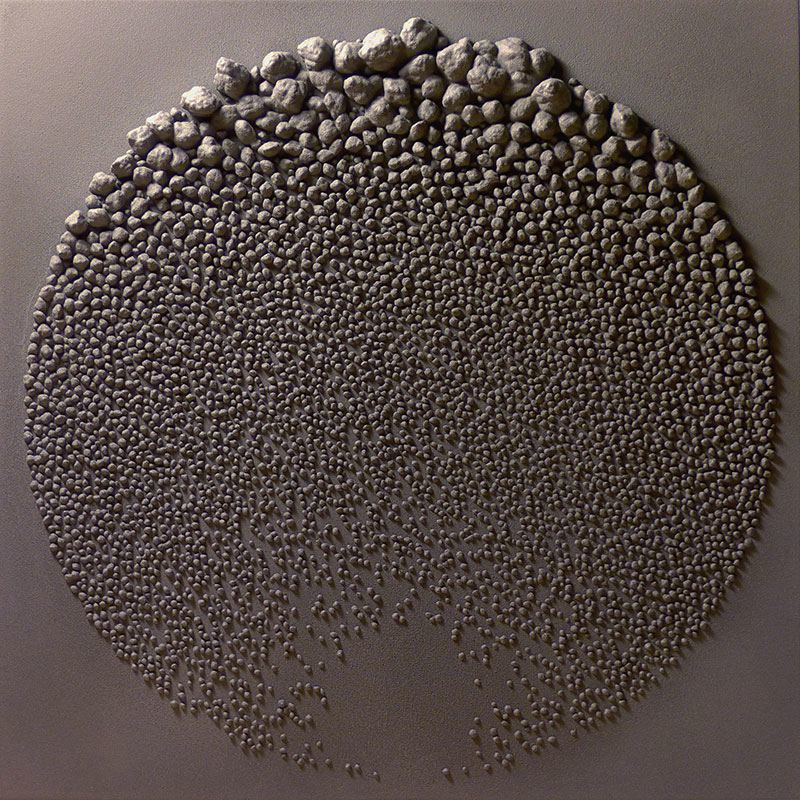 Thinking about how many hours it would take you to even come close to assembling the artwork above? For Italian artist Giuseppe Randazzo, 3D printing made it all worlds easier. 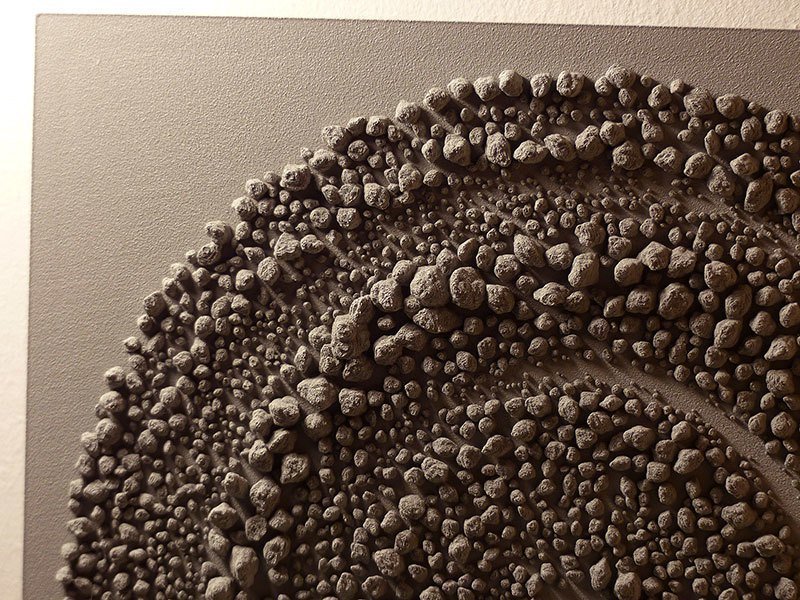 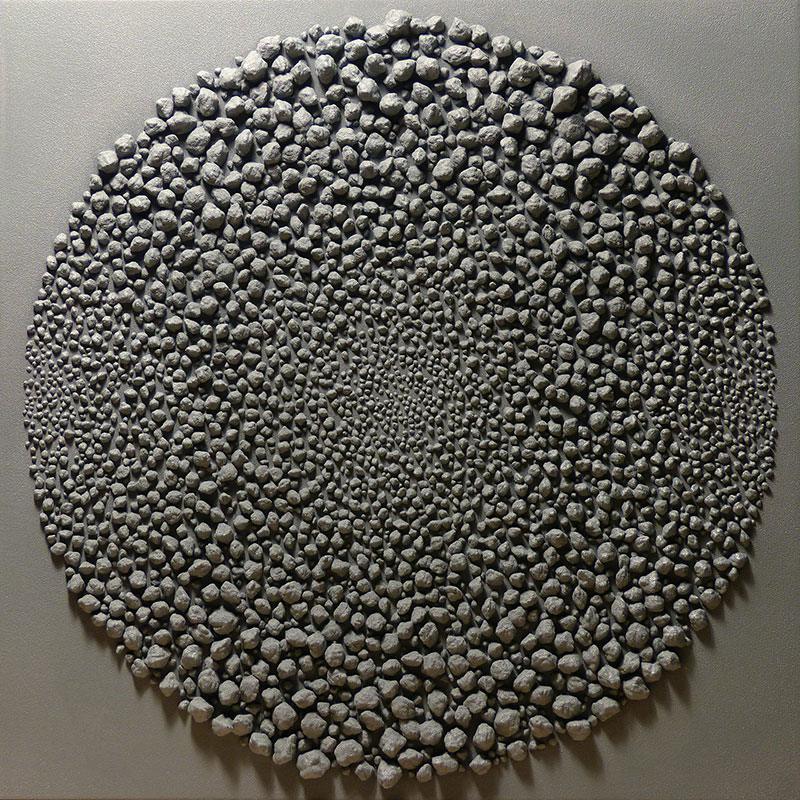 In 2009, Randazzo debuted his project Stone Fields, a series of digital “sculptures” that were created by programming a trial-and-error algorithm using C++. Inspired by Richard Long—an English land artist who uses rocks, stone and driftwood to create patterns and shapes (seen below)—Randazzo’s project blurred the lines between art, technology and science, and caught the attention of people all over the world. 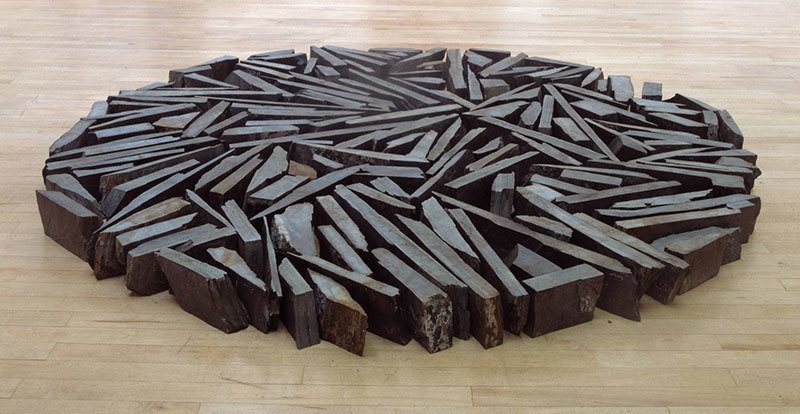 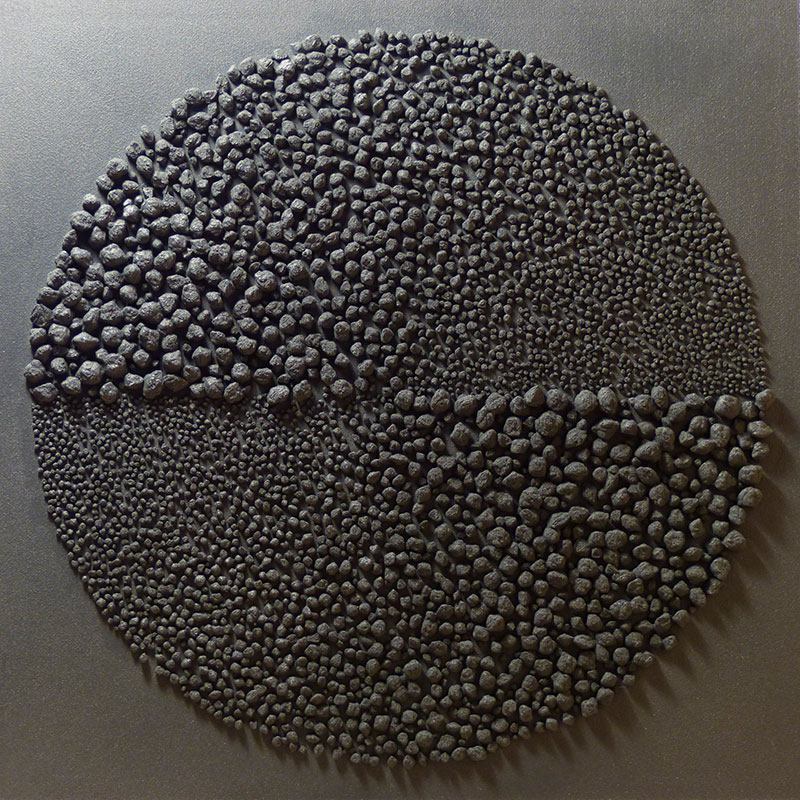 With new innovations in 3D printing, Giuseppe Randazzo was able to take Stone Fields a step further last year by printing his digital sculptures into realistic 3D models. Produced by Shapeways printing marketplace and community, the digital “sculptures” materialized into realistic “rocks” that were created from polyamide and arranged logically based on an algorithm. 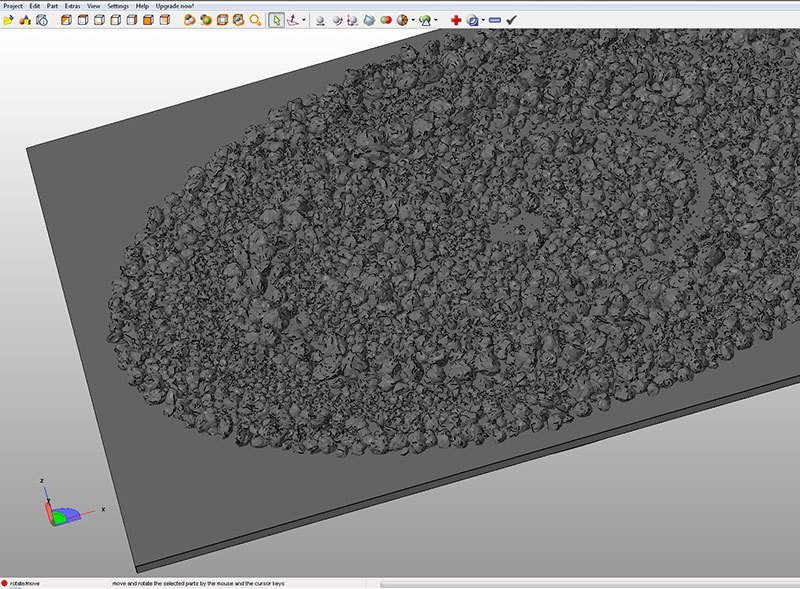 Each of Randazzo’s Stone Fields designs contains between 4,000 and 10,000 virtual rocks. While printing them removed some of the complexity and detail of the original images, after being airbrushed the artwork looks surprisingly realistic.

In fact, up close it’s hard to tell that the small “rocks” came from a printer. Check out this video of the prototypes: 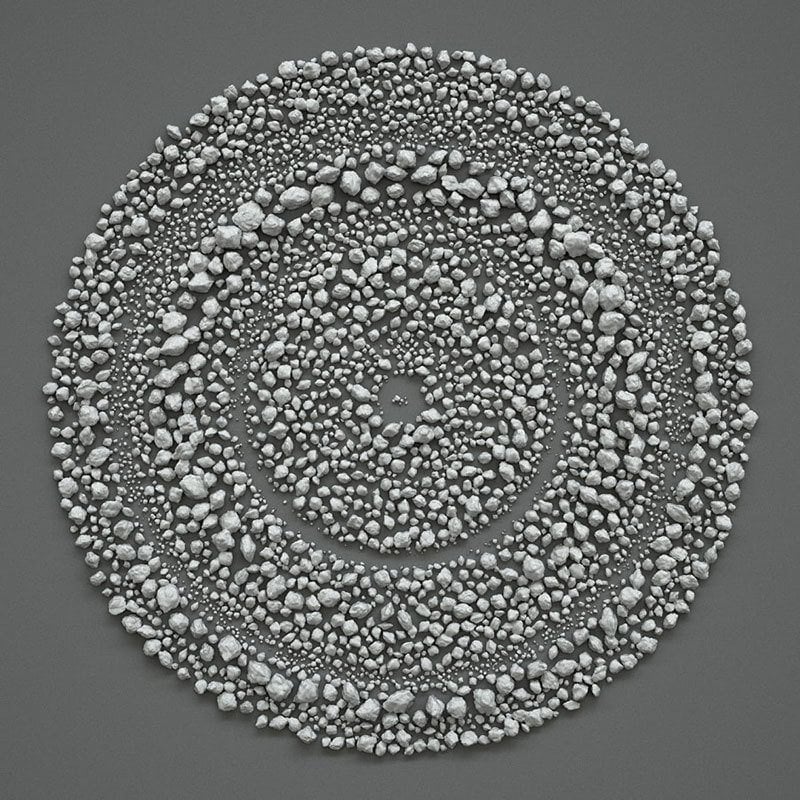 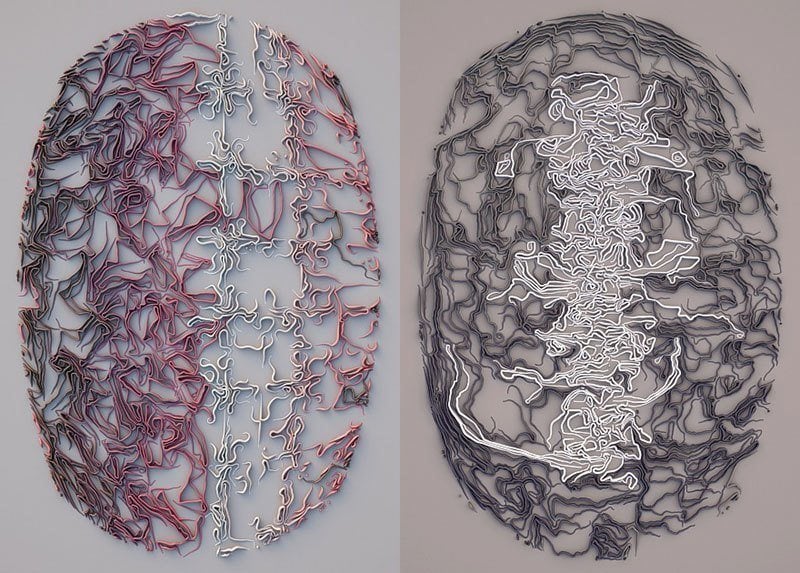 Of course, Randazzo’s portfolio is filled with a lot more than 3D-printed rock designs. The following pieces were also created using programming languages like Java and C++, for a bizarre effect that looks too complicated to have come from a computer: 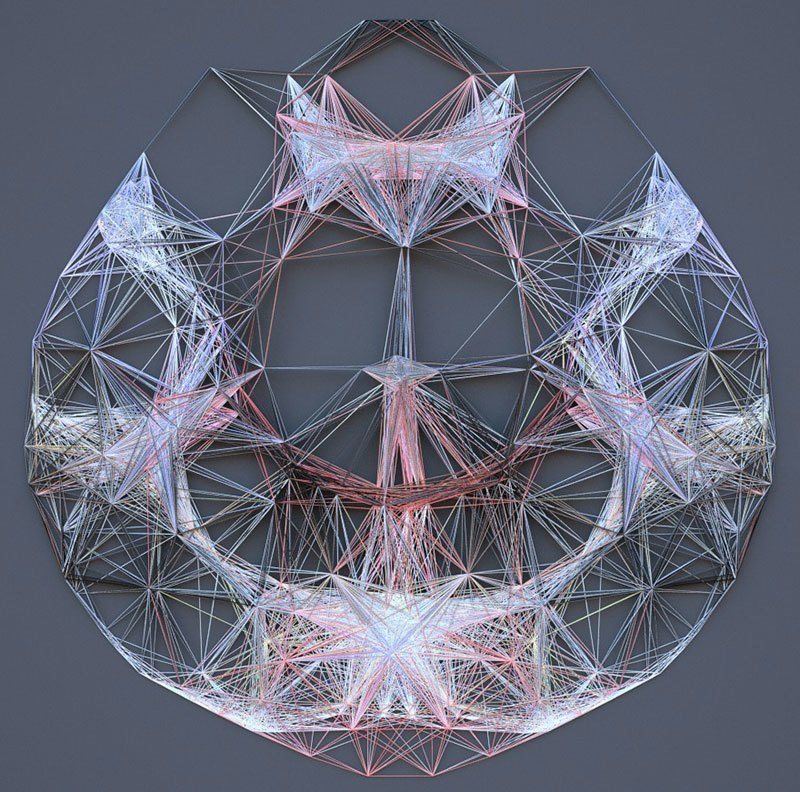 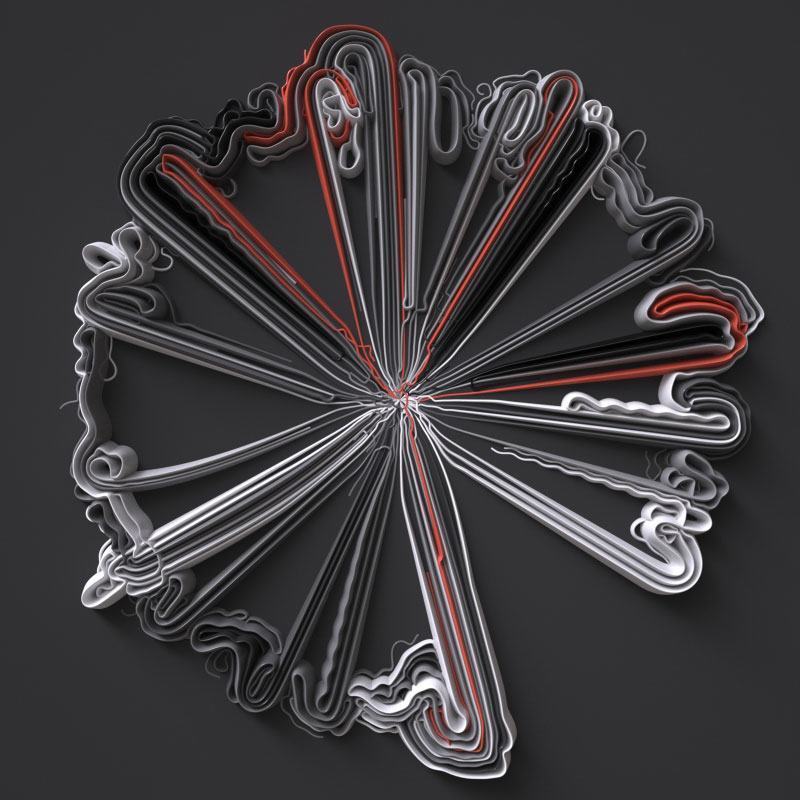 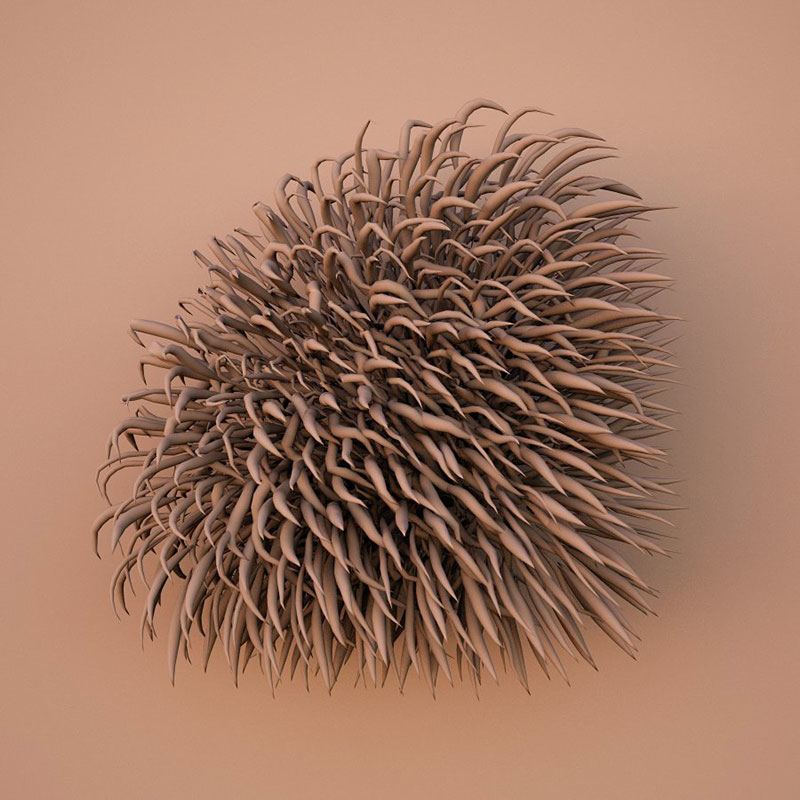 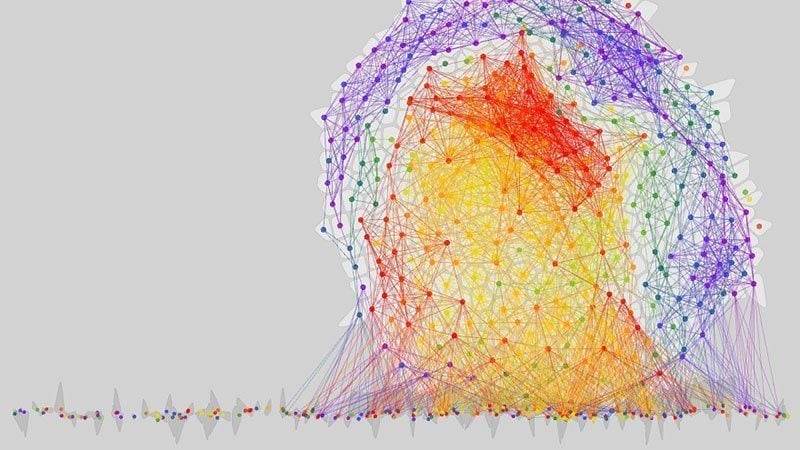