While there are more gorillas and chimps than we expected, they are going extinct at a more alarming rate we previously thought. 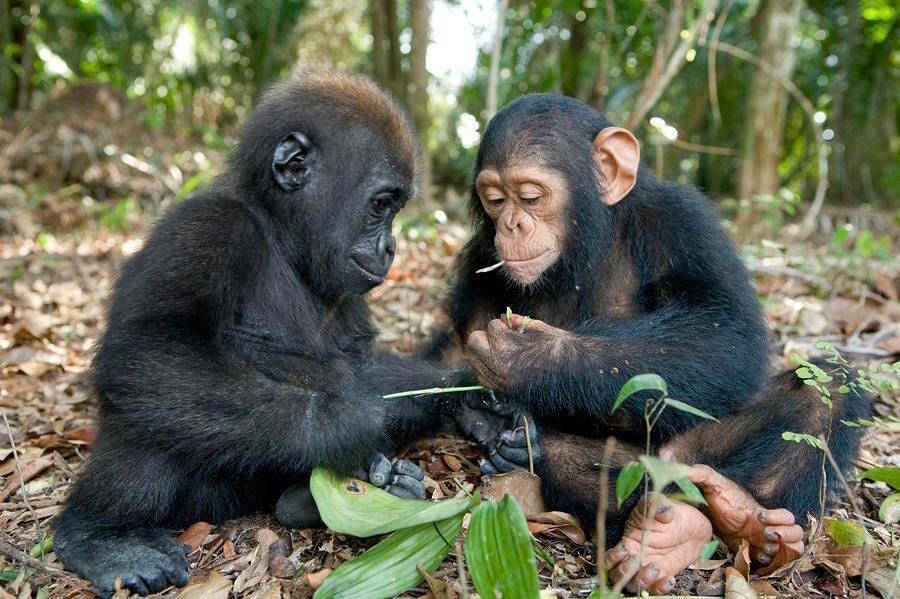 A new survey, the largest one ever on western lowland gorillas and central chimpanzees, has provided new insights into these animals, with surprising results.

Published on April 25, 2018, in the journal Science Advances , the study was conducted between 2003 and 2013, using 59 sites across five countries, for a total of 61,000 days of fieldwork. All That’s Interesting spoke with Fiona Maisel PhD, who is a conservation scientist at the Wildlife Conservation Society and lead author on the study.
m
Maisel and her colleague, Samantha Strindberg, have been advising on these surveys for over twenty years and been improving their methods throughout. According to Maisel, “we were able to collate all the data from the last decade of these regular site-specific surveys, as we knew it would give us a species-wide overview of abundance, distribution, and population trends.”

The survey estimated that there were 361,900 gorillas and 128,700 chimpanzees, which is almost a third more gorillas than any previous survey has estimated, and one-tenth more chimpanzees.

However, at three percent a year, the rate of the gorilla and chimpanzee populations are dropping at a much more alarming degree than previously predicted.

So even though there are more gorillas than previously thought, their classification as “critically endangered” remains based on their rapid rate of decline.

Measures that can be taken to preserve these animals aren’t exactly surprising. They include anti-poaching efforts, disease control measures, and preservation of habitats. What’s more insightful, based on the research, is just how much emphasis should be placed on these three methods of conservation and which method is best suited for particular locations.

However, the other 80 percent live outside protected areas. “Most of the others live in logging concessions and huge swamplands,” said Maisel. That 80 percent of gorillas and chimps can be protected if the international best practices by the Forest Stewardship Council Standards are enforced, “which include strict no-hunting policies, closure of logging roads after the area has been logged, and reducing impact logging,” said Maisel.

As for the long term, “integrated, national land use planning is key as countries increasingly seek to diversify their economies beyond wood and petroleum,” said Maisel.

In addition to the areas that were covered by fieldwork, the researchers incorporated a method of scenario-based modeling for the areas that they couldn’t physically go to.

“It is a recognized method used across the world,” Maisel informed us. After the data from the sites was compiled, the method allows the relationship between the density of a species and certain parameters like “tree height, whether there are guards, slope, distance to the same road” to be mathematically modeled. This model is then applied to the areas that weren’t surveyed. Then, “we can predict wildlife densities in the ‘gaps’ between the surveyed sites,” said Maisel.

Overall, the biggest takeaway is that the researchers have quantified gorilla decline. “We have shown how important the presence of guards are for both gorilla and chimps,” said Maisel, adding, “we need to pay a lot of attention to the 80 percent of the land outside the formal network of protected areas.”

Being able to identify which actions are the best ones to take for maximum conservation is crucial so that we can, as Maisel said, “save these animals that are so close to us, both in evolutionary terms and in the way that they see the world around them.”

Next read about elephant that killed a big game hunter by slamming on top of him. Then read about the man who led anti-poaching efforts that was shot and killed.