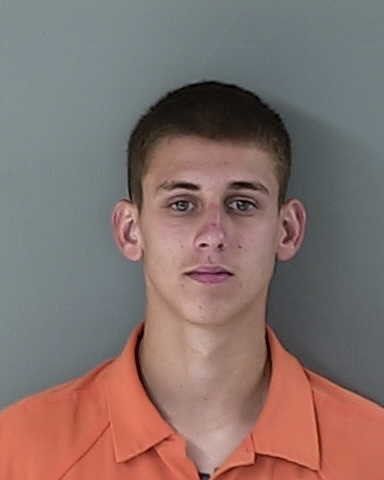 19-year-old Cody Herrera pleaded guilty to statutory rape after sneaking into a 14-year-old girl’s bedroom and assaulting her in March 2015.

Though Herrera was initially given a five to 15-year prison sentence last week, the court recently suspended the ruling in favor of a rehabilitation program that could take as little as six months to complete.

If Herrera successfully completes the program, Judge Randy Stoker will then decide if the teen should be put on probation or sent to prison to serve his original sentence.

Perhaps in an effort to distract critics from how a white guy in Idaho will likely serve zero prison time after raping a middle school student, Judge Stoker added a little extra punishment to the probation possibility: government-mandated celibacy.

“If you’re ever on probation with this court, a condition of that will be you will not have sexual relations with anyone except who you’re married to, if you’re married,” Stoker said, according to the Times-News in Twin Falls, Idaho.

How can Judge Stoker rule on such a private matter? Well, apparently it is technically illegal for anyone in Idaho to have sex before marriage.

The state fornication law, which was established in 1972, mandates that no unmarried person can legally have sexual intercourse with another “unmarried person of the opposite sex.” Though the law is almost never enforced, anyone who violates the statute is legally subject to six months in prison or a $300 fine.

Idaho is not the only state to have such restrictions on the books. In Virginia – where adultery is also outlawed – lawmakers struck down an effort to remove a fornication law as recently as 2014.

Even so, former federal judge Nancy Gertner told The New York Times that if the laws were ever seriously challenged in court, they would likely be struck down.

This is because government has been unable to restrict consensual intercourse between adults since Lawrence v. Texas — the 2003 Supreme Court decision that overruled state sodomy laws and was seen as a landmark victory for the LGBTQ community.

Judge Stoker is likely aware that the law is tentative and nearly impossible to enforce, but is choosing to make a point regardless.

He said his ruling was partly inspired by the sexual history of Herrera — who told investigators that he has had 34 sexual partners and watches pornography depicting rape.

“I have never seen that level of sexual activity by a 19-year-old,” Stoker said, adding that he is unsure the Idaho Department of Health and Welfare made the right decision by not designating Herrera as a sexual predator.

Perhaps Stoker’s unusual ruling will inspire some disgruntled parents to alert the authorities the next time they catch their teen sneaking out.

If they did, it’s possible their child could legally serve more time than Herrera. The guy who admitted to raping a 14-year-old girl.

Next, read about six rich, famous people who probably got away with rape.Then learn about how women are using a “sex strike” to convince men to vote.