He Was Licked By A Dog, Now His Legs And Hands Have Been Amputated

"Do what you have to do to keep me alive." 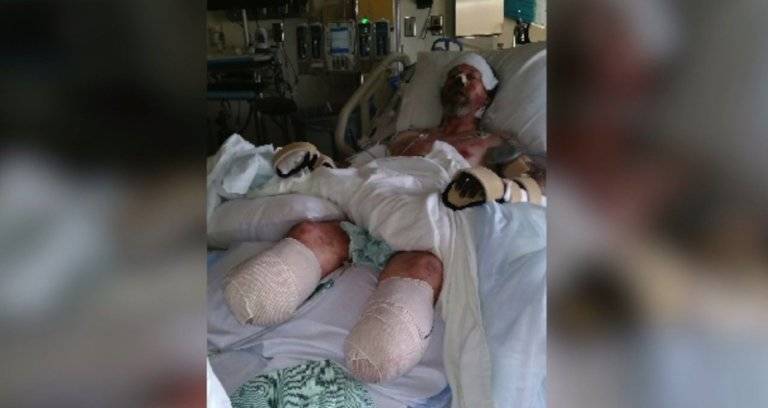 A seemingly harmless lick from a dog nearly turned deadly for a Wisconsin man.

When he fell ill in late June, Greg Manteufel originally thought that his fever and vomiting were merely caused by the flu. However, his symptoms soon worsened drastically to the point that his fever was through the roof and he was delirious. It was then that his wife, Dawn, rushed him to the hospital.

Then they learned the cause of Manteufel’s illness: an infection caused by a bacteria named Capnocytophaga canimorsus, which can come from being licked by a dog.

According to the Centers for Disease Control, Capnocytophaga is a bacteria found in the mouths of humans, dogs, and cats. Up to 74 percent of dogs and 57 percent of cats are believed to have this bacteria in their mouths.

And if the bacteria infects a human, particularly one with a weakened immune system, the results can be devastating. 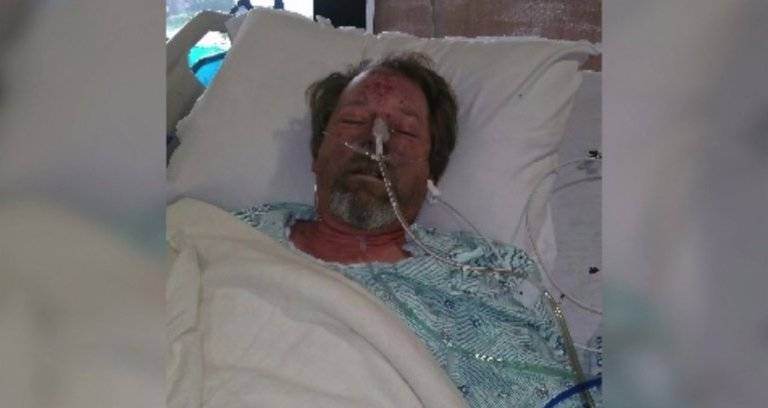 “It hit him with a vengeance,” Dawn told FOX6. “Just bruising all over him. Looked like someone beat him up with a baseball bat.”

Manteufel has survived the infection, but at a heavy price. Within one week of entering the hospital, he lost both of his legs and then lost his hands as well.

It is believed that Manteufel contracted the bacteria from the saliva of a dog, possibly by a lick from his own pet. The Capnocytophaga canimorsus bacteria then caused a severe and rare blood infection in Manteufel once it entered his bloodstream, which caused sepsis (blood poisoning).

“We can’t wrap our heads around it that all of the sudden, he’s 48 years old and been around dogs all of his life… and then this happens,” his wife told FOX6. 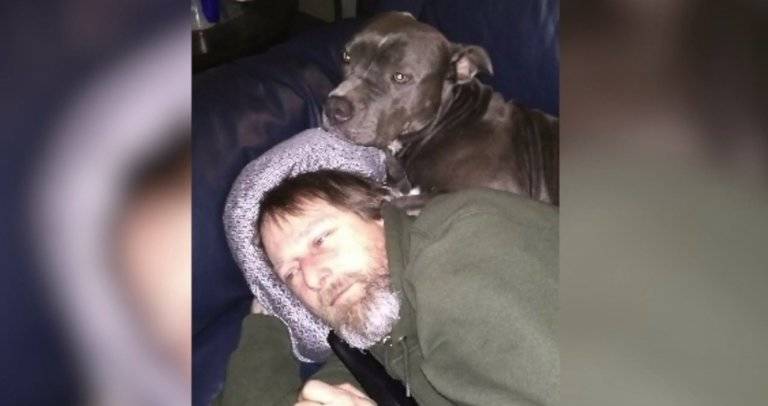 Doctors attempted to stop Manteufel’s infection with antibiotics but Dawn says that the clots blocked the flow of blood to her husband’s limbs, eventually leading to his amputations, according to The Washington Post.

Manteufel has been at Froedtert & the Medical College of Wisconsin in Milwaukee for nearly a month and still has a long road to recovery ahead of him. Though the 48-year-old painted houses for a living and loved to ride his Harley-Davidson motorcycle, he’ll now have to adjust to his new life in a power wheelchair.

Despite this entire ordeal, Dawn said that her husband is staying positive.

“He told the doctors, ‘Do what you have to do to keep me alive,'” she told The Washington Post. “There’s no negativity from him so far … He said, ‘It is what it is, so we have to move forward.'”

As odd as this case may seem, Manteufel is not the only person who has had to deal with a life-threatening infection caused by the Capnocytophaga canimorsus bacteria. According to a 2016 case report in the BMJ medical journal, a 70-year-old woman was believed to have received the “lick of death” from her Italian greyhound. The woman suffered from sepsis and multi-organ dysfunction but made a full recovery following a two-week hospital stay and broad-spectrum antibiotics.

Now that you’ve finished reading Greg’s heartbreaking story, read about a woman whose paper cut turned into a quadruple amputation. Then, discover the weirdest human diseases ever documented.