Doctors asked Abhishek Prasad to play the guitar during his brain surgery so that they could see if they were fixing his condition. 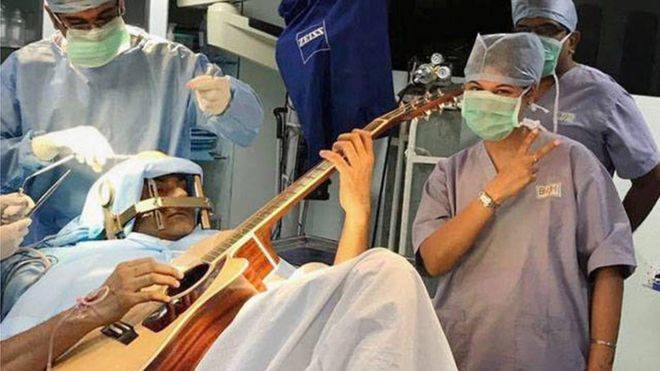 Getting brain surgery can be so boring. Might as well strum your guitar to pass the time.

That’s what it appears as though Indian man Abhishek Prasad was thinking in recent photos that show him playing a tune while doctors operate on his wide-open head.

In reality, however, the doctors had actually asked Prasad to play the guitar during the surgery as a means of providing feedback on whether or not they were fixing the problem at hand.

Prasad, 37, had been suffering from a condition known as “musician’s dystonia,” a neurological disorder that makes the brain send incorrect signals to muscles, causing involuntary and sometimes painful spasms.

The condition is often caused by repeating the same hand movements over and over again, which is why it often afflicts musicians. It’s estimated that 1-2 percent of all professional musicians are affected by dystonias at some point in their careers.

As a guitar player, Prasad had been experiencing finger spasms that hindered his playing. After a while, he couldn’t move his middle, ring or pinkie finger of his left hand when he played. 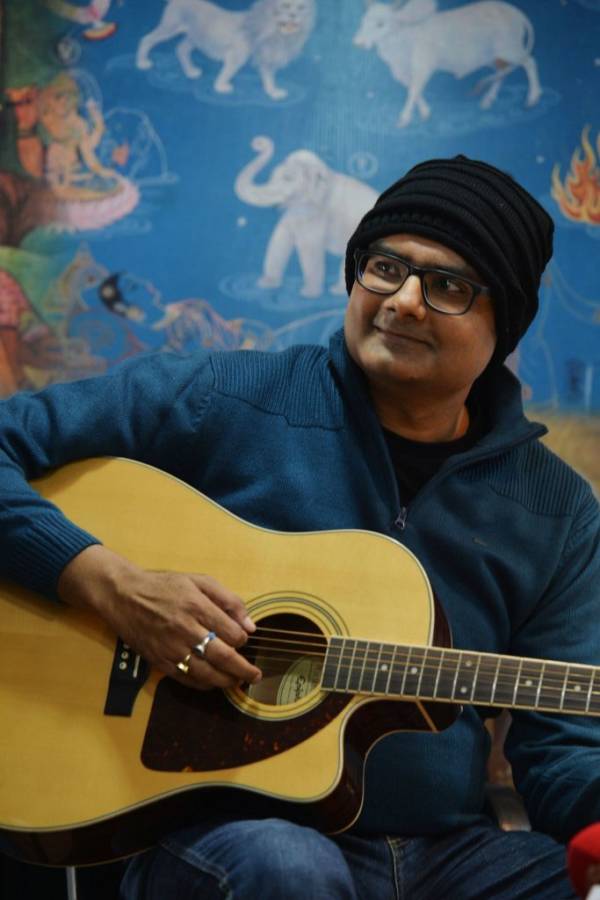 “I thought the stiffness was because of over-practice,” he told the BBC. “I took a break and tried again and realized that there was no respite from the stiffness. Some doctors told me it was muscle fatigue and I was given painkillers, multi-vitamins, antibiotics, physiotherapy etc.”

Eventually, he was properly diagnosed. Doctors suggested brain surgery and told Prasad that he’d be totally conscious throughout the procedure.

“I got scared,” he admitted. “But my doctor, Sharan Srinivasan, gave me the confidence to do it.”

Doctors applied a hearty dose of local anesthetic before drilling four screws into his skull. They then took an MRI to determine how far into the brain they should insert circuit-correcting electrodes.

Prasad remembers every detail but says it didn’t hurt at all. Rather, it felt “like a generator was on during the operation.”

The doctors asked Prasad to play his instrument every time they “burnt” a circuit in his brain.

“By the sixth burn, my fingers opened up,” Prasad said. “I was normal on the operating table itself.”

One week after the July 13 surgery, Prasad said he was feeling fine besides some weakness in his left hand and leg.

This kind of “live brain surgery” is an important milestone in the Indian medical community, though musicians around the world have had in-surgery jam sessions in the past to treat similar conditions.

This man went for a violin:

And this guy charmed the operating room with some nice saxophone jams.

Wonder what they would do for a cello player?

Next, read about five weird reactions that your brain has to music. Then, check out these 24 before-and-after photos from the early days of plastic surgery.