Three exoplanets found orbiting a dwarf star in the Aquarius constellation might lead scientists to the ultimate discovery: alien life. 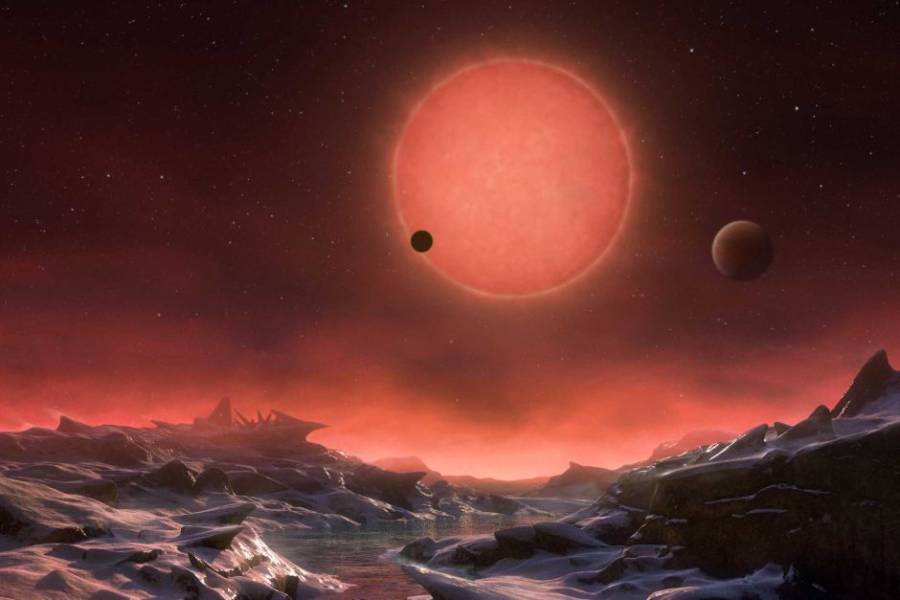 Located 40 light years away, the star supporting the exoplanets (an exoplanet is simply any planet that orbits a star other than our Sun; 2,000 of them have already been discovered) is called TRAPPIST-1, named for the Chilean telescope the astronomers used to discover it.

TRAPPIST-1 is referred to as an ultra-cool dwarf star, since it is cooler and redder (that’s right, in space, red doesn’t mean hot) than our Sun, and about the size of Jupiter.

When astronomers noticed that the dwarf star’s light dimmed at periodic intervals, they knew objects must be orbiting it. The research team then used telescopes positioned in India and Hawaii to confirm that the objects in orbit were indeed planets.

So why are the planets orbiting this dwarf star so significant?

The three planets discovered fall within the star’s coveted habitable zone, also known as the Golidlocks zone, because its distance from the star is just right to retain liquid water on its surface — and thus potentially support life.

Because the star is so dim and cold, it emits far less light than the our Sun. According to astronomer Michaël Gillon, the lead researcher on the project, that means that the first two planets, which are closer to the star, have temperatures closer to Venus.

But the third planet, which the team estimates passes in front of the star anywhere from every four to 72 days, is in the middle of the star’s Goldilocks zone, giving it temperatures much closer to Earth’s.

However, before we get our hopes up about alien life, scientists still need to study atmosphere and composition of these planets, and determine their mass. And even if liquid water is found there, it would, given current space travel technology over, take us 100,000 years to research our mysterious new neighbors.