GoT Creators Are Making An Alt-History Show Where The South Won, And People Already Hate It

Unlike "Game of Thrones," people don't seem to be down with this fictional world. 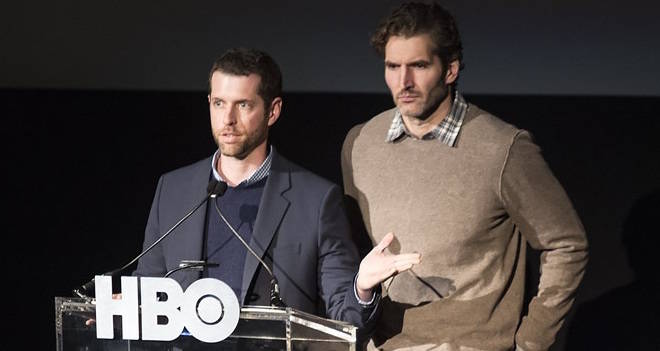 The minds behind the “Game of Thrones” TV series have set their sights on a new fictional time and place — but this time, people aren’t having it.

Since its announcement last night, the premium cable network has faced criticism for the upcoming drama “Confederate,” made by “Game of Thrones” creators David Benioff and D.B. Weiss.

The new show is set in an alternate reality where the Southern Confederacy won the Civil War. In this world, the South successfully separated from the U.S., and never abolished slavery. Here’s the official synopsis:

“Confederate chronicles the events leading to the Third American Civil War. The series takes place in an alternate timeline, where the southern states have successfully seceded from the Union, giving rise to a nation in which slavery remains legal and has evolved into a modern institution. The story follows a broad swath of characters on both sides of the Mason-Dixon Demilitarized Zone — freedom fighters, slave hunters, politicians, abolitionists, journalists, the executives of a slave-holding conglomerate and the families of people in their thrall.”

People were quick to criticize the premise on Twitter, largely because they see it as validating Confederate ideology:

I don't care if it is done tastefully as possible.

The VERY premise is DISGUSTING.

Who are you pandering to?

That HBO is willing to greenlight Confederate fanfic because it's the GoT guys says something about prestige TV, and I don't think it's good

Others took issue with the fact that white people are behind a show dealing with slavery, and therefore may not have the sensitivity necessary to grapple with such a subject:

Still others expressed incredulity that a show about the Confederacy has the support of a major network, but “Underground,” a WGN show celebrating the lives of runaway slaves, got cancelled:

It's so messed up that a show like Underground gets cancelled but @HBO green lights this Confederate mess. Keep it.

HBO didn't wanna pick up Underground, but Confederate sounded like the next best thing. Ok

Still, it’s important to note that while Weiss and Benioff were cited as the big names behind the upcoming series, the duo will partner with two black executive producers — Nichelle Tramble Spellman of “The Good Wife” and Malcolm Spellman of “Empire” — in making “Confederate.” Then again, that HBO opted not to highlight that in the announcement may be a problem in its own right.

For more entertainment news, check out why people are upset at Disney for its casting decisions in the “Aladdin” remake. Then, see what the daughter of a Civil War soldier has to say about Confederate symbols.