A team of Australian researchers labeled the strange creature "headless chicken monster" due to its odd frame and webbed veil that looks almost like wings. 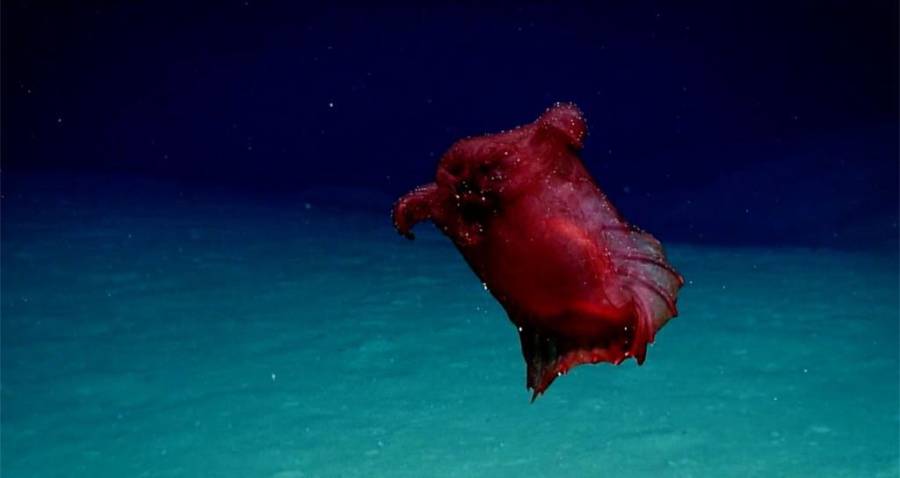 While testing out a new camera in the waters surrounding Antarctica, Austrailian researchers discovered what seemed to be a “headless chicken monster.”

According to a press release from the Australian government department of the Environment and Energy, the so-called monster is actually a species of deep-sea swimming sea cucumber known as Enypniastes eximia. This is the first time that the animal has ever been seen in the Southern Ocean and it is one of the few times the animal has been filmed outside of the Gulf of Mexico.

While the chicken monster doesn’t have any feathers, the bizarre footage does reveal an odd anatomy. The sea cucumber’s internal organs are on full display through the transparent skin. A strange webbed veil extends out from the sponge’s body like little chicken wings.

Weirder still, the sea cucumber has also a collection of tentacled feet on which it can crawl along the bottom of the ocean.

The first time the Enypniastes eximia was captured on film was in 2017 in the waters of the Gulf of Mexico. The odd creature is known to be unusually active as far as deep sea animals go and can grow up to nine inches long.

The researchers had spotted the sea cucumber on a mission in the Southern Ocean off the coast of East Antarctica in an effort to better understand how fishing has affected the sea floor in the area. “The cameras are providing important information about areas of seafloor that can withstand this type of fishing and sensitive areas that should be avoided,” Dr. Dirk Welsford, the leader of the Australian Antarctic Division Program said.

The camera the team used is a new, durable lens attached to toothfish longlines. It was specifically designed to give researchers easy insight into life for animals in the deep water.

“We needed something that could be thrown from the side of a boat, and would continue operating reliably under extreme pressure in the pitch black for long periods of time,” Dr. Welsford said. “Some of the footage we are getting back from the cameras is breathtaking, including species we have never seen in this part of the world.”

The cameras will then send their data to the Commission for the Conservation of Antarctic Marine Living Resources, which is the international organization that manages the Southern Ocean. 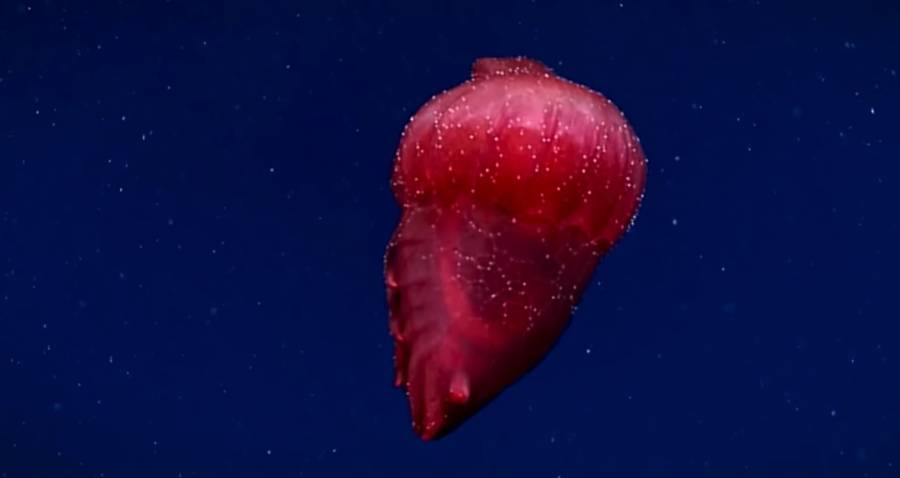 Though the information from this expedition will be used to help preserve our planet’s oceans, its current claim to fame is bringing the “headless chicken monster” in all of its creepy glory to the world.

Next, read about Mike, an actual headless chicken who lived for 18 months without his head. Then take a look at these seven frightening and bizarre ocean creatures.