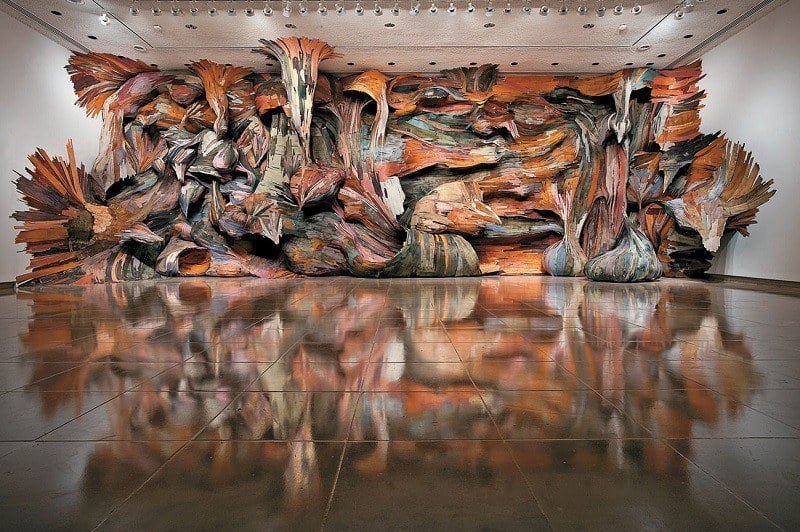 Source: Art For Your Wallpaper

Henrique Oliveira’s artwork is unparalleled. Whether observing his colorful paintings or walking through a larger-than-life installation, viewers are enthralled by both the immensity and the unique appearance of his paintings, sculptures and art installations. Though the Brazilian artist lives and works in São Paulo, his work has crossed oceans, being displayed and installed in museums and galleries worldwide. 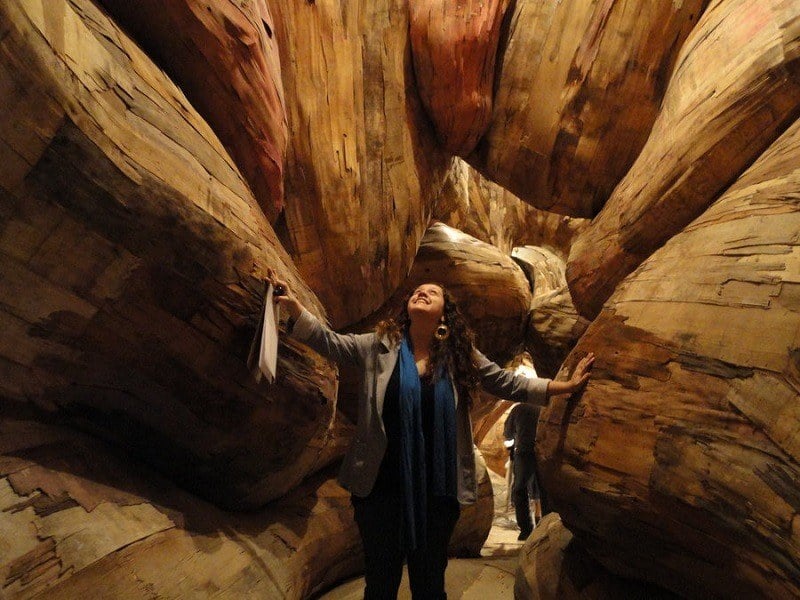 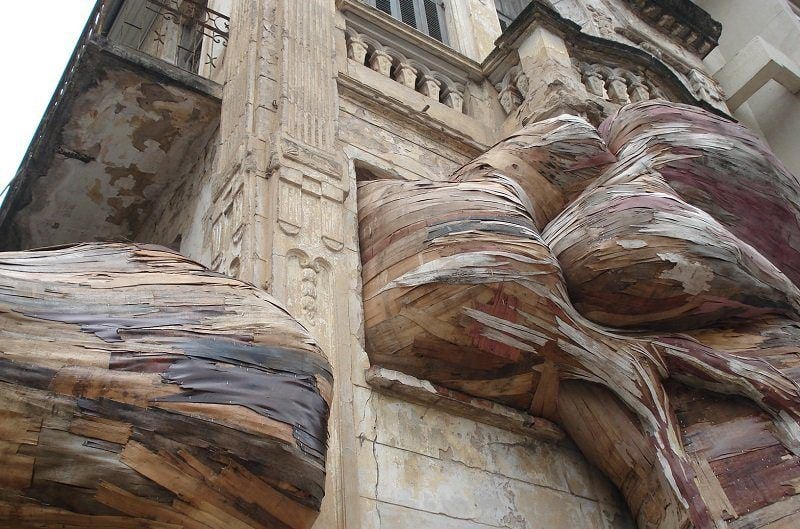 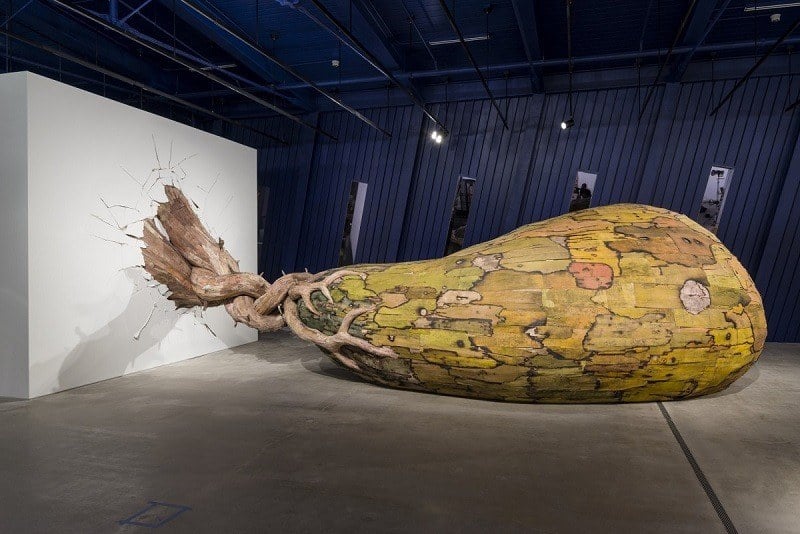 For a recent installation in São Paulo, Henrique Olivera built a massive structural work inspired by a plant’s root system. Built from repurposed wood called tapumes, the artwork was so immense that museum visitors could interact with the curved wood and crawl through the series of tunnels. Transarquitetônica combined a variety of artistic techniques, including sculpture and painting. While this intricate installation is one of Henrique Oliveira’s larger installations, it is very indicative of the style he’s known for: obliterating the line between man and nature and transforming ordinary spaces into organic architectural feats. 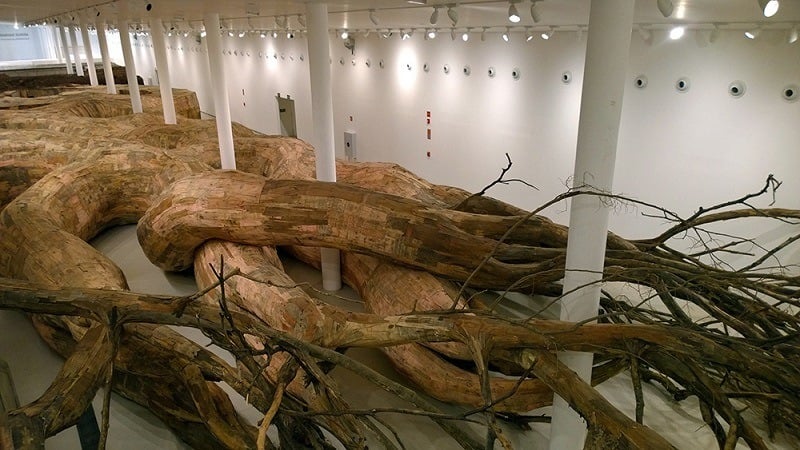 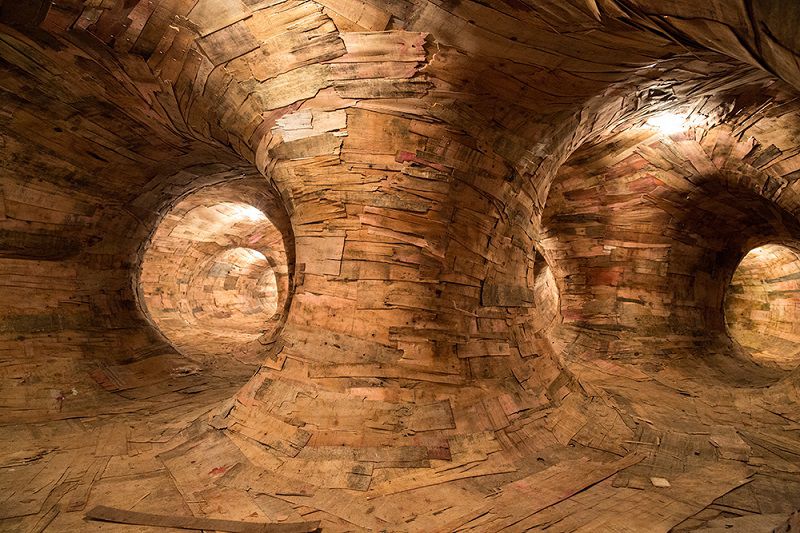 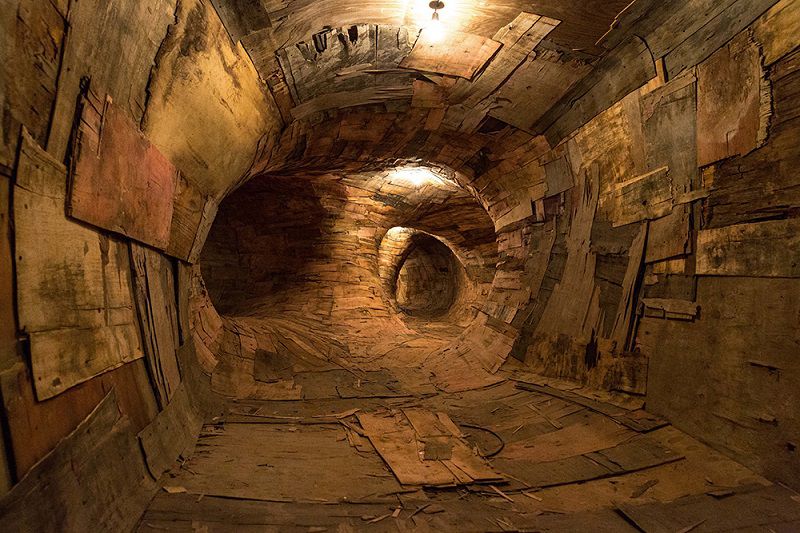 Interestingly enough, Henrique Oliveira often uses tapumes to create many of his installations. In Portuguese, the word means “boarding” or “enclosure,” and often refers to the scrap wood used to create temporary scaffolding and fences at construction sites.

Oliveira is so fond of the inexpensive, eco-friendly medium that he has even named various installations after it. In 2013 at the Parisian gallery Palais de Tokyo, Henrique Oliveira used his signature tapumes and PVC piping to merge ordinary white posts into an intersecting, ethereal Gordian Knot. 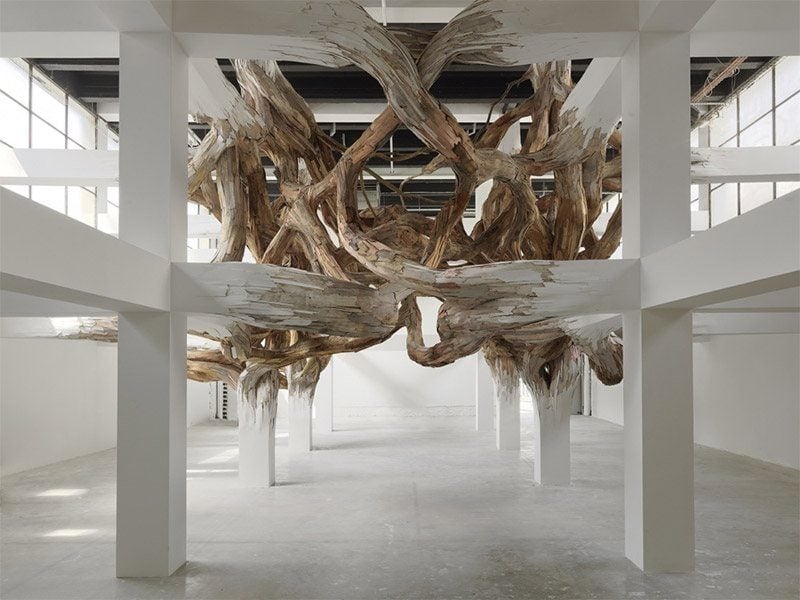 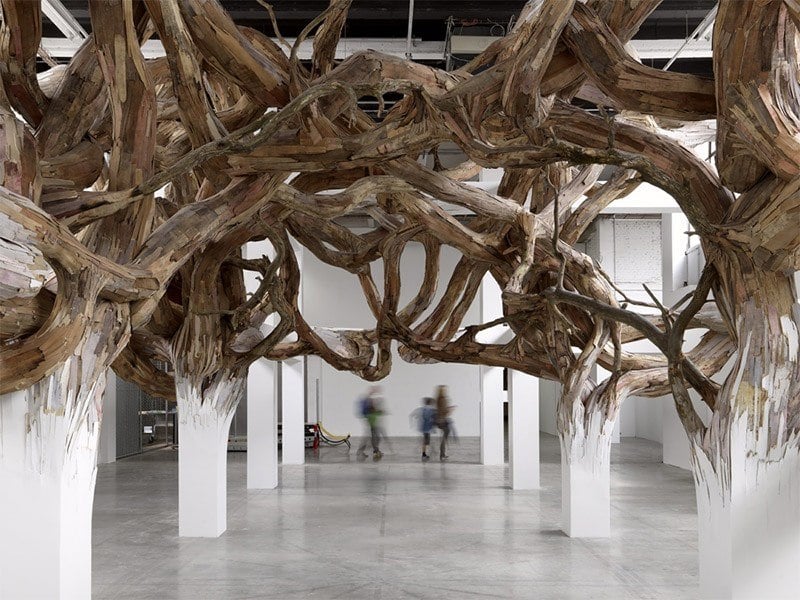 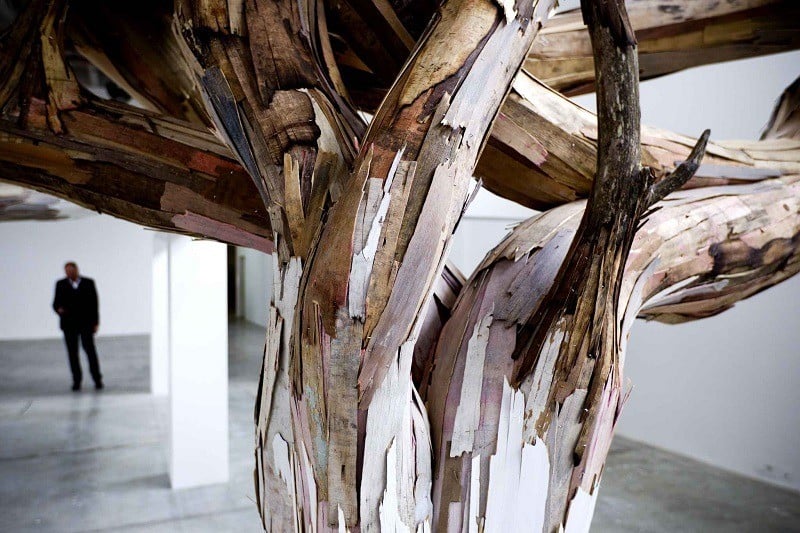 In a separate project, Henrique Oliveira sought to explore other materials, particularly those that were free to acquire. As part of the “Something from Nothing” theme, he and his group constructed a “cloud”–installed at the New Orleans Contemporary Arts Center–entirely from donated and recycled mattresses, stuffed animals and pillows. Though different from his usual installations, one can easily see remnants of his personal style within the work. You can see the bizarre work, along with some of Oliveira’s paintings, in the images below. 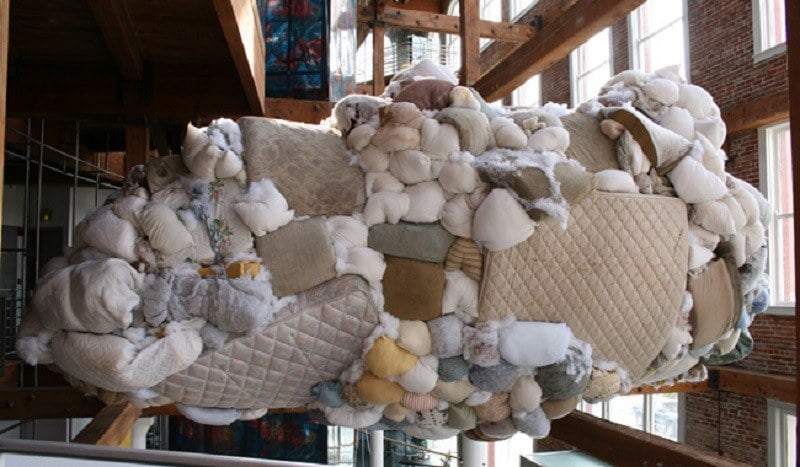 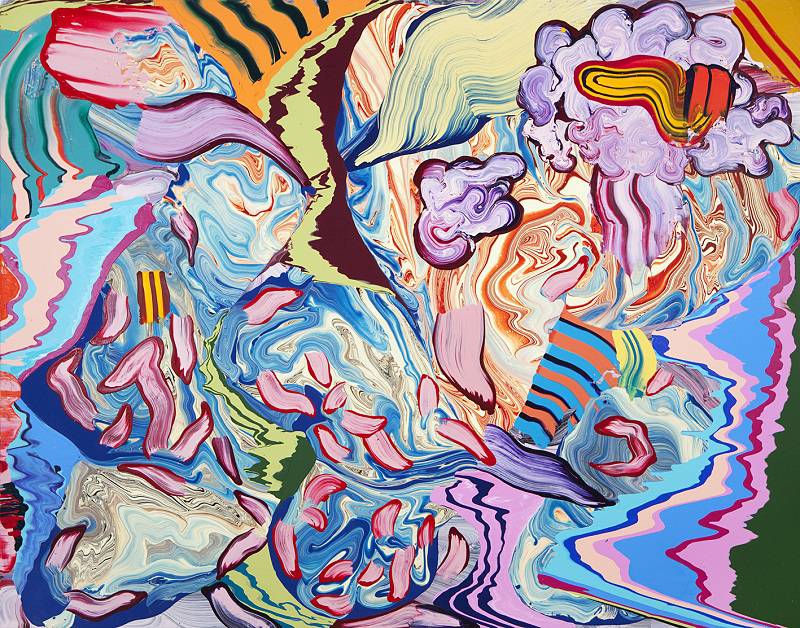 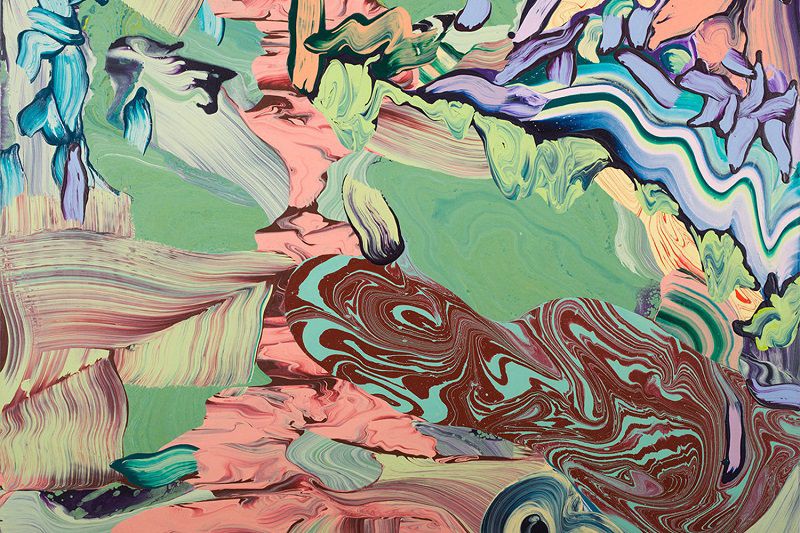 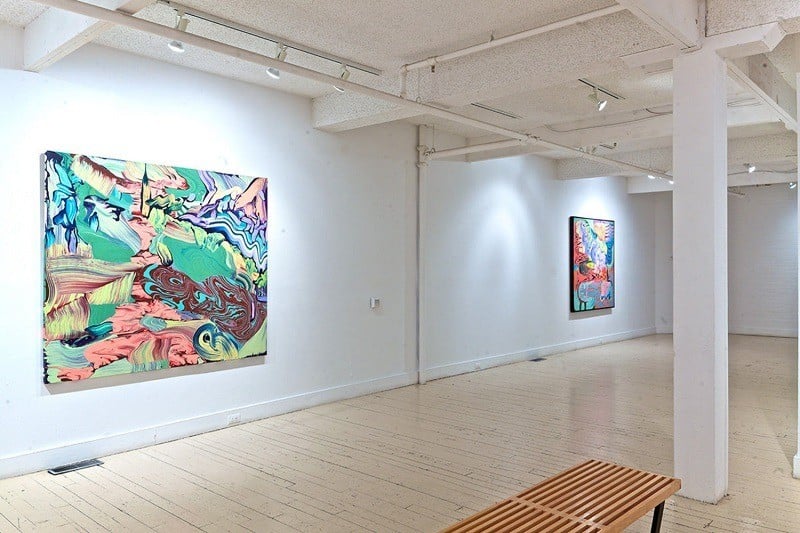