About two-thirds of the adult population has some form of herpes, but that doesn't mean it can't be deadly. 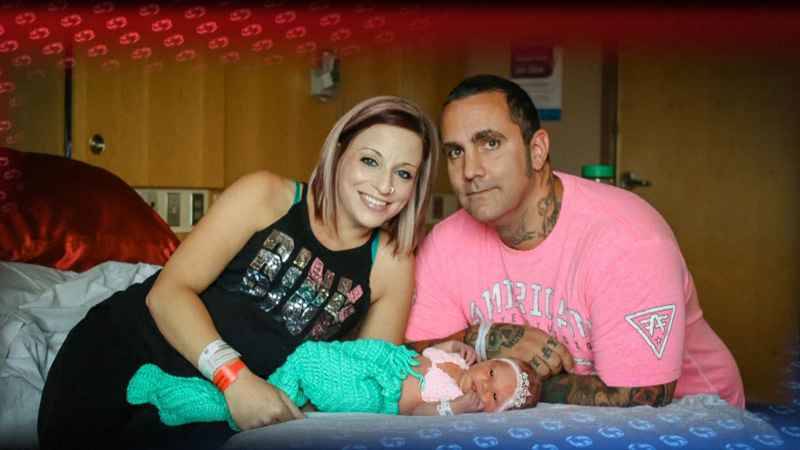 As many as 90% of American adults have been exposed to Herpes simplex virus (HSV-1) — the kind of infection that gives you cold sores and fever blisters.

Though it can be spread by kissing and sometimes causes genital herpes, the disease is so prevalent that there isn’t a stigma associated with it.

But after an 18-day-old girl in Iowa died this week, her parents are blaming a well-intentioned kiss for taking their daughter’s life.

Mariana Sifrit’s parents, Nicole and Shane, got married one week after her birth. A few hours after the wedding, they noticed their daughter wasn’t eating and wouldn’t wake up.

The baby had contracted viral meningitis, which inflames the tissue covering the brain and spinal cord. It is caused by the herpes virus, but only very rarely.

The baby spent her last week of life in University of Iowa Children’s Hospital before passing away on Tuesday.

♡ Our princess Mariana Reese Sifrit gained her angel wings at 8:41 am this morning in her daddy's arms and her mommy…

Nicole and Shane both tested negative for HSV-1 and hope to use Mariana’s story to help other parents avoid such a tragic loss.

“Don’t let anyone kiss your baby,” Nicole wrote on Facebook the day after Mariana was admitted to the hospital. The parents still aren’t sure who gave their daughter the virus, though plenty of people could have since most of those infected never know they have it.

“Our princess is fighting for her life on life support after being discharged 100 percent healthy (when she was born). This has to be the worse nightmare I’ve ever lived.”

Though this is a horrible and frightening story, new parents shouldn’t be overly alarmed, doctors warned.

It is exceedingly uncommon for a baby to contract HSV-1 through a kiss. Only about 10 of the 40,000 babies born in Iowa each year contract the virus (the vast majority of them from their mother during birth), and fewer than that will die.

Dr. Amaran Moodley, who specializes in pediatric infectious diseases at the hospital where Mariana was treated, suggested ensuring all caregivers are immunized, washing hands a lot, and avoiding direct contact between newborns and anyone with cold sores or rashes.

“If you have a cold sore, that is a risk, but mostly avoid direct contact,” Moodley told The Des Moines Register. “I want to ease people’s concerns about not kissing your baby.”

Next, read about a baby that died after being fed an all gluten-free diet. Then, Canada officially recognized the world’s first “genderless baby.”