From Indigenous territories in pre-colonial America to the height of the Nazi regime, these maps explain history better than any textbook. 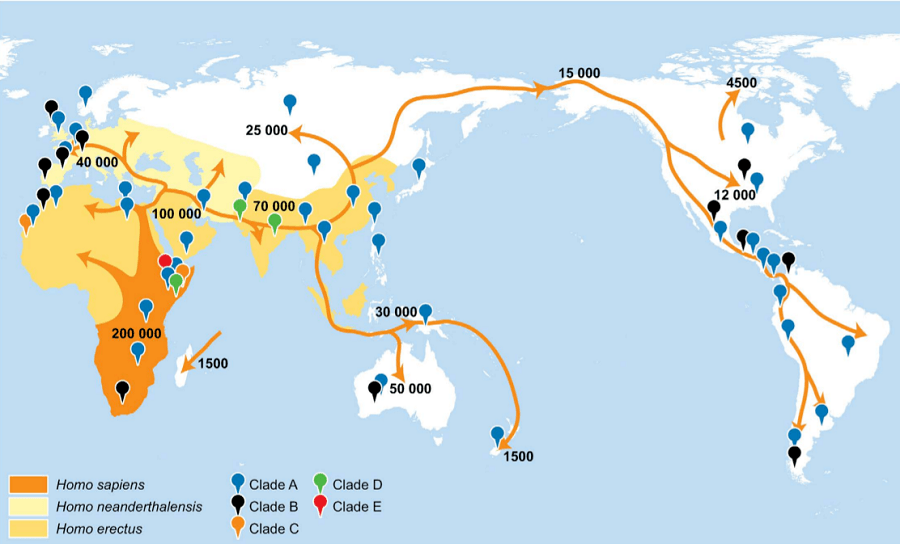 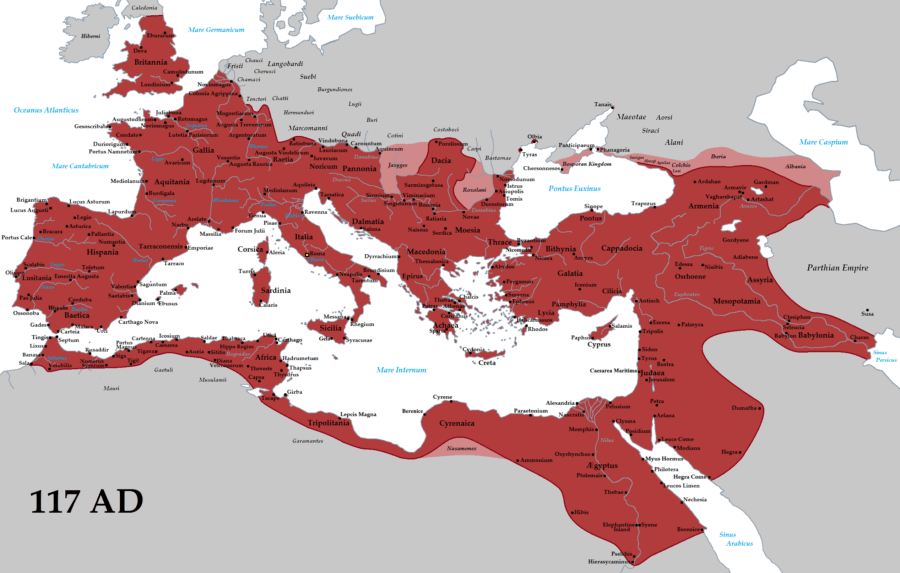 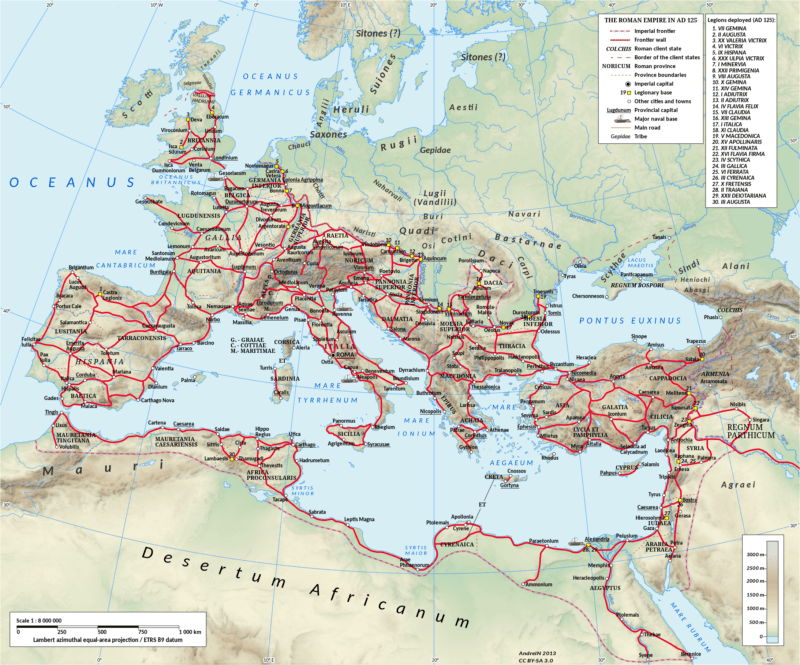 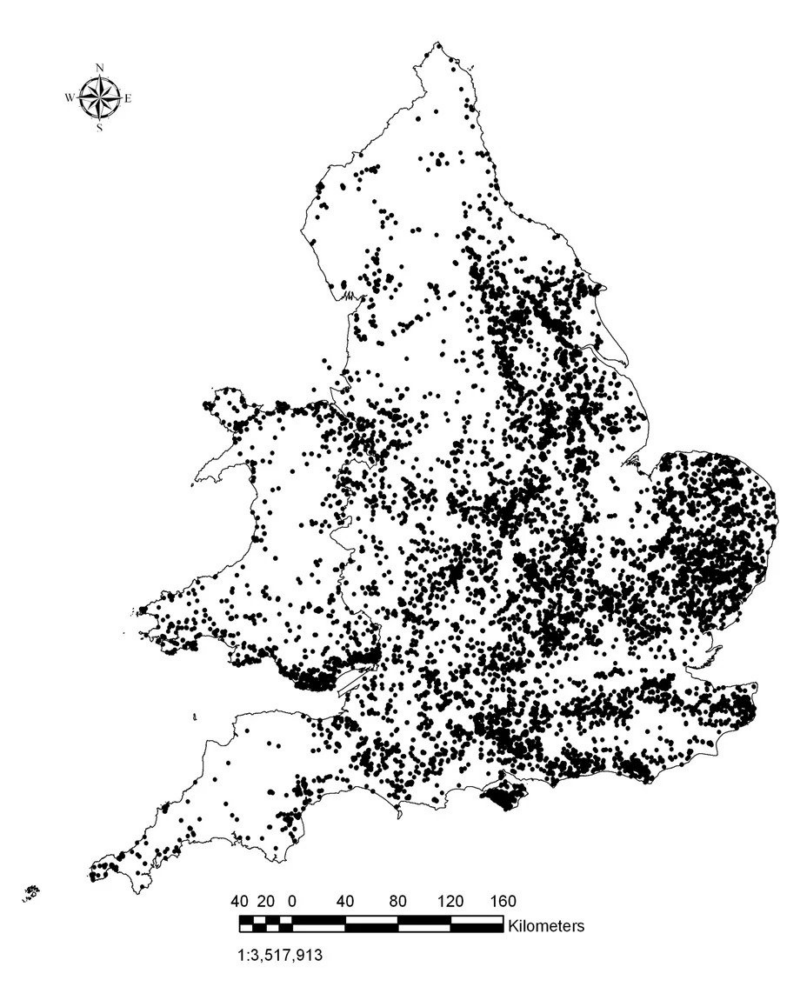 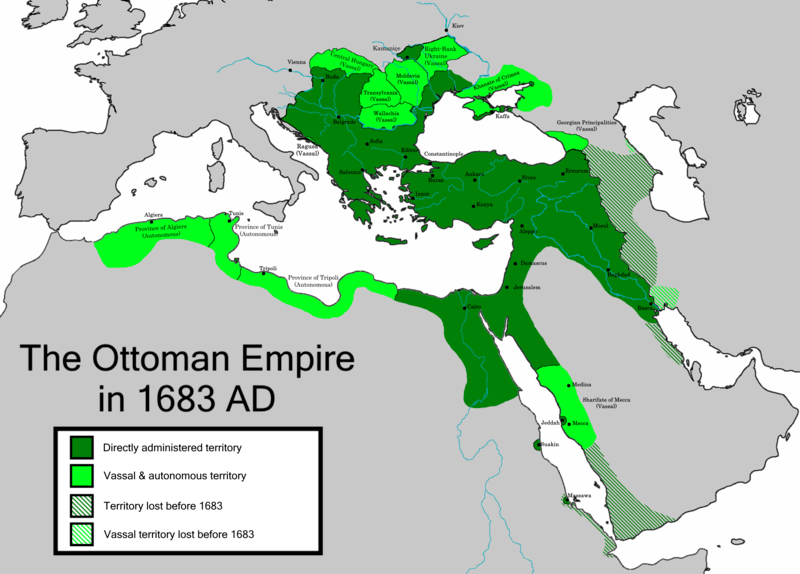 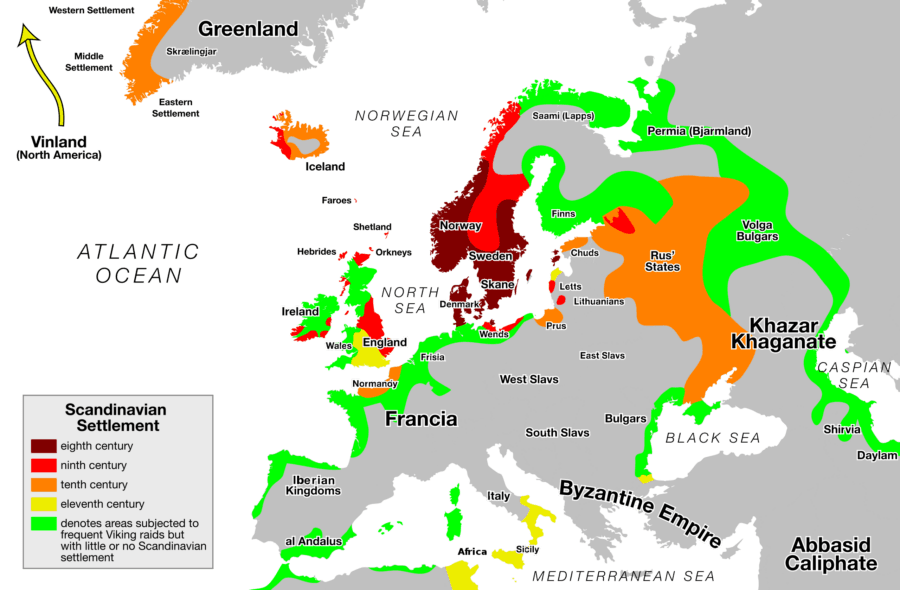 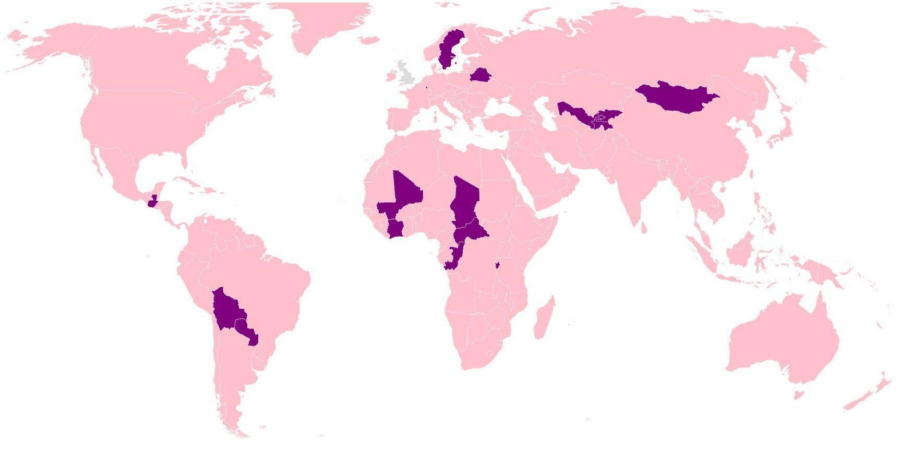 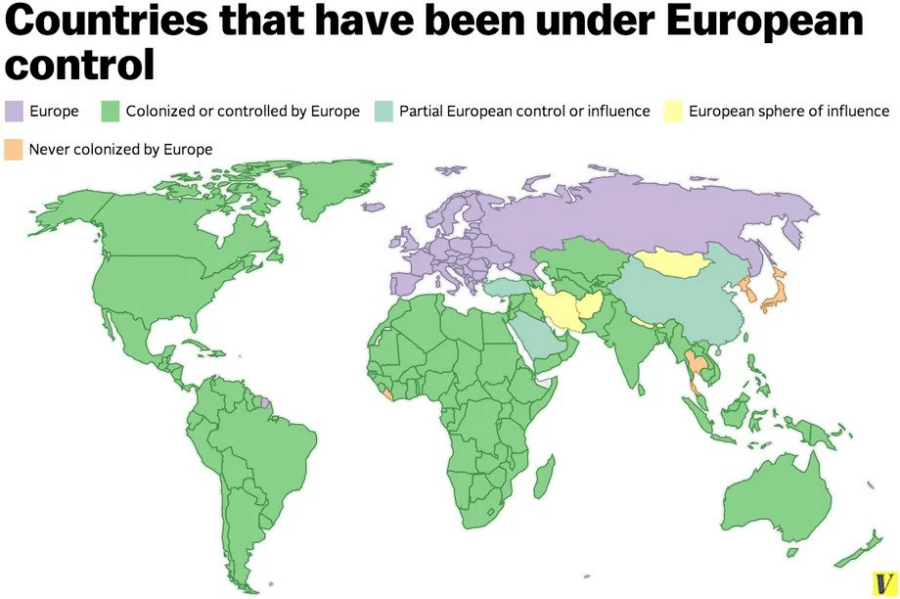 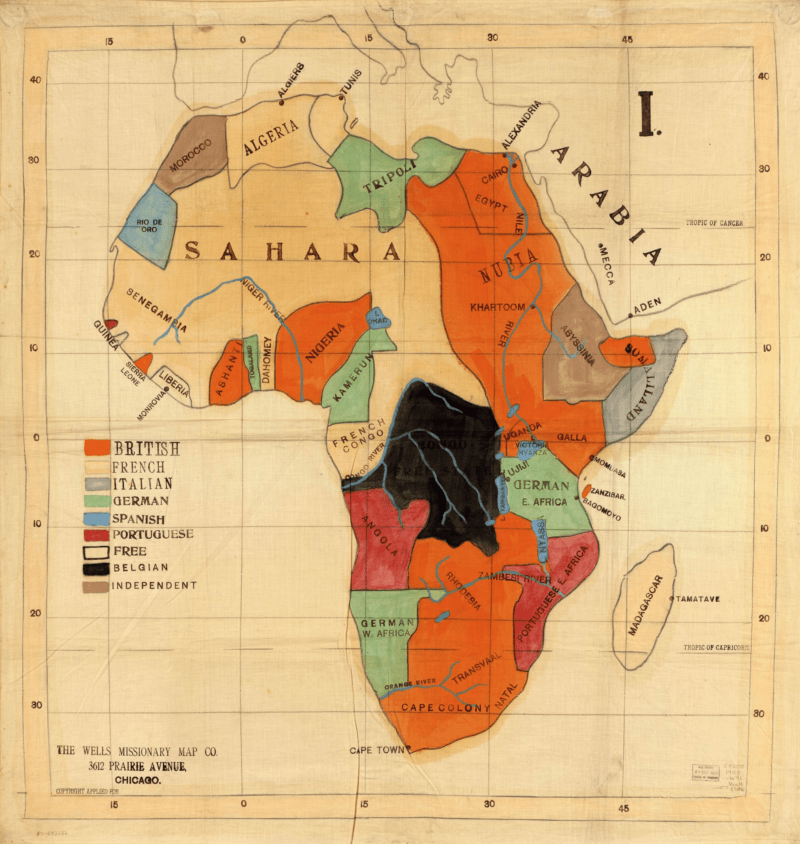 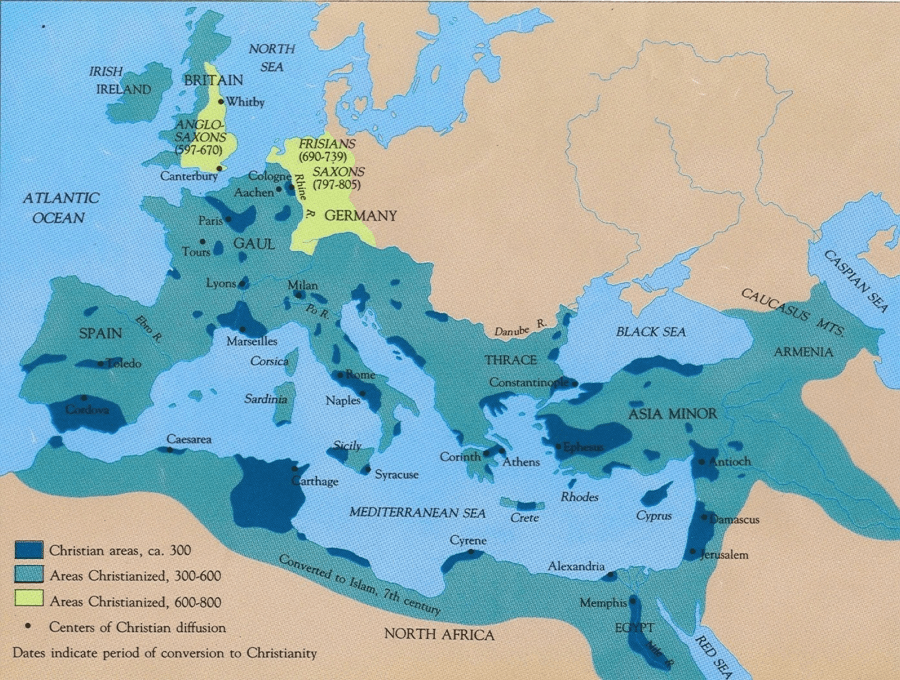 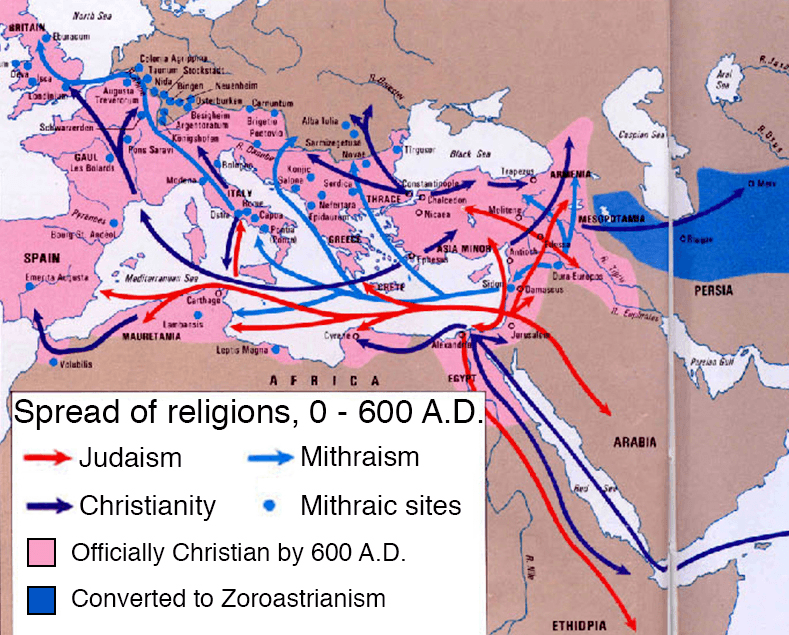 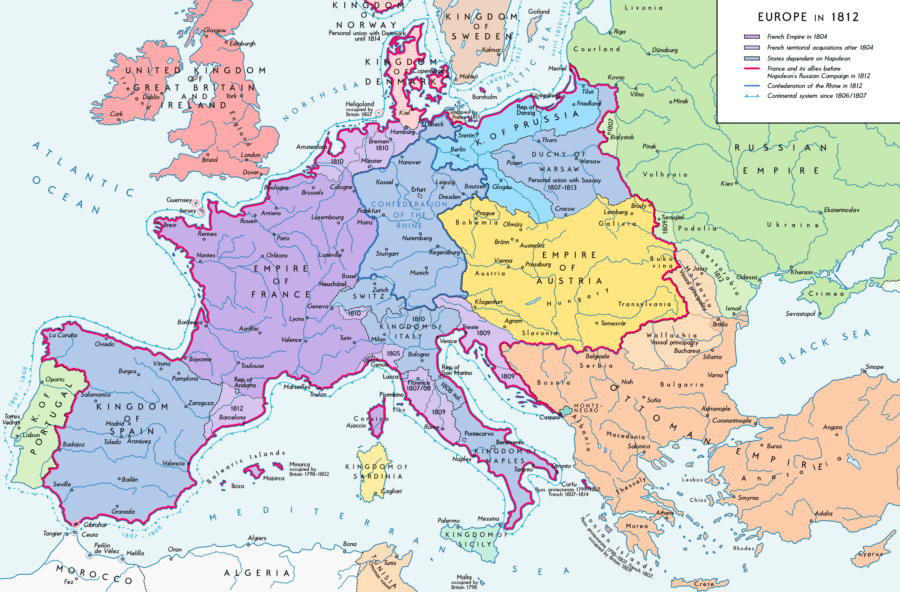 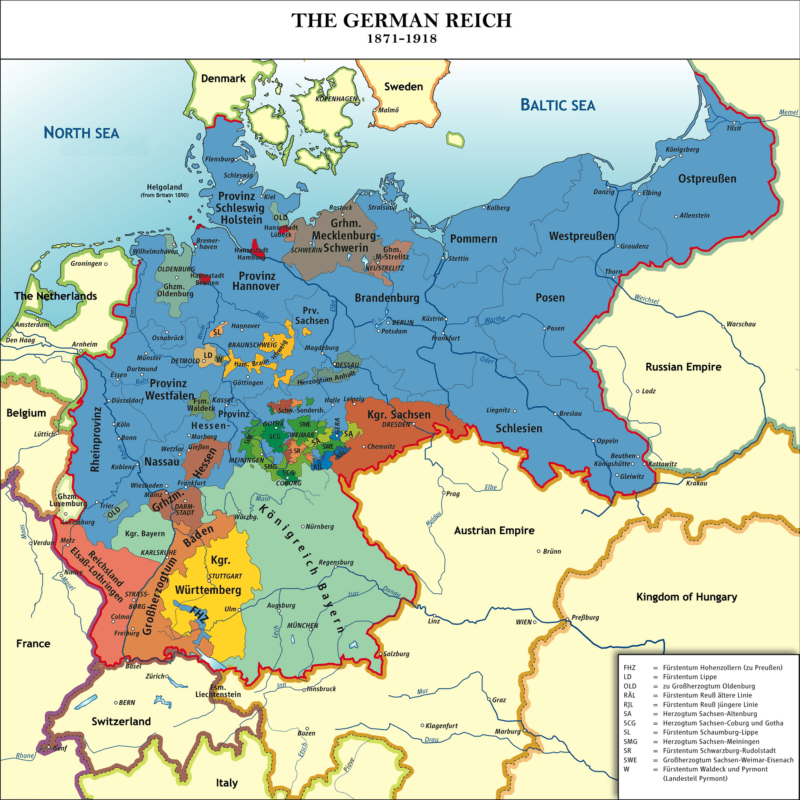 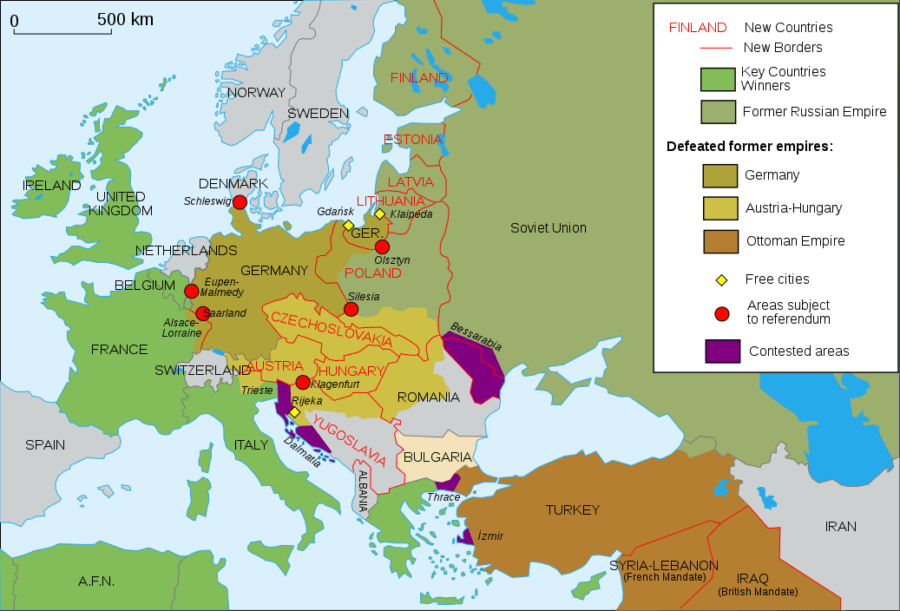 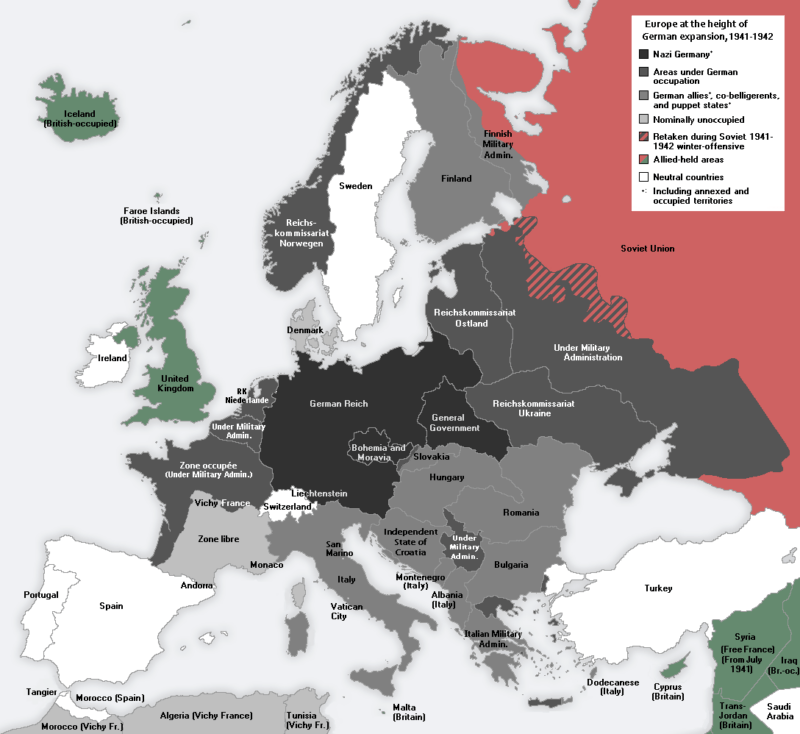 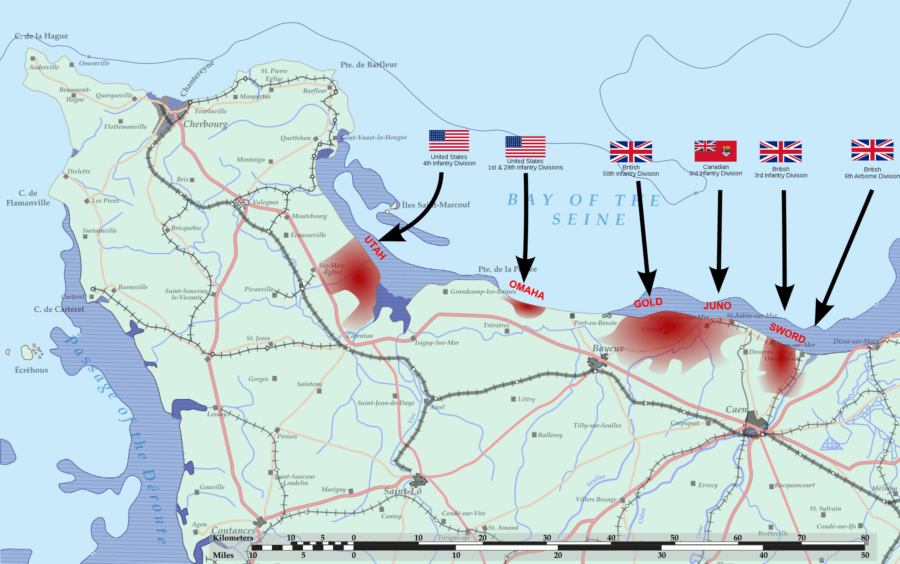 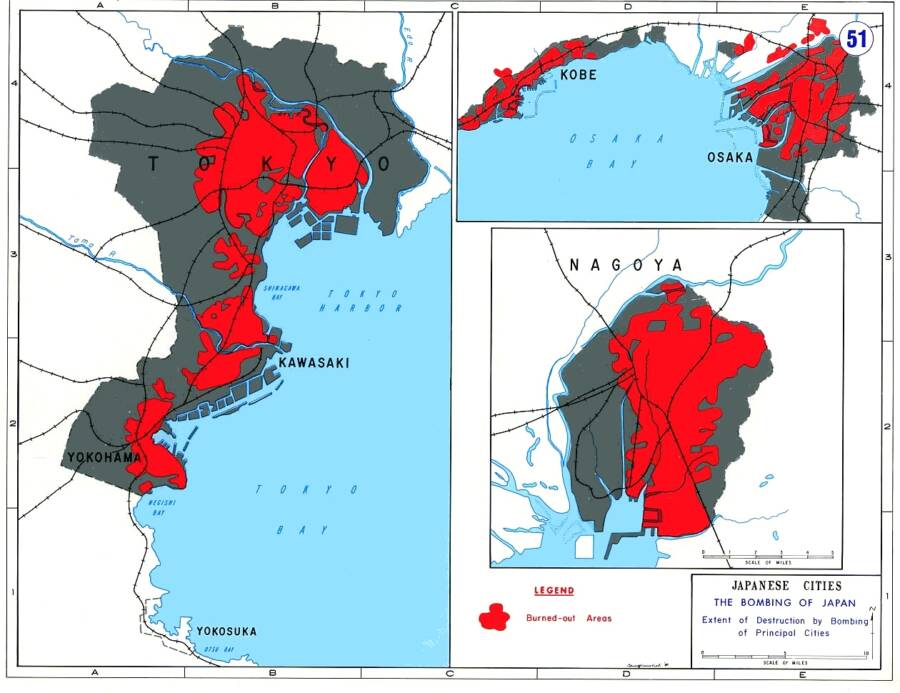 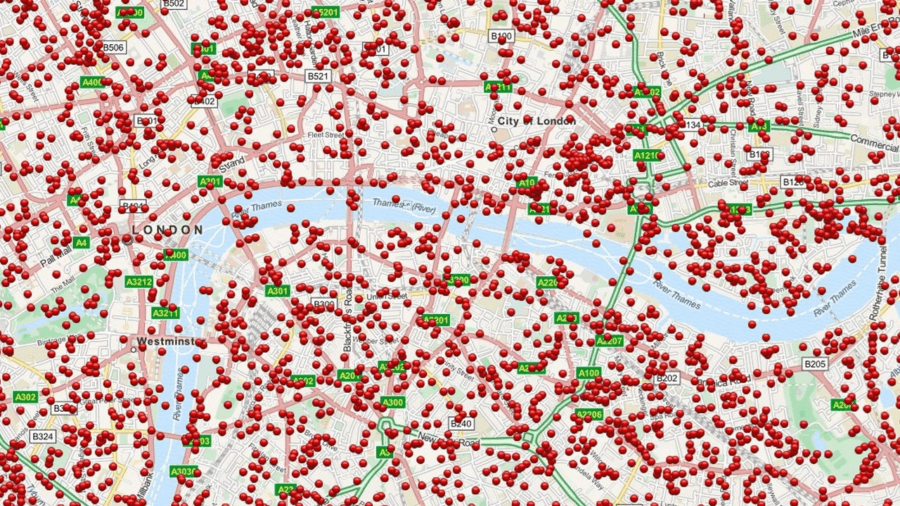 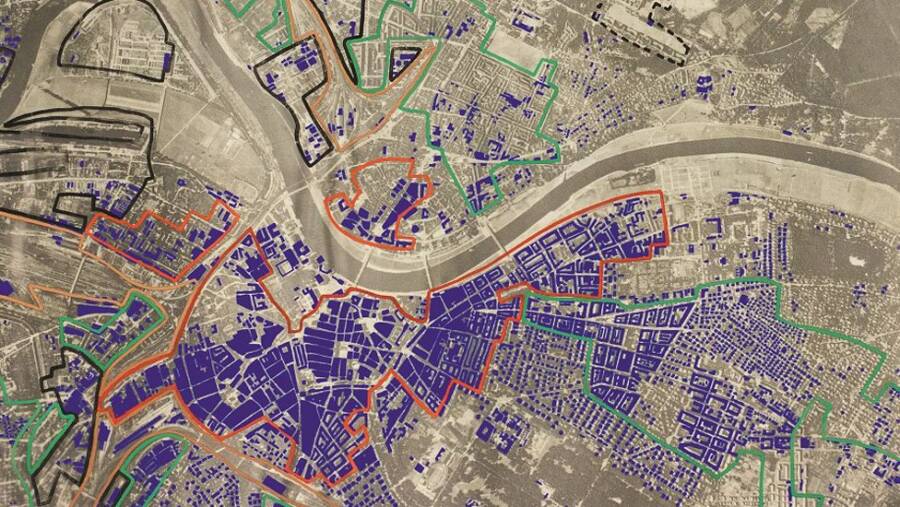 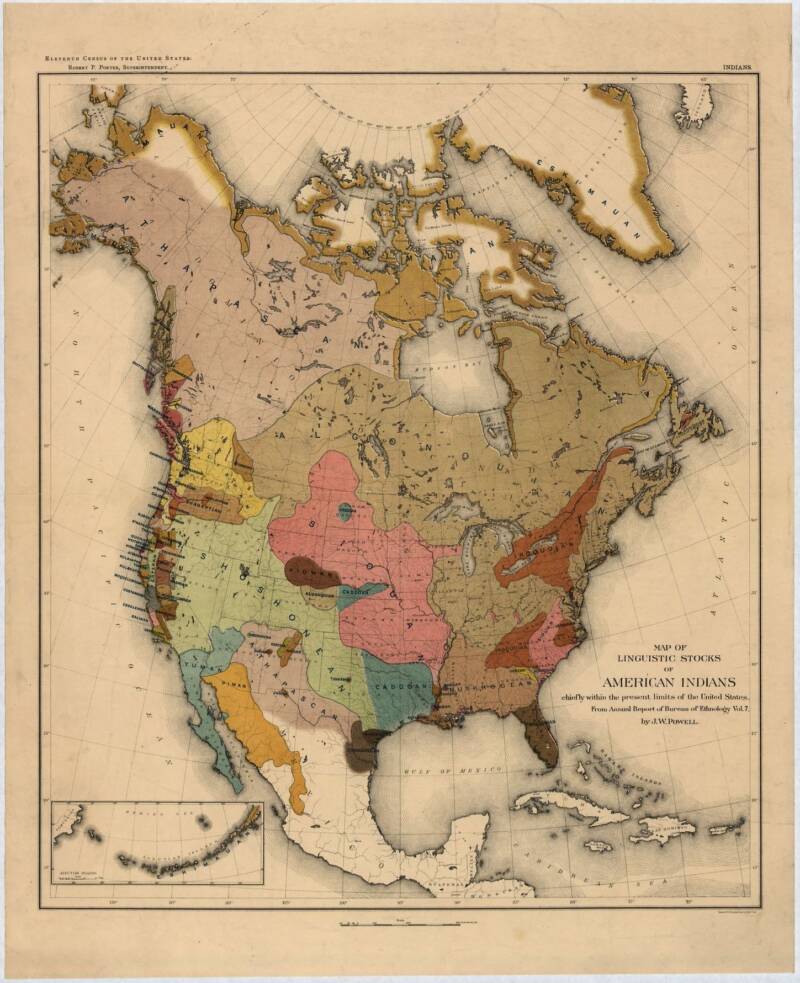 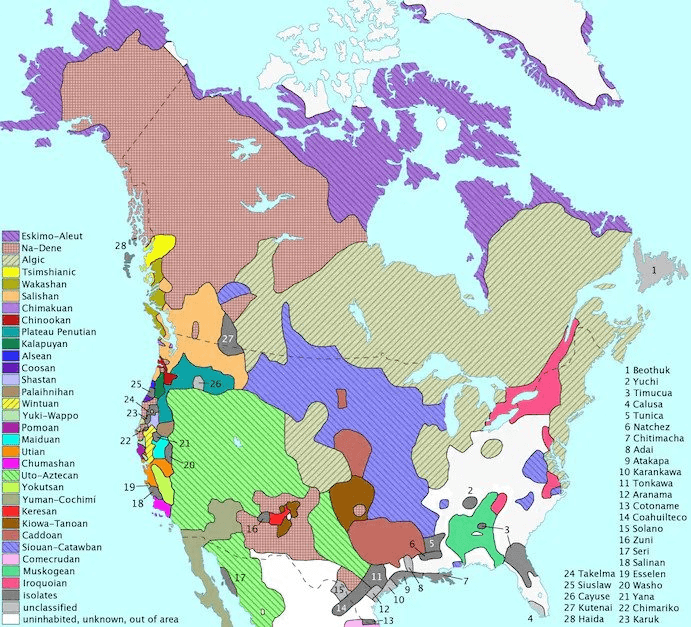 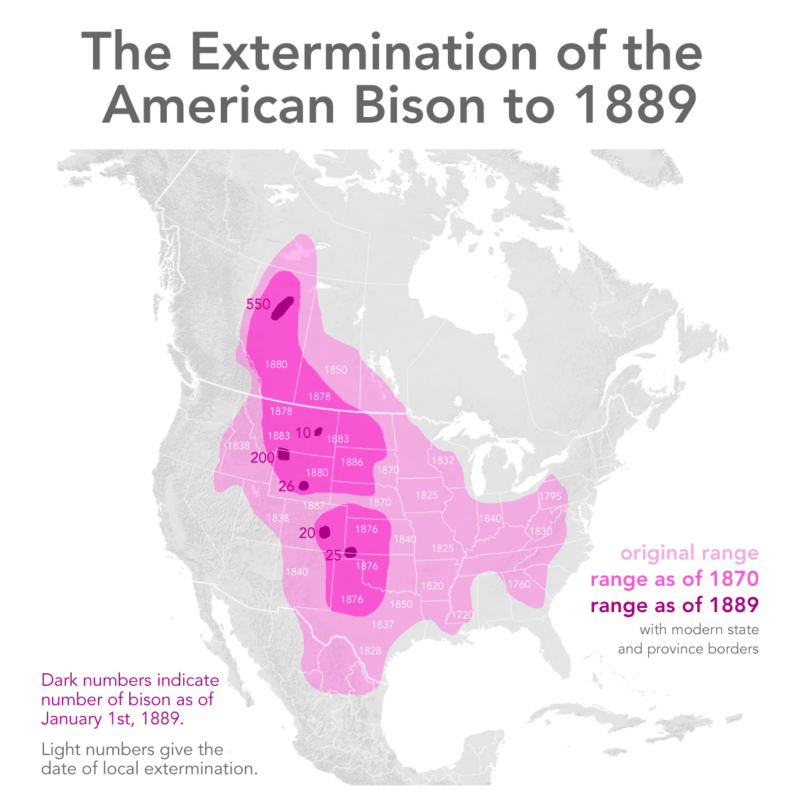 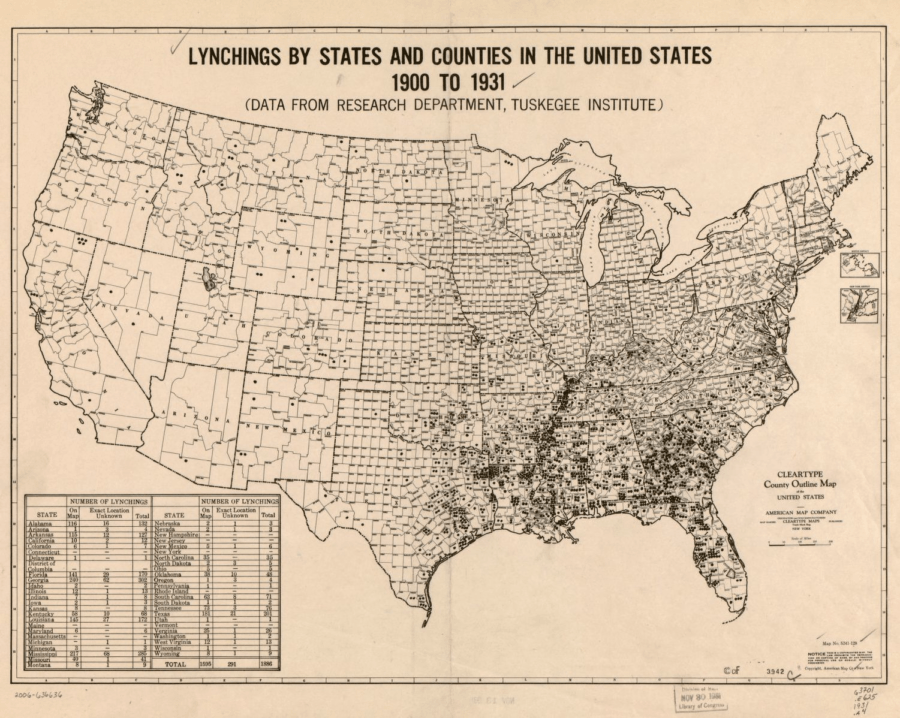 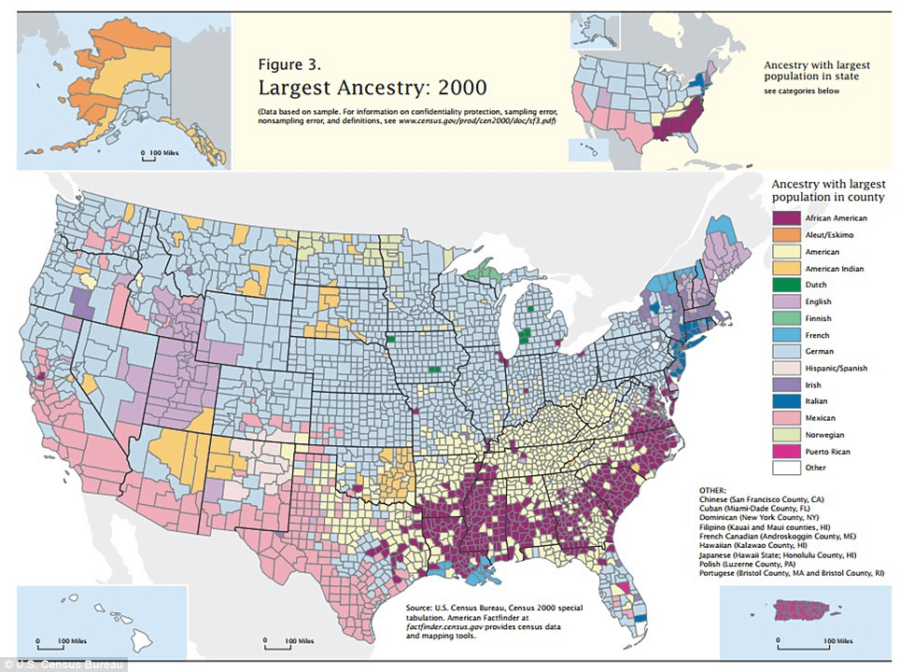 This simple map shows how early humans started to spread across the globe.
2 of 36

Height Of The Roman Empire

This map shows the impressive reach of the Roman Empire at its peak, around 117 AD. Wikimedia Commons
3 of 36

Rise And Fall Of The Roman Empire

For another perspective on the Roman Empire's growth (and decline), check out this animated history map. Wikimedia Commons
4 of 36

They say all roads lead to Rome, and the Roman Empire did indeed have an impressive network of roads that stretched across Europe, the Middle East, and North Africa. Wikimedia Commons
5 of 36

For another way to imagine Rome's reach, consider this history map. Every dot marks a place where Roman coins have been found in Britain. Portable Antiquities Scheme/Flickr
6 of 36

Expansion Of The Mongol Empire

The Roman Empire may have been grand for its time — but it was nothing compared to that of the Mongols.

At its height, the Mongol Empire controlled a whopping 12 million square miles, making it the largest contiguous empire in world history.

Initially founded by Genghis Khan, the empire began in 1206 thanks to Khan's ability to unite nomadic tribes and to conquer large swaths of land across Asia. Wikimedia Commons
7 of 36

Height Of The Ottoman Empire

The Ottoman Empire, too, once stretched far and wide. Here is the expanse of its territory in 1683, when the empire sprawled across 2 million square miles. Wikimedia Commons
8 of 36

Though not as expansive as the Romans or the Mongols, the Vikings certainly left their mark on history. This map shows how their settlements spread, and which areas of Europe were most vulnerable to their attacks. Wikimedia Commons
9 of 36

Countries That Were Never Invaded By The British

"The sun never sets on the British Empire."

Indeed, the British Empire once spanned almost the entirety of the planet. From the Age of Exploration to its waning days in the mid-20th century, nearly 98 percent of Earth's present-day population lives in a country that was once colonized or subjugated by the British.

Just 22 countries in the world have never been invaded by the British — and they're shown in purple on this map. Author Stuart Laycock
10 of 36

Likewise, much of the world has been colonized by Europe. Only a few countries (shown in light orange and yellow) escaped direct control by Europe. Max Fisher/Vox
11 of 36

This 1908 map shows how Europe carved up Africa through colonization.

Though some of these boundaries still hold true today, many European colonizers divided Africa with little regard for its diverse tribes, cultures, and languages. Stark divisions within countries continue to contribute to unrest and violence to this day. Library of Congress
12 of 36

Spread Of Christianity In Europe

Christianity started out small, but rapidly spread across Europe. Though early Christians were persecuted by the Roman Empire, Rome eventually became an important holy city to Christians — especially Catholics — as the home of the Vatican. oglach/Reddit
13 of 36

Spread Of Religions From The Middle East

Christianity was far from the only religion to find believers across the world. Like Judaism and Mithraism — a religion based on astrology that existed between the 1st and 4th centuries A.D. — Christianity emerged in the Middle East and rapidly spread.The Concise Atlas of World History
14 of 36

Spread Of Islam In The Middle East

This world history map shows the spread of Islam. Introduced by the Prophet Muhammad in the 7th century, Islam spread rapidly across the Middle East and remains the region's primary religion to this day. Wikimedia Commons
15 of 36

At the onset of the 19th century, Napoleon Bonaparte marched across much of Europe. This map shows the peak of Napoleon's empire, which began to decline after his failed Russian campaign of 1812. Wikimedia Commons
16 of 36

This map shows the sprawl of the German Reich during the late 19th and early 20th centuries. Once German states unified in 1871, they formed a massive state, which threatened the balance of power in Europe. Wikimedia Commons
17 of 36

Europe After World War I

After World War I, Germany's borders were greatly reduced. All of Europe looked different following the conflict. Wikimedia Commons
18 of 36

At the height of the Nazi regime, the Third Reich controlled most of the European continent. From areas under direct occupation to German puppet states, Nazi rule stretched from France to the Balkans to western Russia.

Though they were slowly turned back by the Red Army, Adolf Hitler refused to accept defeat until 1945 — ensuring that much of Germany would be reduced to rubble by the end of World War II.Wikimedia Commons
19 of 36

But World War II was truly a world war. In this animated world history map of Europe, Asia, and Africa, you can see how alliances dramatically shifted during the victories and losses of the war. EmperorTigerstar/YouTube
20 of 36

Map Of The D-Day Attack

On June 6, 1944, the Allied powers launched an aggressive attack by storming the beaches of Normandy. This map shows the extent of their assault. More than 4,000 Allied troops died, but British, American, and Canadian forces were able to breach the Nazis' defenses. This helped turn the tide against Germany during the war.Wikimedia Commons
21 of 36

This remarkable map, which depicts the days following D-Day, shows how the balance of power swiftly shifted. EmperorTigerstar/YouTube
22 of 36

This map shows, in red, how much of major Japanese cities were destroyed by bombing during World War II.

In addition to nuclear bombs, Japan was also devastated by fire bombings. Wikimedia Commons
23 of 36

Likewise, this map shows every place in London that was bombed during the Blitz, which took place between October 7, 1940, and June 6, 1941. More than 40,000 British civilians were killed in these attacks during World War II. Bomb Sight project
24 of 36

Dresden, Germany, was also extensively bombed during World War II. The purple areas on the map show areas destroyed or badly damaged by these attacks. Imperial War Museum
25 of 36

Jewish Population In Europe Before And After The Holocaust

The Holocaust decimated Europe's Jewish population, killing some six million Jews by the end of World War II. The devastating impact of the Holocaust can still be seen in Europe today, where the Jewish population has remained relatively small compared to 1933. Jewish Data Bank
26 of 36

The Spread Of The United Nations

Out of the horror of World War II, however, came the hopeful idea for the United Nations.

This map shows how membership slowly but steadily spread over much of the globe. Of the 195 countries recognized by the United States, 193 are U.N. members.Wikimedia Commons
27 of 36

This map shows the great swaths of land held by different Native American tribes before European settlers arrived in North America. Library of Congress
28 of 36

Indigenous Languages In The Americas Before Colonization

Similarly, this map shows the division of languages among various Indigenous American tribes. Wikimedia Commons
29 of 36

Extermination Of The American Bison

This startling map shows how herds of the American bison were steadily and systematically slaughtered, especially during the late 19th century.

After the Civil War, Americans increasingly pushed west into land held by Indigenous people. To eradicate these tribes — or at least force them to submit to American authorities — the U.S. government decided to wipe out their primary source of food: bison.

They put Civil War hero William T. Sherman in charge of the endeavor, who said, "I think it would be wise to invite all the sportsmen of England and America…this fall for a Grand Buffalo hunt and make one grand sweep of them all."Wikimedia Commons
30 of 36

Slave States And Free States Before The Civil War

This map shows the teetering balance between "slave states" and "free states" leading up to the Civil War. Though American policymakers tried to avoid conflict with various compromises, the tension over slavery in the United States eventually boiled over into war. Wikimedia Commons
31 of 36

Lynchings In The United States

This powerful map shows the recorded lynchings across the United States from 1900 to 1931, represented with dots. Though most were concentrated in the South, lynchings happened all over the country. Library of Congress
32 of 36

Ever since the Civil War, Americans have swung between supporting Democrats and Republicans for president.

Though the South used to favor Democratic candidates, and the North used to favor Republican ones, shifting demographics and party priorities eventually switched regional preferences in many areas. Wikimedia Commons
33 of 36

This animated map shows how immigration trends changed in the United States, from primarily German immigrants to primarily Mexican ones. Pew Research Center
34 of 36

Diversity In The United States

This map helps paint a picture of American diversity. It highlights which ethnicities have made a home in certain counties in the greatest numbers — and where these communities were living by the year 2000. U.S. Census Bureau
35 of 36

Evolution Of The United States

The United States famously started as 13 colonies before solidifying into states and expanding into territories. This map shows the evolution of the United States — and how it became the country we know today. Wikimedia Commons
36 of 36 Some of the historical maps displayed above highlight how empires have risen and fallen throughout the centuries. We can learn how the Mongols once consumed a continent. We can see how Roman roads once stretched across Europe, the Middle East, and North Africa. And we can marvel at how the Ottoman Empire came to spread across 2 million square miles.

Other history maps show how warfare has touched various places around the world, and how things have changed after these battles have passed.

Several of the historical maps in the gallery focus on North America. While perusing them, you can learn about the decimation of the American bison. You can also see how diverse Indigenous tribes once controlled large swaths of land throughout the continent before European settlers arrived.

In one particularly engaging map, you can take a look back at the results of every U.S. presidential election from 1860 to 2004.

All in all, these history maps present the path of mankind in a variety of ways. Instead of telling just one narrative, they explore the evolution of people, places, and politics from above. Using the natural boundaries of continents, they show how human history has shifted with time.

Sometimes, they tell tragic stories from the past. Other times, they present a more hopeful future.

After looking through these world history maps, check out these maps that explain America. Then, take a look at these unique world maps that you won't find in any textbook.